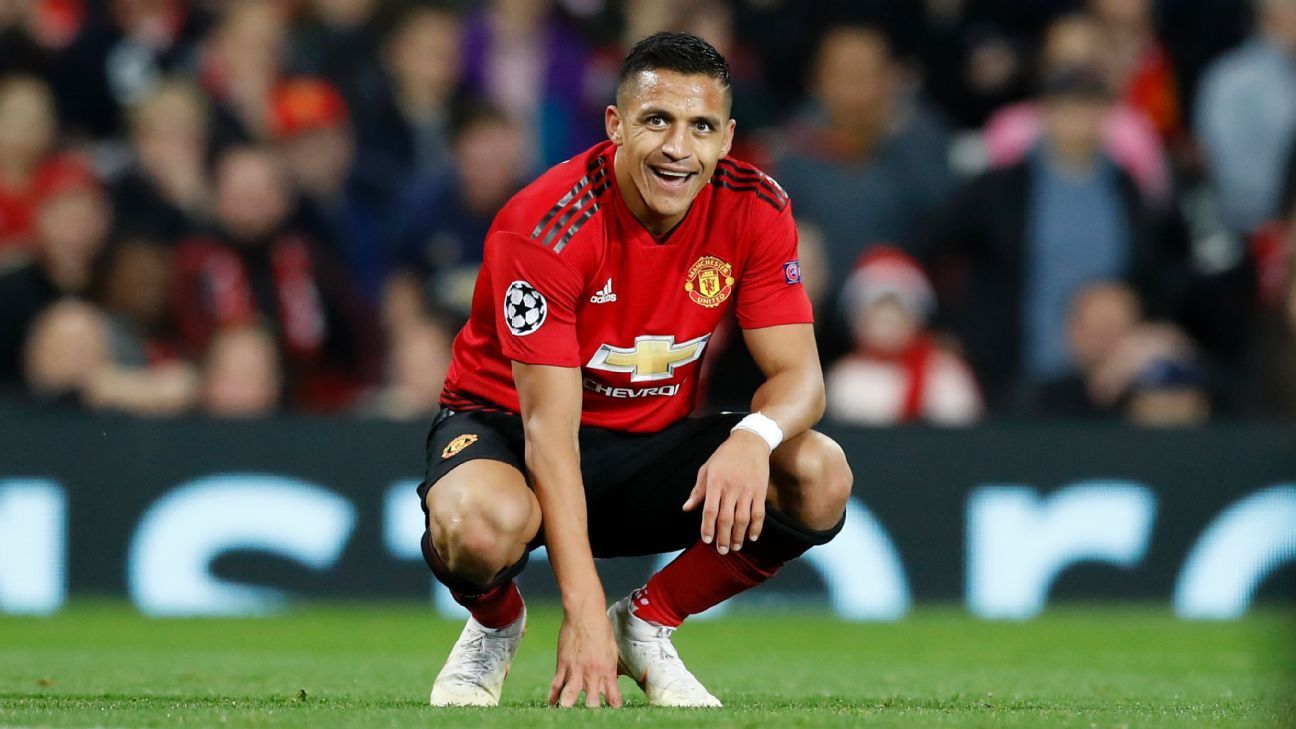 Alexis Sanchez is aiming to leave Manchester United in January after becoming “deeply disillusioned” with his lot at Old Trafford. The Chile international has lost his place in the first team, starting just five games for United since the start of the season.

The 29-year-old, who has scored just three Premier League goals since moving to the Red Devils, has supposedly confided to his inner circle that he wants out as soon as possible.

And according to the Daily Mail, Sanchez’s representatives are now in the midst of sounding out PSG in view of a potential big-money escape when the transfer window opens again next year.

PSG are seen as one of few clubs worldwide who could possibly come close to matching the forward’s exorbitant £500,000-a-week wages while also stumping up a transfer fee meaty enough to lure United into letting their man go.

22.32 BST: That’s going to do it for Friday’s live edition of Transfer Talk. Be sure to check back in a few short hours, when we return with all the latest gossip pulled from Saturday’s back pages.

20.26 BST: Dele Alli is close to signing a new long-term contract at Tottenham, according to Sky Sports.

18.21 BST: Manchester City are set to lose highly rated teenager Brahim Diaz, with a new contract offered to him likely to remain unsigned, sources have told ESPN FC. Real Madrid have been scouting Spain under-21 international Brahim while Borussia Dortmund are keen to bring in more young talent from the Premier League following the success of his former City teammate Jadon Sancho.

17.06 BST: In talking about Real Madrid’s interest in bringing Jose Mourinho back to the Bernabeu, Spanish journalist Guillem Balague is quoted by the Express as telling the BBC European Football podcast that Madrid president Florentino Perez “would also love to get rid of Sergio Ramos.”

15.53 BST: Jose Mourinho is unsure whether goalkeeper David De Gea will stay at Manchester United. The 27-year-old’s contract expires in the summer, but United hold an option to extend it by a year. However, he may not last much longer than that.

“I am not confident,” Mourinho told Sky Sports. “I cannot find the word in English, but let’s see what happens.

“Only the club, David and his people can answer that. My comment is only that everyone knows how good he is, how important he is for Manchester United and, if the club want to be better than it is and not worse, obviously it would be very important to keep David.”

15.49 BST: Inter Milan want Luka Modric, but they need a backup plan if they can’t persuade the Real Madrid star to move. So, Corriere dello Sport say, they have turned to Ajax midfielder Frenkie de Jong. However, the 21-year-old has a transfer value of €60m now that Barcelona, Manchester United and Manchester City are all watching him, so he won’t come cheap.

15.09 BST: The younger half-brother of Naby Keita has been training at Liverpool’s academy, sources have told ESPN FC. It is not is Petit Keita, a 17-year-old striker, who ESPN incorrectly identified on Thursday.

14.30 BST: Burnley striker Sam Vokes has signed a new three-year contract, that means he’ll be at the club until 2021.

13.55 BST: Liverpool want £20m for any transfer of Divock Origi in January, according to the Liverpool Echo. Wolves, Everton, Besiktas and Galatasaray are reportedly keen.

12.45 BST: Aaron Ramsey wants Arsenal to explain why they withdrew the offer of a contract extension, saying he hasn’t been told the reasons for the decision.

“Hopefully somebody will come up and tell me why,” he said, according to the Guardian. “I’ll accept that if there’s a reason. When the time is right, I probably will find out but that hasn’t happened yet.”

12.20 BST: Usain Bolt is “not going to make it” as a footballer, according to Perth Glory forward Andy Keogh, calling his presence in the A-League a “little bit of a kick in the teeth to the professionals” there.

12.08 BST: AS Roma star Cengiz Under has been labelled the “next Paulo Dybala” (possibly because they have a similar haircut) but Manchester United and Tottenham are fighting it out for him, say Turkish outlet Aksam.

Arsenal had been linked previously, with a reported £26m bid rejected, and it will reportedly take in excess of £50m for Roma to sell the 21-year-old for whoever can stump up the cash.

11.27 BST: Fulham could be the latest club to see one of their best academy prospects leave for Europe as Matt O’Riley has been attracting attention from some top clubs — Juventus, Borussia Dortmund, Shakhtar Donetsk and Valencia — say the Evening Standard.

Arsenal and Manchester United reportedly scouted the 17-year-old midfielder before he signed professional terms with Fulham in November 2017.

10.06 BST: Jose Mourinho has ruled out bringing back Zlatan Ibrahimovic to Manchester United but admits he has got striker problems ahead of their clash with Everton.

09.52 BST: Antonio Conte may be favourite to replace Julen Lopetegui at Real Madrid, but The Sun reckon they are willing to part with £40m to land Tottenham boss Mauricio Pochettino. Clearly Real have some thinking to do ahead of the weekend’s Clasico with Barcelona…

09.14 BST: Manchester United are going to sign a player today, according to the MEN. That player is 20-year-old former Newcastle goalkeeper Paul Woolston, who is a free agent.

08.25 BST: Following Juventus’ visit to Old Trafford on Tuesday, United chiefs are concerned that the Italian club will return to poach goalkeeper David De Gea from them for free.

The Times reports that United fear the Spain goalkeeper will not sign a new contract at the club where he has been since 2011, and will instead leave for Juve as a free agent in the summer.

The paper quotes a United source as saying: “De Gea played against his future club on Tuesday. Juve are an expert in intelligent deals. If United don’t sell him in the summer, Juventus will wait until the end of his contract.”

Manchester United have seen their latest offer to Anthony Martial knocked back, says Sky Sports, as the clock continues to tick on his current deal, which expires in 2019.

The blow comes just one day after it was reported United were “increasingly confident” Martial would agree a new five-year deal, thus snubbing interest from Juventus, PSG and Bayern Munich.

However, the latest development doesn’t necessarily mean that the France forward is preparing to leave the club, with talks now set to continue between the two parties.

Martial’s agent publicly stated that his client wanted to try his luck elsewhere back in the summer, but it appears what was once an ice-cold impasse has thawed in the intervening months.

Tottenham are all set to pip rivals Arsenal to the signing of Paraguaya international playmaker Miguel Almiron. reports the Mirror.

The 24-year-old attacker has scored 12 goals and laid on 13 assists for Atlanta United in Major League Soccer this season and has duly caught the eye of several top clubs around Europe in doing so.

However, the report claims that neighbours Spurs are currently in pole position to wrap up a deal for Almiron, who would be available for around €25 million.

– Burnley goalkeeper Nick Pope has popped up on Tottenham’s radar as part of the North London club’s dual plan to both strengthen their goalkeeping stable and add to their homegrown player quotient, as per the Mirror.

– Ashley Young is prepared to sign a new two-year contract extension at Manchester United that will tie him to the club beyond his 35th birthday, according to the Mirror.