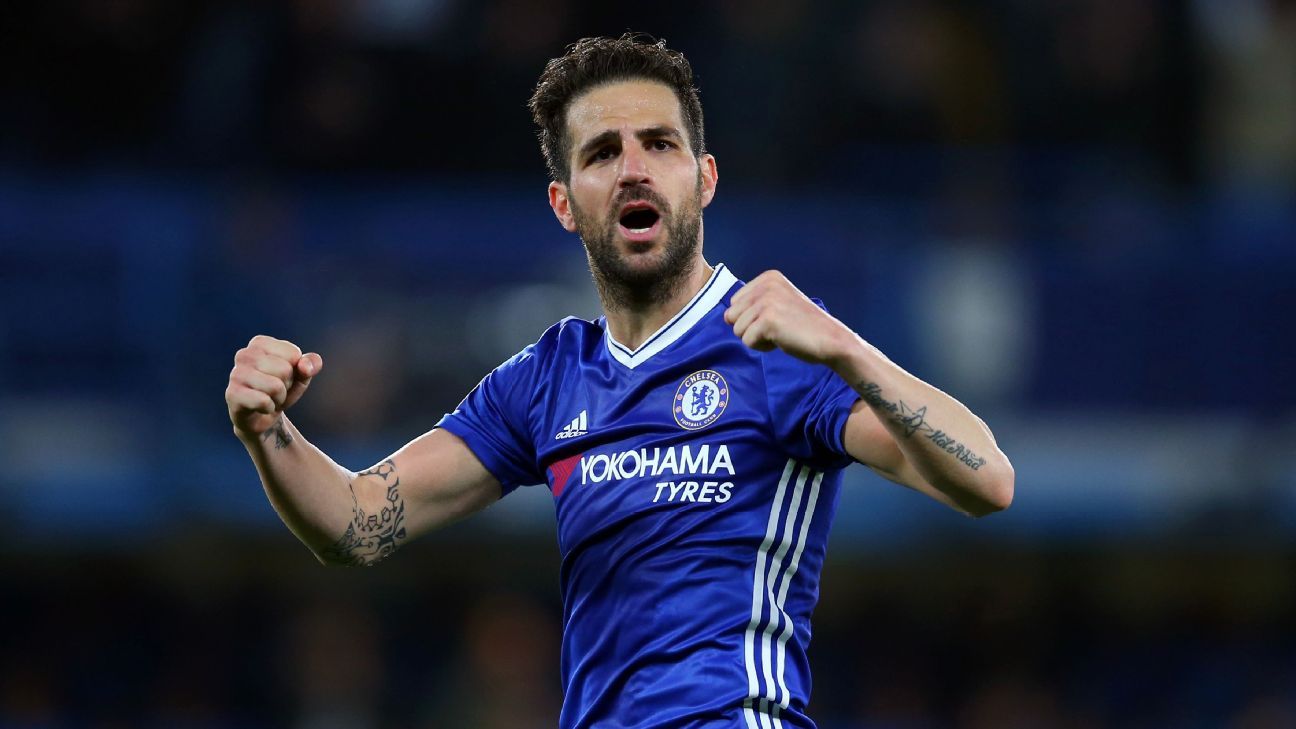 
The transfer window for all of Europe’s big five leagues is now closed, but that doesn’t stop Transfer Talk from rummaging through the remains of the summer window to scrounge up the earliest bit of gossip about who will be moving where come January.

Cesc Fabregas could be on his way to Serie A, according to the Mirror.

It says Chelsea’s Fabregas, out of contract at the end of the season, is wanted by AC Milan after failing to make a Premier League appearance under new coach Maurizio Sarri.

Milan “will bid to take advantage of the 31-year-old’s expiring deal” when he becomes free to speak to overseas clubs at the turn of the year.

The Mirror adds that “as things stand, Fabregas is unlikely to earn a new contract and Chelsea could sell him in the midseason window to prevent him leaving as a free agent.”

Manchester United boss Jose Mourinho wants a new winger, and PSV Eindhoven’s Hirving Lozano is the name in the frame, according to the Manchester Evening News.

Lozano, 23, who scored Mexico’s winner against Germany at the World Cup, has struck twice in his first four league games of the Dutch season.

But the Evening News, citing reports in Spain, says United face competition from Atletico Madrid and Barcelona, while Borussia Dortmund and Inter Milan have also been linked with Lozano.

Meanwhile, the Birmingham Mail reports that Wolves “are not likely to be persuaded to sell Ruben Neves despite strong interest from United and Manchester City.”

It says Mourinho is considering Neves as a successor to the retired Michael Carrick, while City counterpart Pep Guardiola is “a known admirer” of the midfielder.

Tottenham may not have made a summer signing, but two new names could yet be heading their way, says the Telegraph.

It reports that Spurs “are keeping tabs on Leicester left-back Ben Chilwell and are lining up a January bid for Ajax midfielder Frenkie de Jong.

England international Chilwell has previously been linked with Arsenal and Liverpool, but any Tottenham bid “is likely to wait until next summer, when he will have two years left on his contract.”

After failing to sign summer target Jack Grealish from Aston Villa, the North London club could turn to Netherlands international De Jong in the winter.

Manager Mauricio Pochettino “remains keen to strengthen his midfield if Tottenham can find the right player, particularly with Mousa Dembele in the final 12 months of his contract.”

– West Brom striker Dwight Gayle, on loan from Newcastle, has been linked with a big-money move to the Chinese Super League, but the Express and Star says nothing can happen until the end of the Championship season.

It reports that West Brom “have agreed a season-long loan swap for Salomon Rondon that is locked in until the summer” — and that means that, with Newcastle unable to recall Gayle in January, they cannot sell him.

Ferdinand, the 33-year-old brother of ex-Manchester United star Rio, is training with St Mirren and could be given a contract until the end of the season.