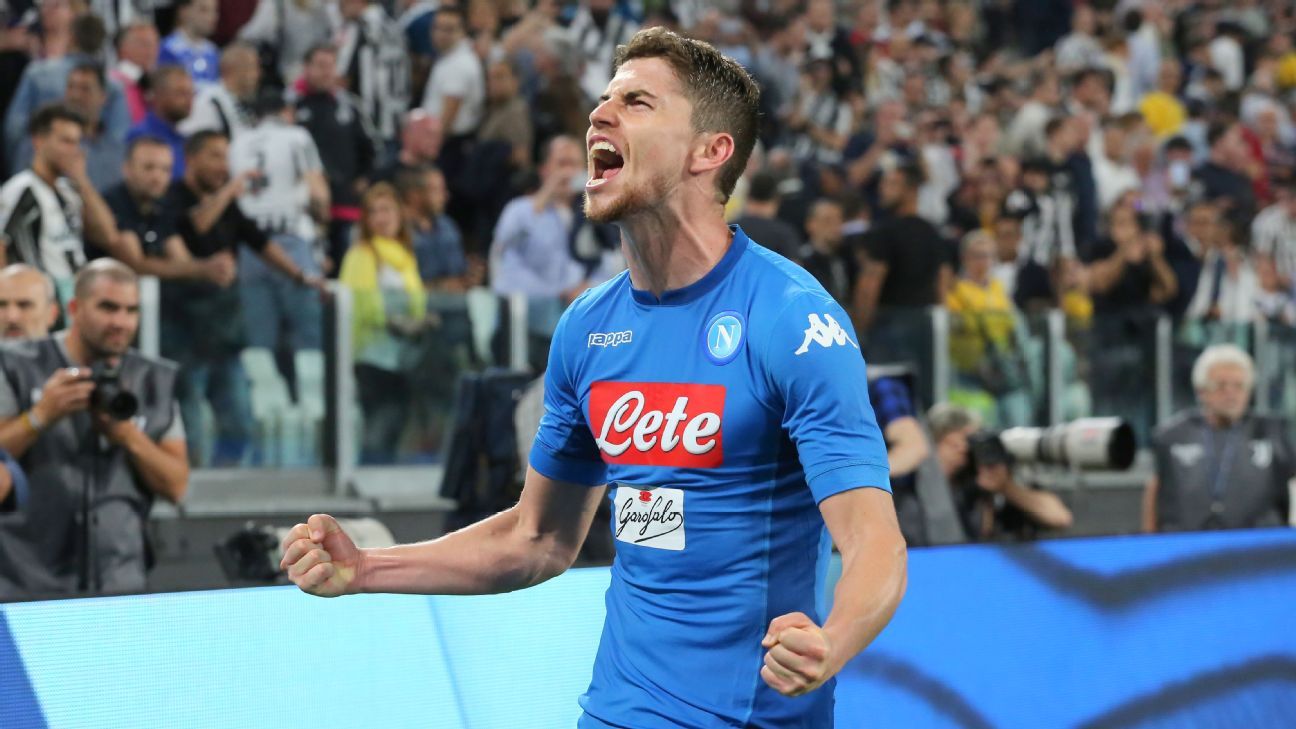 The Napoli midfielder has been heavily linked with Manchester City but now Chelsea have joined the race and have made a late offer, according to the Manchester Evening News.

Napoli have already bought a replacement for the Italy international, spending £26million on Fabian Ruiz from Real Betis last week. City and Napoli are trying to reach a compromise on the selling price but reports in Italy suggest Chelsea will swoop for the holding midfielder.

Napoli want more than £50m for Jorginho but City value him closer to £35m.

The Croatian has emerged as a Liverpool target, who have been told they will need to table an offer of £22 million for the winger.

Pjaca, 23, spent the second half of last season on loan at Schalke, scoring twice in nine appearances. Now, Liverpool are hoping to land him, and Juventus are willing to sell for the right price, according to talkSPORT.

Liverpool appear to have moved ahead of Fiorentina in the race to sign the winger.

The former Crystal Palace winger is attracting interest from Fenerbahce, as per Sky Sports. Bolasie, 29, has been at Everton for the last two seasons and has played 32 times, scoring twice during an injury-hit spell on Merseyside.

Fenerbahce are hoping to strengthen their squad before they take part in Champions League qualifying round and have earmarked Bolasie as a top target.

The speedy Congolese winger suffered a serious knee injury at the end of 2016 and hasn’t been able to replicate his form shown at Crystal Palace so far at Goodison Park.

The Croatian centre-back has emerged as a Tottenham target following an impressive World Cup so far. Vida, also linked with Liverpool and Everton, has been the subject of a £16million bid, reports Turkish Football. The defender only moved to Besiktas from Dynamo Kiev at the start of this year but could now be heading to the Premier League. Vida has been part of his national team since 2010 and his reputation has risen over the last month, prompting clubs to register an interest.

Franco Vazquez to West Ham The east London side want to sign the attacking midfielder from La Liga side Sevilla, following a long-term injury to Manuel Lanzini. Vazquez made his name in Italy with Palermo before moving to Spain two years ago.

According to Tuttomercatoweb, West Ham are confident of signing the 29-year-old, who scored four goals and notched six assists last season.

Vazquez is seen by new Hammers boss as the ideal replacement for Lanzini after the Argentina international suffered a serious injury immediately prior to the World Cup.