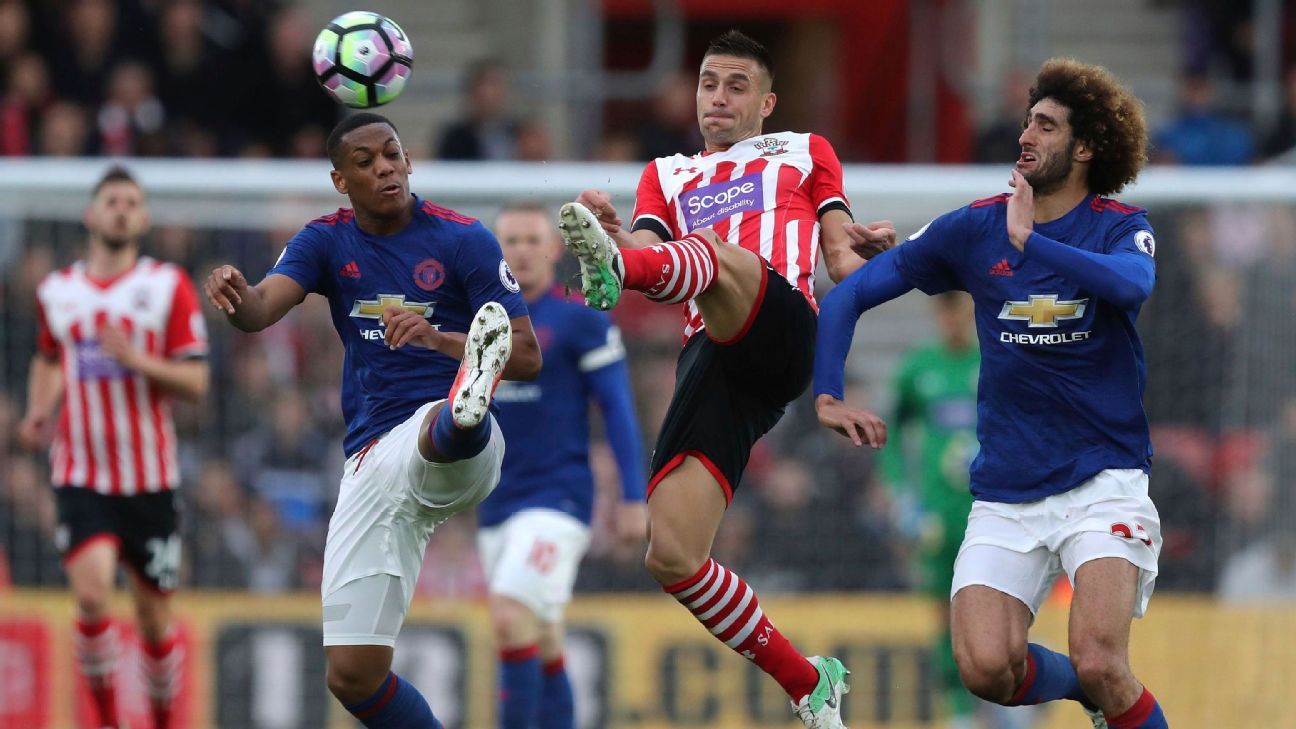 Here are today’s top five emerging whispers for the summer. And keep an eye on on Transfer Talk for all the latest gossip.

Celtic defender Simunovic is a Huddersfield Town transfer target, according to the Daily Mail. David Wagner’s side need to strengthen ahead of their Premier League debut and are also set to bring in Aaron Mooy for a club record £10 million fee.

Simunovic wouldn’t cost that much — he’s reportedly worth around £8m. The 22-year-old was set to leave Celtic last season, but a move to Torino fell through at the last minute and he’s developed well under Brendan Rodgers, going on to win the treble.

Liverpool love a player from Southampton, with Adam Lallana, Dejan Lovren, Rickie Lambert, Nathaniel Clyne and Sadio Mane all swapping the south coast for Merseyside in the last three seasons. Virgil van Dijk had also been a Liverpool transfer target until recently too.

And Tadic’s £13m release clause has attracted Jurgen Klopp’s eye, according to the Independent, who claim he is one of seven potential summer arrivals on Liverpool’s transfer wish-list, which includes Mohamed Salah, Naby Keita and Timo Werner.

Tadic has been coy over a move to Anfield, saying: “We will see. You never know in football. In every club, sometimes players leave.”

Ake was hugely impressive in his loan spell at the Vitality Stadium during the first half of the 2016-17 season before he was recalled to Chelsea.

After signing Asmir Begovic on a permanent deal from Antonio Conte’s side, Eddie Howe is thought to have made Ake a key Bournemouth transfer target for the summer. The Cherries are said to be preparing another bid for the Dutchman, who last month admitted he’d like to be playing more games.

Chelsea have made a £53m bid for Napoli’s Insigne, according to the Independent. With Diego Costa on his way out of Stamford Bridge after Conte told him via text message he didn’t want him at the club any more, Insigne is the perfect replacement, having scored 18 goals for Napoli as they finished third in Serie A last season.

But it will take a major offer for him to leave with his agent, Franco della Monica, telling Radio Kiss Kiss: “The priority for Lorenzo is to be wearing the Napoli shirt.”

Ever Banega to Everton

Sky Italia say Inter Milan’s Banega is an Everton target. Inter teammates Marcelo Brozovic and Jeison Murillo are also on their radar, as are Carlos Bacca, M’Baye Niang and Gianluca Lapadula of Milan.

Everton director of football Steve Walsh has been in the Italian city discussing potential moves for the six, as they look to add to their summer signings with Davy Klaassen and Jordan Pickford already arriving at Goodison Park.