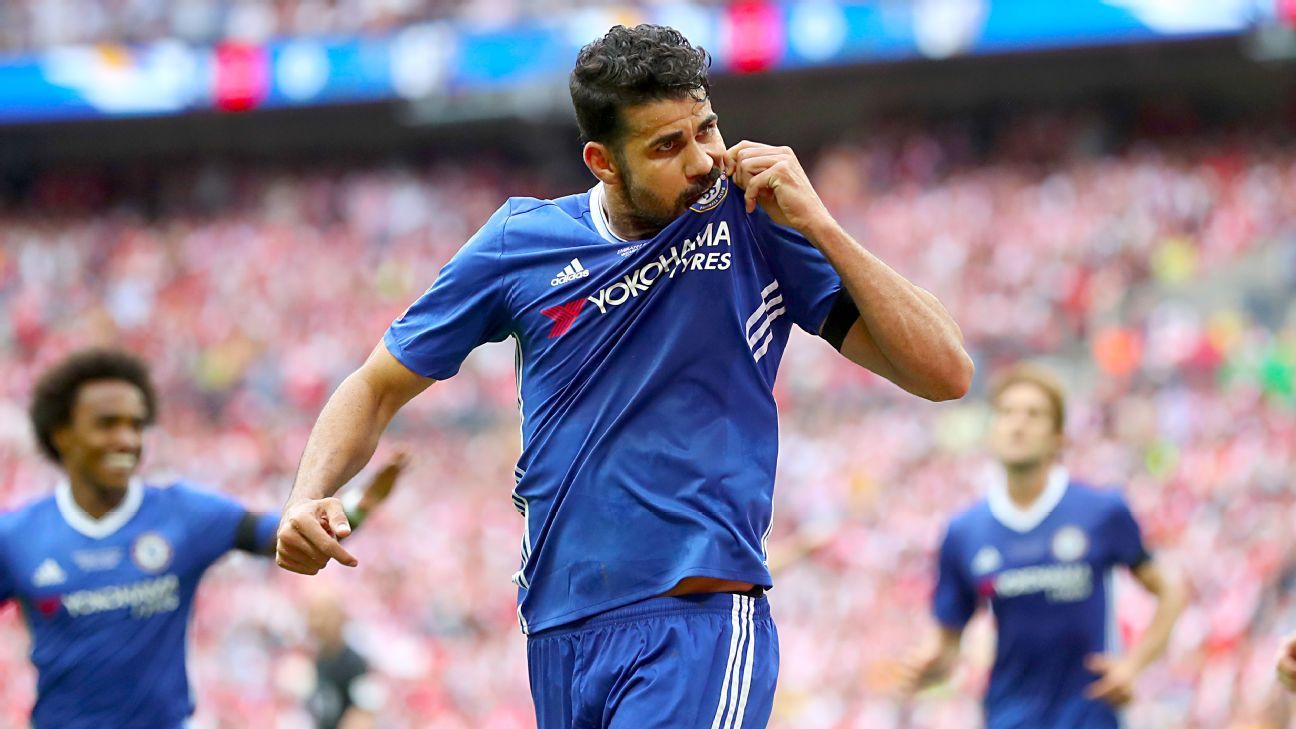 According to The Sun, Manchester City forward Sancho has a soft spot for Arsenal and is keen on a move to the Emirates. The 17-year-old wasn’t part of the City squad taken on the club’s U.S. preseason tour and feels his path to the first-team is blocked. It is believed he will reject a new £30,000-per week deal and pass up the opportunity to play under Pep Guardiola to ensure he gets the football he feels his talent warrants. Tottenham Hotspur, Borussia Dortmund and RB Leipzig are also interested in signing the youngster, who has one-year left on his scholarship deal.

AC Milan chairman Marco Fassone has revealed that he has spoken with Diego Costa’s agent Jorge Mendes. Fassone confirmed he met with Mendes and Costa was a topic of discussion but he’s still a Chelsea player so he wouldn’t be saying anything else. The striker was omitted from Chelsea’s pre-season tour of Asia by Antonio Conte and it’s more of a when and not if he leaves. Milan are in the market for an attacker, with their pursuit of Andrea Belotti being fruitless to date.

The Sun believes Arsenal are finally on the brink of signing Lemar. Having chased his signature all summer, reports now suggest Arsene Wenger is to land his man in a deal worth up to £45 million. Lemar was also being chased by rivals Tottenham but their interest didn’t extend any further than tentative enquiries. Arsenal, however, have tested the resolve of the Ligue 1 champions with a series of bids. If confirmed, Arsenal would have spent close to £100m on attacking reinforcements this summer after the arrival of Alexandre Lacazette.

Named as a top transfer target for Liverpool in December, Oxlade-Chamberlain could end up staying in London after it emerged that Chelsea are considering a bid for the versatile 23-year-old. According to the Daily Telegraph, Chelsea manager Conte is interested in signing both the Arenal man and Ross Barkley from Everton as he looks to freshen up the champions. However, the former Southampton winger is moving in search of first-team football, would he get that at Stamford Bridge?

Expected to join Chelsea over the coming days, it has been revealed that Richarlison is a transfer target for Manchester United. According to an exclusive report from Calciomercato, United are keen on signing the Fluminense player. Valued at £17m, the winger has impressed and caught the eye of many teams across Europe. With Jose Mourinho struggling to land his top target in Ivan Perisic, the club have been forced to look elsewhere and the 20-year-old reportedly ticks all of the boxes.