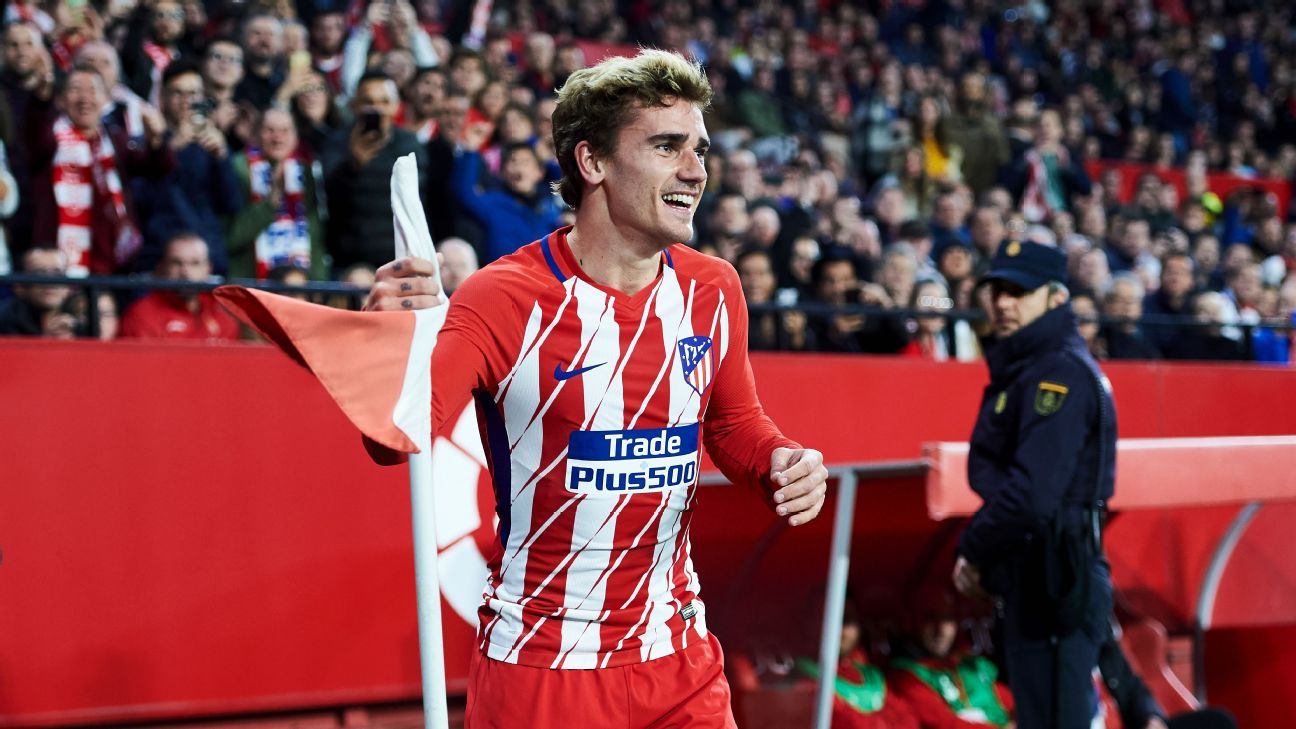 Griezmann has agreed to join Barcelona in the summer, according to Catalan television station TV3Cat. The La Liga leaders are set to pay Atletico Madrid his €100 million buyout clause. The France international will have the perfect opportunity to show his prospective new club just how good he can be this Sunday when Atletico travel to the Camp Nou to face Barcelona.

Villarreal winger Castillejo has become an Atletico Madrid transfer target, according to Spanish daily AS. Diego Simeone’s side are short on numbers out wide after letting Yannick Carrasco and Nico Gaitan leave last month. The 22-year-old is also on Napoli’s radar and is expected to cost around €20m. He wouldn’t be the only player switching the Estadio de la Ceramica for the Wanda Metropolitano, with Rodri also expected to arrive in the Spanish capital in the summer as a long-term replacement for Gabi.

With Chelsea goalkeeper Courtois out of contract at the end of next season, speculation about his future is increasing. The latest club to be linked with the 25-year-old are Paris Saint-Germain. Belgian broadcaster RTBF claims he met with PSG’s representatives at a hotel in London on Monday. But Courtois is thought to have expressed significant doubts about moving to the French capital due to the club’s lack of success on the European stage. The Ligue 1 leaders are thought to be looking for a new keeper, though, with Alphonse Areola failing to convince. Atletico’s Jan Oblak has also been linked with a move to the Parc des Princes.

West Ham are planning a £3m move for West Bromwich Albion centre-back Evans in the summer, according to the Daily Mirror. The Northern Ireland international has a release clause of just £3m should West Brom be relegated. That’s despite his club demanding more than £30m for the Manchester City and Arsenal transfer target in January. David Moyes wants a defender after letting Jose Fonte move to China, but Everton and Leicester are also ready to make a bid.

Lyon wonderkid Aouar is a Liverpool transfer target, and that could start a bidding war with Barcelona. Goal claims the 19-year-old has caught the attention of both Jurgen Klopp and Ernesto Valverde after breaking into the Ligue 1 side’s first team this season. The Merseysiders almost brought the midfielder to Anfield before he signed a professional deal and are ready to go back in for him this summer, while the Catalan club are also monitoring his development.