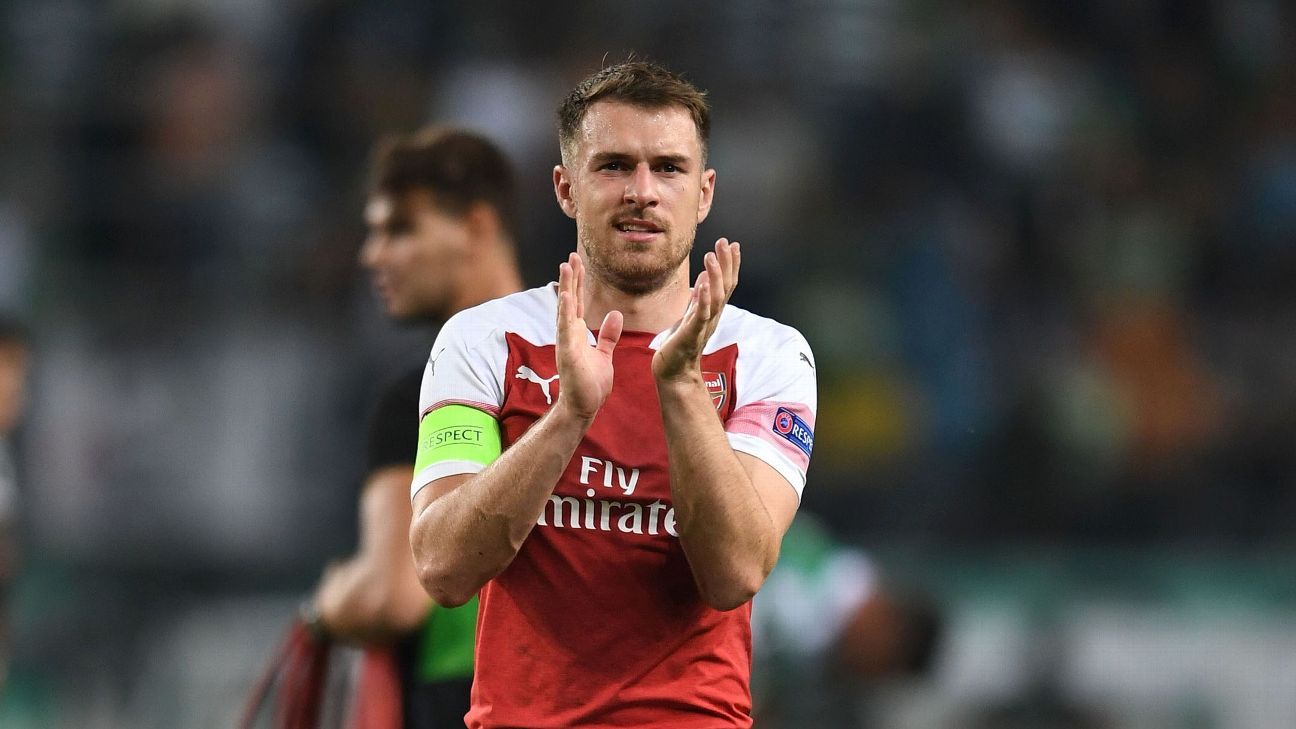 The Arsenal midfielder has been told by the Gunners his contract, which expires in the summer, won’t be renewed and a host of European clubs are interested in landing the midfielder for nothing. According to the Express, Bayern, under FIFA rules, are able to speak with Ramsey about a move from January and plan to sit down with the Wales international and his representatives in the New Year. Manchester United and Liverpool also reportedly remain interested.

The Serie A giants will attempt to bring the Swedish striker back to the club on a permanent deal, according to Tuttosport, in January. Ibrahimovic spent two seasons as a Milan player — one on loan, the other permanent — between 2010 and 2012 and scored 56 goals to help the club win Serie A. The 37-year-old is contracted at the LA Galaxy until 2019 but would be willing to leave MLS if Milan offer him an 18-month contract.

After missing out on the Chelsea winger in the summer, Barcelona are set to launch another bid for the Brazilian in January, according to Spanish outlet La Sexta. The La Liga champions reportedly had an offer of £55 million turned down before the 2018-19 campaign got underway but are considering offering Malcom plus cash in an attempt to land the 30-year-old.

With Seamus Coleman now 30, Everton are planning for the future and are compiling a dossier on Crystal Palace right-back Aaron Wan Bissaka ahead of making a bid, according to The Sun. Wan Bissaka has impressed since coming into the Eagles side in February and has been capped by England Under-21s. Everton could make Ademola Lookman part of any deal for the 20-year-old.

With Eden Hazard’s future at Chelsea uncertain, the Blues are drawing up a shortlist of potential replacements according to The Mirror and one name on that list is Watford midfielder Roberto Pereyra. The Argentine has impressed this season, scoring five times, but will only have one year remaining on his contract at the end of the current campaign. The Blues are reportedly not the only interested party with Real Madrid also monitoring the 27-year-old.