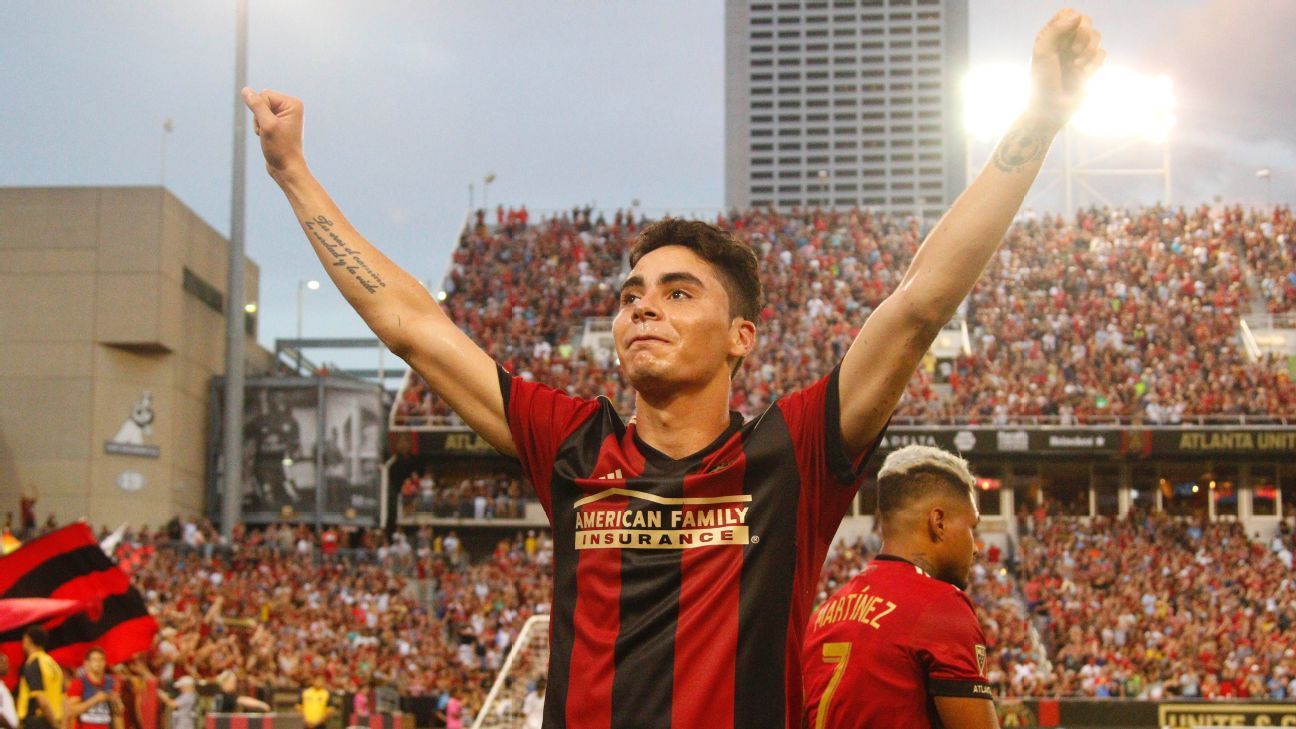 
Atlanta United will hold onto its star players until it receives a “too-good-to-refuse offer,” club president Darren Eales says.

In its first year in MLS, Atlanta has found success with a designated player trio of Miguel Almiron, Josef Martinez and Hector Villalba, who along with on-loan Yamil Asad have contributed a combined 30 goals and 24 assists this season.

Atlanta technical director Carlos Bocanegra told MLSsoccer.com that the team had received “significant interest” for players from teams in Europe and Mexico during the summer transfer window, though he didn’t specify names.

Almiron, a 23-year-old who started in both of Paraguay’s recent World Cup qualifiers, has drawn particular interest in the past, with links to Arsenal and Inter Milan before he chose to move to Atlanta.

But asked if the club ever came close to selling a DP this season, Eales said the offers were not high enough to seriously consider.

However, Eales admitted a point in the future could come where Atlanta would have to consider selling.

“At the moment we’re pretty excited with the team we’ve got, with the team we’re building,” he said. “I’m sure there’s going to be continued interest for our players because we’ve got some amazing young players, they’re very talented.

“I’m sure at some stage there will be that too-good-to-refuse offer that comes in and that’ll be the right move for everybody — for the club, for the player, for the league. So when that comes, we’ll cross that bridge.”

United, currently in position for the last playoff spot in the Eastern Conference, is set to play its first game at Mercedes-Benz Stadium on Sunday and will play eight of its final 10 at its new home before the end of the season.

And Eales said finding a “balance” with transfers would always be a challenge as the team grows in MLS.

“It’s always going to be a balance, but now we’re at a point where we’re building the club as a new expansion team, so it’s a little different,” he said. “But the one thing I’d say is you’ve always got to be prepared because you never know what may come down the line.

“It’s extreme, but if someone came in and offered us the money that they’re offering to Neymar, that would be something. Now, between that and zero there’s a just a few million dollars. But that’d be my job to have the chat with [owner] Arthur [Blank] and make the best decision for Atlanta United.”