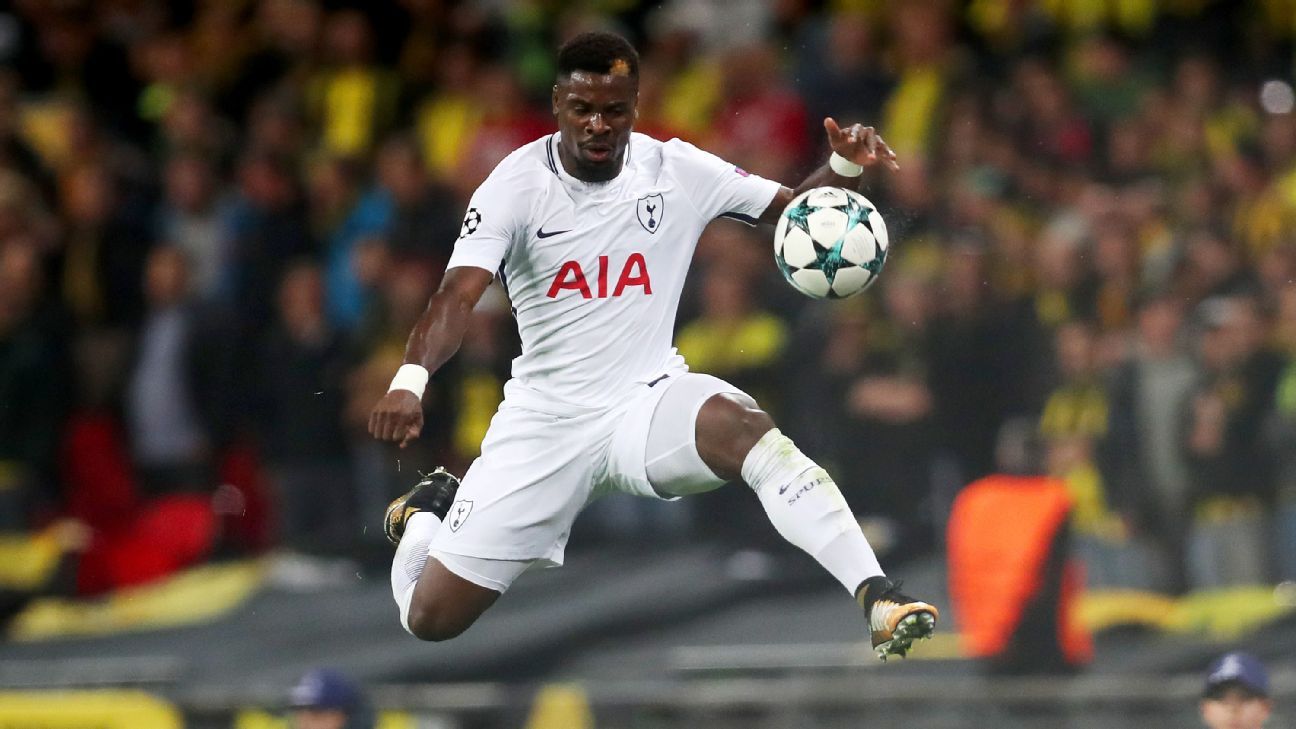 
Tottenham defender Serge Aurier has told Canal+ that his bad boy reputation cost him a move to Barcelona.

Aurier joined Spurs from Paris Saint-Germain in the summer to escape the spotlight in France where he had courted controversy. Handed a two-month suspended prison sentence for an attack on a policeman outside a nightclub in the summer of 2016, the Ivory Coast international was also sanctioned by PSG for insulting then-boss Laurent Blanc during the 2015-16 campaign.

His lack of professionalism was also roundly criticised for taking nearly 10 minutes to warm up and come off the bench as a substitute during a Ligue 1 game at Lorient last season.

With Dani Alves having arrived at PSG in July to provide further competition for places at right-back along with Belgium international Thomas Meunier, Aurier sought an exit. He says Barcelona would have been his destination had the La Liga club not been put off by the negative headlines.

“Yes, I’m certain, because the feedback from the clubs with which I had talked was that,” Aurier said when asked whether he thought his reputation had cost him a move to one of the world’s top five clubs.

“‘They talk about him a lot in France, they talk about him negatively too much, it’s complicated.’ When that was said, I was talking to Barcelona. It was very well advanced, and then there was that that caused a problem. People weren’t sure that if I went there it would be different.”

However, a spokesman for Barcelona has denied the club were ever interested in signing the full-back before he completed his move to Tottenham.

“We never sat down with [Aurier] or his representatives,” the spokesman told Diario Sport. “They wanted to sit down with us, but nothing ever happened.”

The 24-year-old has avoided controversy since his move to Tottenham last summer, helping the club make a strong start to the season in his eight appearances to date.

“I’m loving it, I’m smiling again, enjoying it. The coach called me on Facetime, we really had a good laugh that day,” Aurier said with reference to Tottenham boss Mauricio Pochettino, who had publicly stated he would “kill” him if he insulted him online.

“He said that in a press conference, but when he called me, we talked about it, we laughed. He said that if I said something like that we would fight. It was done for a laugh. He knows how I am, what I want, where I want to go. When it’s clear like that, there’s no problem.”

Aurier added: “I want to be known for what I do on the pitch, for the pleasure I give to people, for the emotions I give to people, not for that [negative] sort of thing. My reputation had been more tarnished. By staying in France, I could never have changed that. It was better for me to see something different, a new challenge.”

Boyhood PSG fan Aurier did not, however, rule out the possibility of returning to the Parc des Princes one day after being told by PSG chairman and CEO Nasser Al-Khelaifi he would be welcomed back.

“Regardless of what happened, it remains the club of my heart,” Aurier, who signed a five-year deal at Spurs, said. “I’m not against a return, they’re my friends, like my brothers. I pay attention to what PSG does, and regarding the future, we’ll see.”