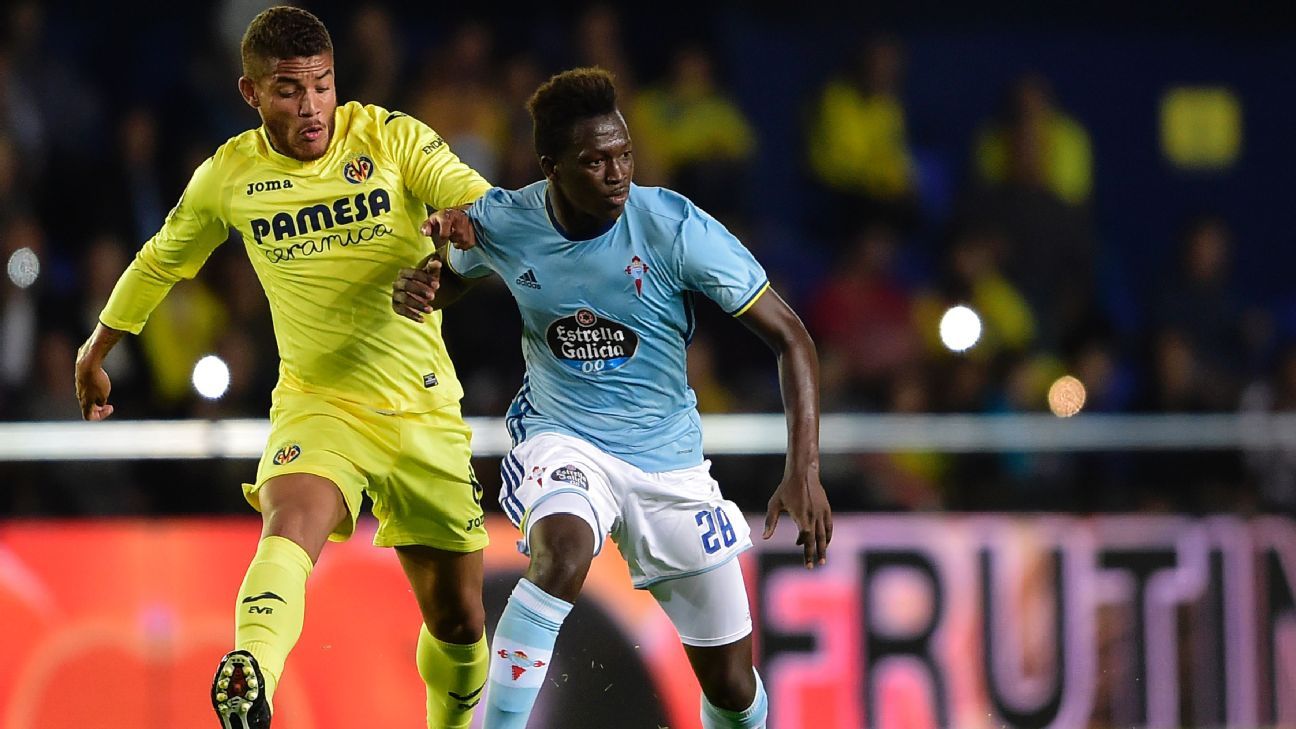 
Tottenham are hoping to make Celta Vigo midfielder Pape Chiekh Diop their first signing of the summer, a source close to the player has told ESPN FC.

Spurs have been tracking the 20-year-old Spain under-20 international since last season and they first made contact with him in July.

The North London club — who are the only Premier League team yet to make a summer signing — made an approach for Senegal-born central midfield player this week and they are hopeful of completing a deal, despite competition from French club Lyon.

Diop made his La Liga debut in December 2015, and he established himself in the first-team squad last season, making 27 appearances as Celta finished 13th in La Liga and reached the Europa League semifinals.

Diop, who has also represented Spain at U17 and U19 level, signed a new contract in January until 2021, which includes a £25 million release clause.

Lyon are also interested in Diop but Spurs manager Mauricio Pochettino is hopeful of persuading the youngster he can immediately compete for a spot in the Spurs first-team squad, where there is a space after Joshua Onomah was sent on loan to Aston Villa.