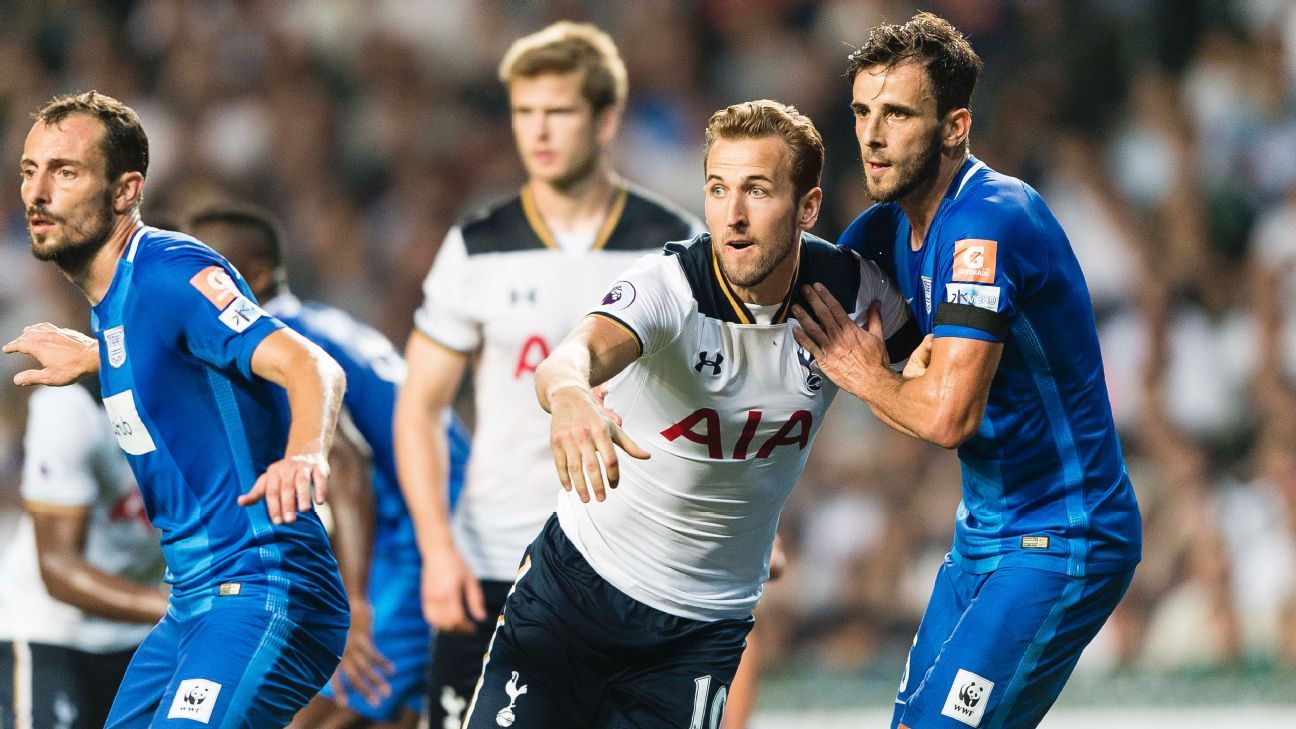 
Spurs couldn’t have asked for a trickier couple of fixtures to begin next season’s Premier League campaign. First up, an away trip to newly promoted Newcastle, who will be urged on by more than 50,000 expectant fans. Then, a home tie against last season’s champions, Chelsea. There is no chance of Tottenham easing themselves into the new campaign against undemanding opposition in either game.

Nor will Spurs necessarily be looking at Wembley as giving them much of a home advantage, either. While Spurs went through last season undefeated at White Hart Lane, their European form at Wembley was decidedly shaky. Indeed, playing at Wembley seemed to inspire opposition teams to play their best football, and Tottenham were often unrecognisable from the side that played in N17. It’s a fair bet that if all the Champions league qualifying games had been held at White Hart Lane, Spurs would have got through to the knockout stages of the competition.

So Tottenham face a double challenge to hit the ground running and to reframe their mindset so the players feel comfortable at Wembley. In the past two seasons, Spurs have got off to a slow-ish start. It hasn’t been that they have played particularly badly, just that they haven’t been at their fluent best. In 2015-16, Spurs drew five and lost one of their opening nine games. In 2016-17, Spurs drew six of their opening 11 games. Arguably the points dropped in the first 2 1/2 months of both seasons cost the team the league title both times.

There have been many theories about why Mauricio Pochettino’s Spurs teams have made a habit of an indifferent start. The most popular has been that the manager works his players so hard in pre- and early-season training that they are too fatigued to perform in matches, but that this is a decent tradeoff for them having the stamina to last the full season.

There could be some truth in this as Spurs’ late-season form under Pochettino has been consistently high, with the exception of the last four games of the 2015-16 season. In that year, it was the mental pressure rather than lack of fitness that got to the players.

But even if that’s true, there has to be a happy medium that isn’t yet being achieved. While not every player can necessarily be at their sharpest immediately after the summer break, there is no reason for professional footballers not being properly match-fit early in the season. With advanced biometrics, each player’s performance can be assessed at each training session. If players aren’t meeting their expected targets, their training programmes can be adjusted accordingly. Similarly, it’s up to the fitness coaches to let the manager know if the targets he is setting are unreasonable.

While it’s inevitable that a few players will come and go before the end of August — some fans have been getting concerned at Tottenham’s inactivity in the transfer market, but there’s plenty of time left to upgrade — Pochettino will still have a settled squad when the team regroups for preseason training in July.

This gives Spurs a huge advantage, and not just in the obvious way of having players who understand each other’s strengths and weaknesses and are familiar with the manager’s systems. It also means that Pochettino has several years of fitness data on each player. He can precisely measure where each player is in relation to previous seasons. Those that looked undercooked in preseason can be given more rigorous programmes, while those who could have benefitted from a less intense regime can be allowed to ease off. These things matter. No two players are exactly the same, and there is no one-size-fits-all training regime.

Pochettino will also have had the added bonus of a summer without an international competition, allowing players to start preseason properly rested. This helps both physically and mentally: many of Spurs’ England players looked emotionally drained by the national team’s performances in the 2016 Euros as the club season began. And next season, more than ever, Spurs cannot afford to have a slow start. Their performances over the past two seasons have raised expectations, and they must find performances to match.

All eyes will be on Tottenham’s Wembley form. A couple of indifferent home results and people will start talking about their Wembley jinx again. That kind of talk needs to be nipped in the bud, and the only way that will happen is by results on the pitch. Beat Chelsea on the second weekend and Wembley will soon feel like a home away from home.