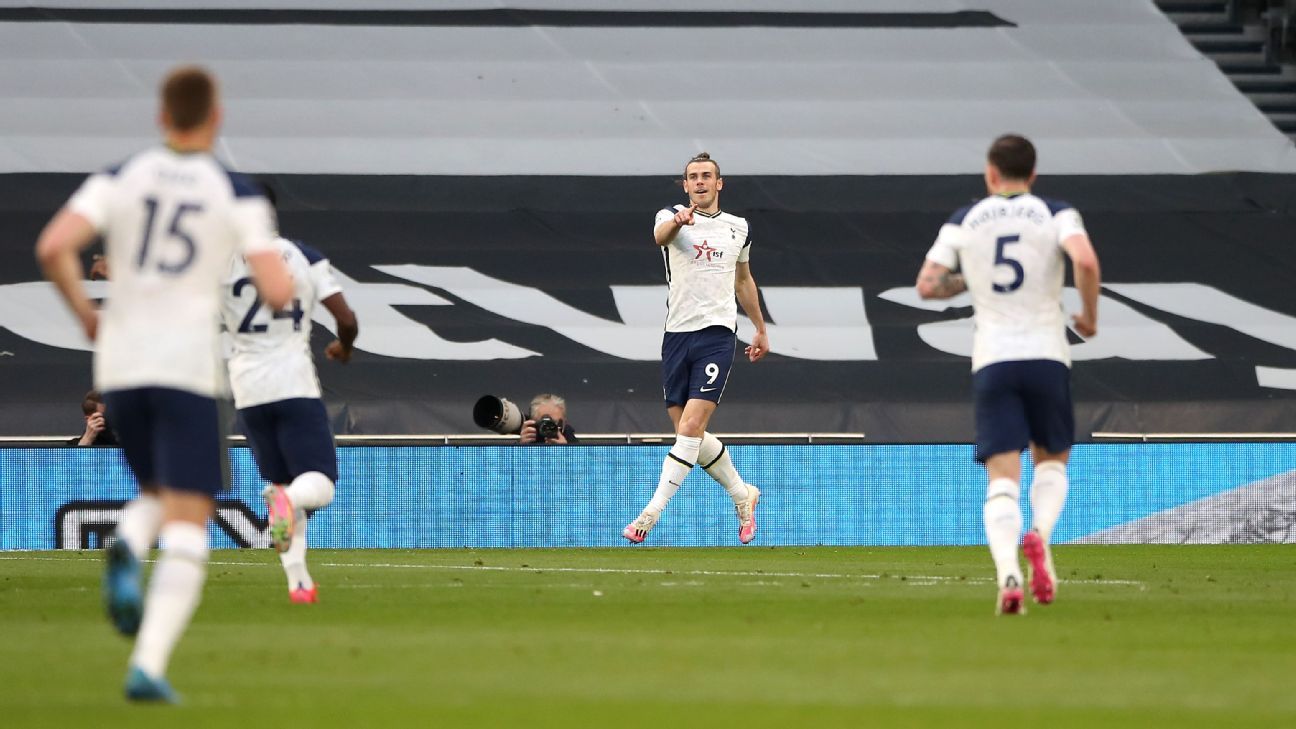 
Gareth Bale scored a fine hat trick as Tottenham Hotspur made short work of already-relegated Sheffield United in the Premier League on Sunday.

It took a while for the home side to break through, but Bale opened the scoring with a fine finish on 36 minutes after Serge Aurier played him through on goal.

Son Heung-Min looked to have doubled Tottenham’s lead early in the second half, but his powerful finish from a Toby Alderweireld long ball was ruled out following VAR consultation.

Bale put on a show in the minutes that followed, first converting after Son led a fast break and then completing his hat trick with a low shot via another Aurier assist.

Son added further gloss to the scoreline with a goal of his own to leave Ryan Mason’s team on 56 points from 34 matches, five behind fourth-placed Chelsea.

Bale’s display, albeit against the league’s bottom club, will leave Tottenham fans asking why he was not given more opportunities to roll back the years by Mason’s predecessor Jose Mourinho.

Eight of Bale’s 14 Premier League appearances under Mourinho were as a substitute but he has started both of Mason’s games in charge, albeit surprisingly only on the bench in last week’s Carabao Cup final defeat by Manchester City.

It looks likely Bale will return from loan to Real Madrid at the end of the season, although after Sunday’s display Spurs fans will be hoping he can extend his stay.

“You have to take your chances when they come so I’m feeling good,” Bale said. “I just needed to play games and get a run of games and I’m doing that now.

Mason added: “Last week was disappointing for everyone. We had a week where we could train and work on the players. We defended strongly as a team. Some of our play was absolutely outstanding.”

Arsenal’s Aubameyang opens up on malaria diagnosis ahead of Europa League semifinal
PSG, Mbappe seek more Manchester magic but Man City are their toughest test
How the 2018 MLS MVP got fit, and got back onto the field
Man United owner Avram Glazer refuses to apologise over European Super League involvement
UEFA need to educate officials on racism before refereeing European competitions