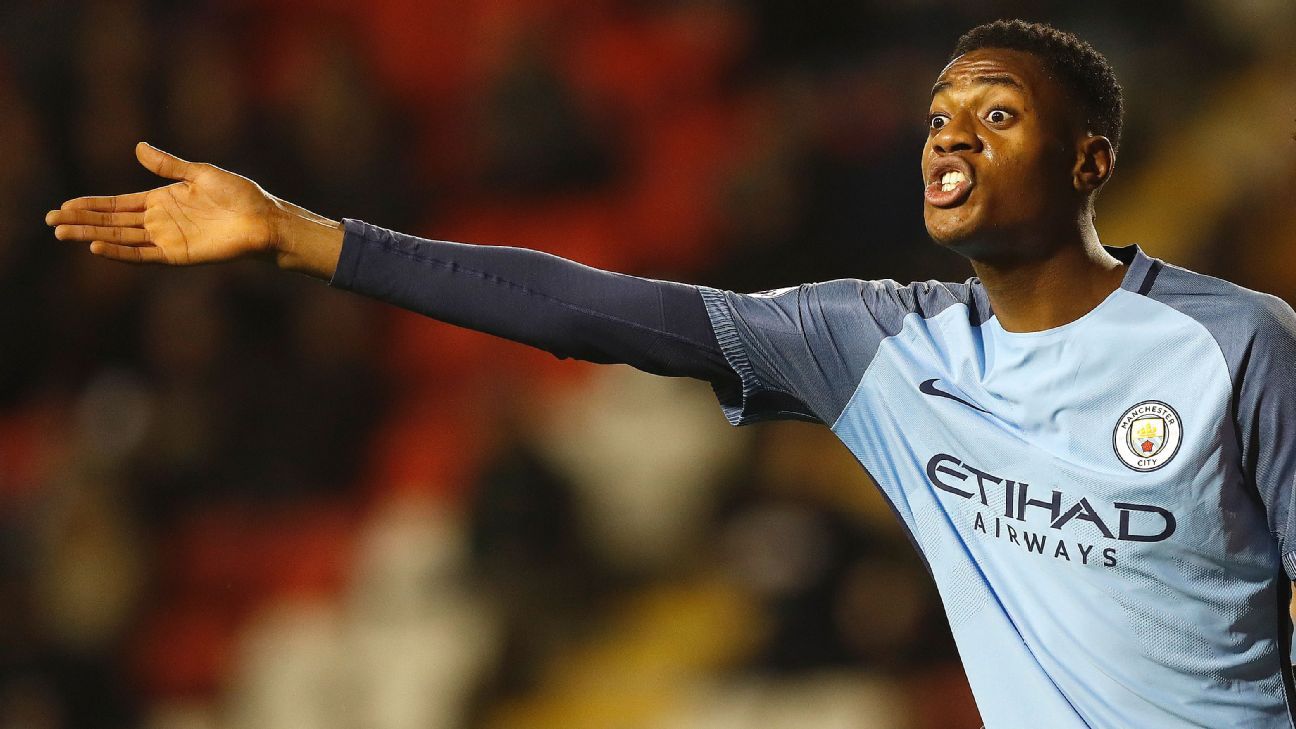 
Manchester City defender Tosin Adarabioyo has signed a new four-year deal ahead of his current contract set to run out at the end of the month.

The highly-rated 19-year-old centre back has committed his future to the club despite only starting three games last season.

Everton and Celtic were reportedly interested in trying to sign him but manager Pep Guardiola is convinced that he has the potential to make an impact on the first team.

Talks over a new deal and been going on all season although sources told ESPN FC last month that the club were hopeful of reaching an agreement before his current contract ran out.

Adarabioyo has been at City since he was five and will be involved in this summer’s preseason tour to the United States.

.@TosinAdarabioyo has signed a new contract with City keeping him at the club until 2021! Congrats, Tosin! #mcfc pic.twitter.com/O94HQJNKpZ

“It’s all I’ve wanted to do for a long time now. I want to get myself into the first team and play as many games as I can,” the England under-19 defender said.

“We have a talented and very good group of players so you just have to keep working hard, play as many games as you can and when the opportunity comes I have to take it.

“Since I was a young kid I’ve dreamed of playing for the City first team and being captain of this club so hopefully I can go on and do that.”