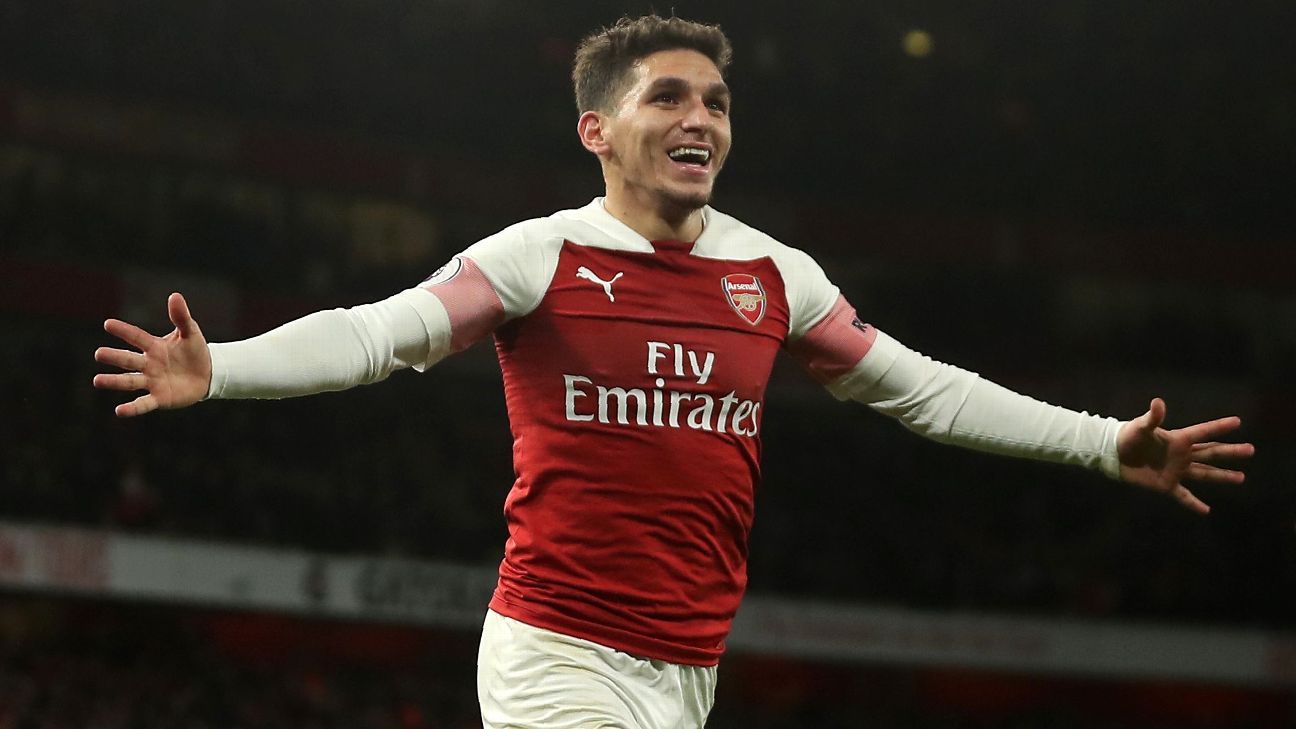 
In the summer, no fewer than four of the Premier League’s Big Six signed potentially game-changing South American central midfielders.

The most successful of the quartet has been Torreira. His purchase was a significant change in transfer strategy from Arsenal, who had been reluctant to recruit players from Serie A under Arsene Wenger. But the arrival of Unai Emery prompted the Gunners to spend £26 million on Torreira, who had made his Uruguay debut just three months beforehand.

It’s widely been observed that Torreira has provided “exactly what Arsenal are missing,” but he’s offered such all-around central midfield qualities — deep-lying creativity, ball-winning aggression and forward runs to provide crucial goals — that this compliment could mean a variety of things. Emery’s approach is based on a mixture of possession play and energetic pressing, and Torreira has contributed in both respects.

When eased into Premier League action during early-season games against Cardiff and Newcastle, Torreira twice helped to change the game after being summoned from the bench. That said, Arsenal’s tendency to improve dramatically after half-time has meant various players have looked useful having come off the bench, so Torreira needed to confirm his quality with starring performances from the outset. He did precisely that on his first start in an unconvincing victory over Everton, although collecting an early booking for a reckless tackle demonstrated his tendency to over-commit when challenging for the ball.

His aggression, though, has often been crucial in Arsenal’s pressing. It was Torreira who pressed well high up the pitch against Crystal Palace to win possession and immediately win a free kick, which Granit Xhaka blasted in from a tight angle. Against Bournemouth, Torreira again closed down an opponent in the final third, forced a turnover and smacked a shot against the post. He was the game’s outstanding performer in a thrilling, high-energy 1-1 draw with Liverpool, and his goal-scoring contribution has been an unexpected bonus. His burst forward to seal a 4-2 derby-day victory over Tottenham is perhaps the highlight of Emery’s reign so far, and his close-range bicycle-kick winner against Huddersfield directly won two points.

It’s tough to find fault with Torreira whatsoever. At a push, you might suggest he could show more incision with defence-splitting passes — his two assists have been from a set piece and a simple pass that was met with a fine long-range finish — but that might come with time. For now, Torreira might be the Premier League’s signing of the season.

On the subject of creativity from deep, Liverpool’s Fabinho effectively announced himself to the Premier League with his brilliant chipped pass to Sadio Mane for Liverpool’s opener against Manchester United on Sunday. Fabinho’s job against United was primarily defensive, holding his position in front of Liverpool’s back four, but that lofted ball provided the breakthrough at a time when it seemed United had weathered the storm.

It would be charitable to suggest Fabinho was simply eased into action by Jurgen Klopp; he didn’t make a single appearance during the first eight matches of the campaign, despite being fit. Five times he remained on the bench, with Klopp not even affording him a run out during, for example, the comfortable 3-0 victory over Southampton.

In the past couple of months, though, Fabinho has been a regular. He performed well in his first big test, away at Arsenal, and in the 2-0 victory over Fulham showed the ingenuity that would prove decisive against United with a lovely diagonal ball to Trent Alexander-Arnold, who had stormed forward from right-back to head over.

Playing as a defensive midfielder in Klopp’s system is a peculiar job. Positional discipline is important, clearly, but the emphasis upon proactive ball-winning means storming forward to press opponents in the manner of a box-to-box player at times. Fabinho showed those qualities in the derby against Everton, dispossessing Idrissa Gueye — a prolific tackler becoming the tacklee — to create a good chance for Xherdan Shaqiri.

Fabinho initially made his name as a right-back, a position he played for Brazil in the 2-0 victory over the U.S. in September. But even when Klopp was without Alexander-Arnold and Joe Gomez at the weekend and forced to turn to the forgotten man Nathaniel Clyne, he considered that preferable to moving Fabinho and bringing in Jordan Henderson. The Brazilian should consider that a compliment, and his crucial assist for Mane’s goal underlined his creative edge from that role.

The level of creativity offered from that deep-lying midfield role is also relevant in terms of Jorginho, who has — somewhat controversially — been installed as first-choice at the base of Sarri’s trio. Some Chelsea supporters would prefer to see N’Golo Kante fielded there, but the Frenchman wasn’t particularly impressive as a lone defensive midfielder when Antonio Conte tried a 4-3-3 two years ago, and is more suited to a freer role with license to push forward.

Jorginho offers more invention and passing quality from deep, not necessarily in the manner he plays the ball but the manner in which he receives it. A fundamental part of Chelsea’s approach is retaining the ball for long periods in deep positions, often toying with the opposition, sucking them in by baiting them up the pitch, before attacking quickly in behind. Jorginho is a fundamental part of that strategy.

His passing statistics are literally off the charts. Having equalled a Premier League record for the most number of passes against Newcastle, he smashed that record by playing 180 against West Ham. However, this match ended in a goalless draw. West Ham had essentially stood off Jorginho, confident he wouldn’t break their defensive block himself. That confidence was misplaced, though. Jorginho had created Chelsea’s two best chances with chips in behind for Willian, who blasted wide, and Olivier Giroud, who didn’t connect with a volley.

Indeed, his threat was highlighted by the fact that future opponents man-marked him. Jose Mourinho deployed Juan Mata in that role in a 2-2 draw at Stamford Bridge and Dele Alli outwitted Jorginho with and without the ball in Chelsea’s first loss, 3-1 at Spurs. He was also caught in possession by Fernandinho for Manchester City’s only good chance at Stamford Bridge last weekend, and is discovering that English football is more high tempo than Serie A. His passing quality, though, has helped to transform his new club’s identity.

Fred | 25 | Manchester United | Still has much to live up to

Alas, the same cannot be said of Fred, the most expensive of this quartet. Despite a bright start to his Manchester United career, including a fine goal against Wolves that featured him combining well with Paul Pogba on the edge of the box, Fred found himself desperately out of favour under Jose Mourinho.

He hasn’t completed 90 minutes since August, when he offered a goal threat against Tottenham, and hasn’t made the matchday squads for the games against Arsenal and Liverpool, despite Mourinho seemingly wanting to block up midfield and create a scrappy game.

It’s uncertain why Fred was so overlooked, especially as his energy and tenacity could have proven useful in a struggling side. Many of Manchester United’s players might feel relieved about Mourinho’s departure, but perhaps no one will benefit as much as the Brazilian, who could find himself reinvigorated under Mourinho’s replacement.

In comparison to the aforementioned three fellow South American midfielders, however, he has much to live up to; Arsenal, Liverpool and Chelsea have all been significantly strengthened by their summer signings.