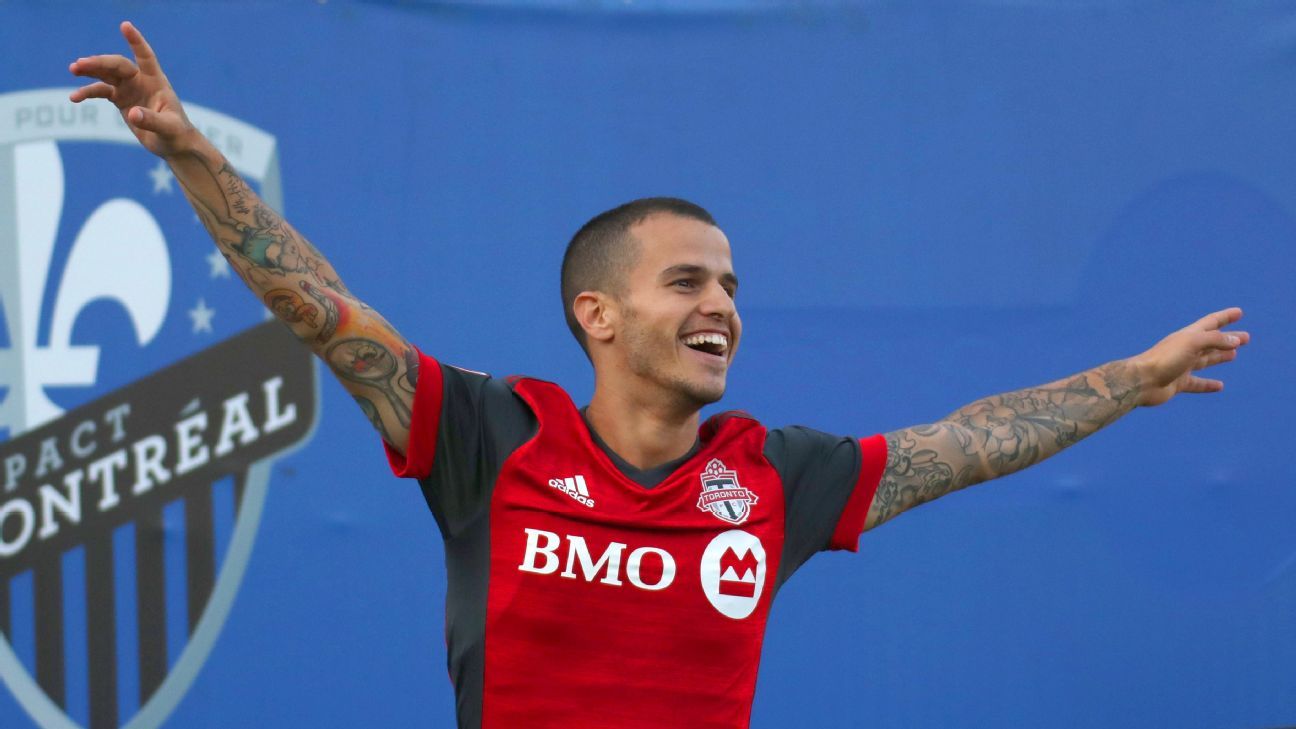 
Toronto forward Sebastian Giovinco says he has not yet given up hope of earning a recall to the Italy squad and has defended the competitiveness of Major League Soccer.

Giovinco has not been considered for selection by Gian Piero Ventura since he took over from Antonio Conte as Italy coach back in 2016. Conte had also stopped calling up the former Juventus forward, claiming that he was not being tested enough in North America.

Giovinco, who has scored 15 goals in 24 MLS appearances this season, disagrees as he continues to hope he will earn some consideration from back home.

“It’s true that tactically, the game’s simpler here and attackers have more chance to score, but on a physical level, certainly this is a very demanding league,” he told La Gazzetta dello Sport. “Besides, nothing’s easy. I just do my job the best I can, moving on all the time, without letting things which are out of my powers get to me.

“It’s obvious that for a footballer, wearing Azzurro and winning with that shirt is the maximum aspiration, and it always will be. All that I can do is continue along this path, playing well for my club. If [Italy] were to call me, I’d be delighted.

“There’s no doubt that [MLS] has improved. It’s still not on the same level as the elite European leagues, but it all depends on the desire and the effort you put out there. Big names keep arriving and there are a lot of top quality South Americans.

“[If Toronto were in Serie A] we would avoid relegation easily, maybe finishing in midtable.”

David Villa was recently recalled to the Spain squad, despite plying his trade in MLS with New York City FC, although Giovinco still does not believe anybody in Italy is really taking notice.

“Clearly there are different criteria for evaluation, but what am I supposed to do?” he asked. “Pull my hair out? I couldn’t even do that anyway, it’s already so short.

“I’ve made a big impact on this league, but then I think of the likes of Villa and Kaka — if they’d come when they were younger, there would be no contest [in terms of being the best player ever in MLS].

“I like it here and I’m enjoying it, which equates to me being serene, but when I see games in the Champions League and Serie A, I do give a bit of thought [to returning] now and again. But ifs and buts get you nowhere.”

Instead, Giovinco is intent on crowning three seasons in MLS by finally winning the title with Toronto this term.

“We’ve got more points than anybody else in the regular season and if we were in a European league, we would be champions, but here we have the playoffs,” he said. “We need to win this trophy, also to make up for the horrible experience of last season.

“Losing the final on penalties at home, in front of our own fans, was doubly bitter. It was like going to Rome without seeing the Pope.”

Giovinco will probably have to watch Italy from the other side of the Atlantic once again next month, when the Azzurri try to take one of the remaining four tickets to the World Cup by beating Sweden in a playoff.

His hopes of appearing at the World Cup will depend on others, who Ventura believes will do the nation proud.

“I’ve got the fortune of working with an excellent group of lads,” he told the Italian Football Federation’s official website. “We’re accompanied by the love of the Italians and history shows that it has always been this way when it matters, and we’re going to go to Russia all together.

“We are up against strong opponents who deserve the utmost respect. Sweden, on their way to the playoffs, beat France in Stockholm and finished ahead of Netherlands. We’ll prepare for these two games in November with belief and determination.

“Nobody has ever considered and nobody ever will consider the hypothesis of not going to the World Cup.”