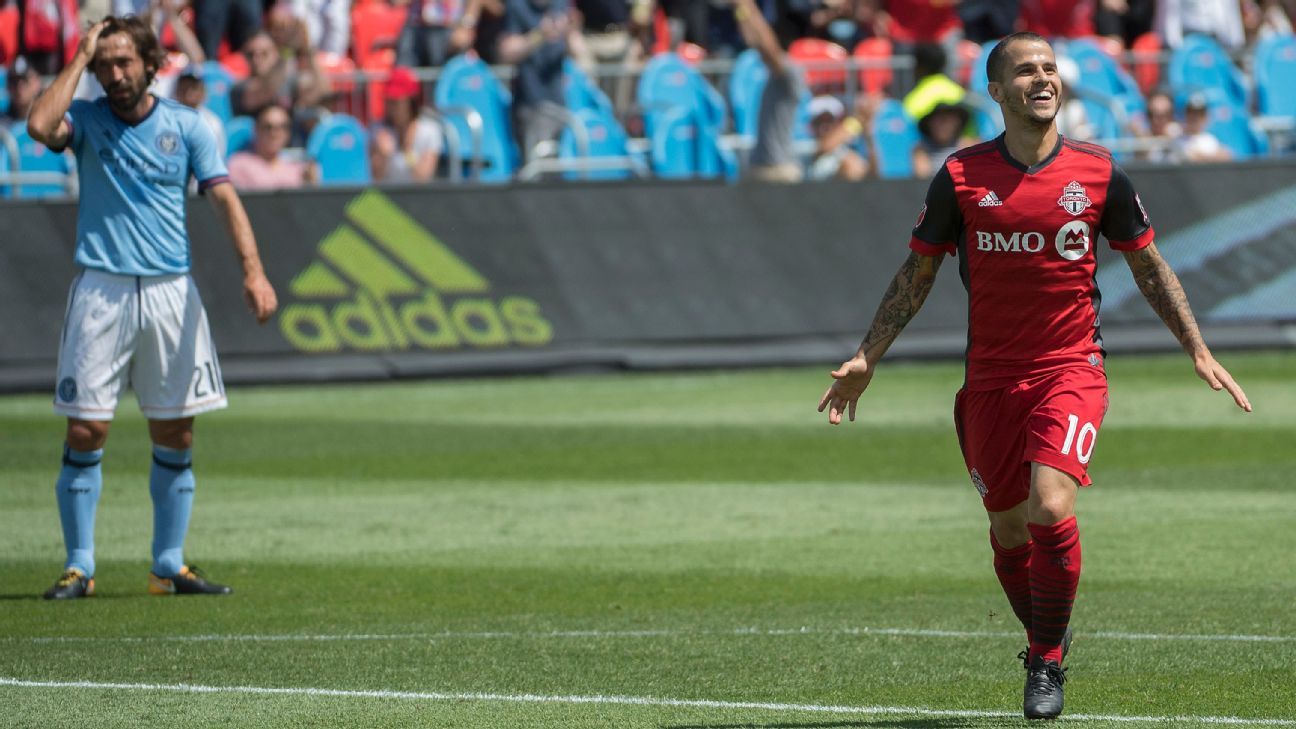 
Lots of movement in the Power Rankings this week, as Toronto FC leapt to the top following its big win and the Chicago Fire’s loss to Sporting Kansas City.

1. Toronto FC (+2): Just in case anyone had forgotten, Sebastian Giovinco reminded MLS that he remains the best player in the league with two goals in a 4-0 romp over NYCFC.

2. Chicago Fire (-1): On the field, the Fire ran into a Sporting team with something to prove, and lost 3-2 in Kansas City. Off it, David Accam’s future remains up in the air.

4. Sporting Kansas City (+2): No Dom Dwyer, no deficiencies on the attacking end for Sporting. The emergence of Daniel Salloi in a 3-2 win over the Fire is a great sign.

5. FC Dallas (-1): A deflected shot and a questionable penalty had Dallas in a hole even before a red card for Carlos Gruezo, all of which resulted in a shocking 4-0 loss to Vancouver.

6. Atlanta United (-1): There was a bit of bad luck at play in Atlanta’s 1-1 draw with Orlando in their final game at Bobby Dodd Stadium. The frame of the goal kept out several excellent efforts.

7. New York Red Bulls (+2): Since losing to NYCFC on June 24, the Red Bulls are enjoying a four-game unbeaten run. Their most recent victory came in 4-0 demolition of Montreal.

9. Seattle Sounders (+2): Seattle extended its unbeaten run to six games, putting on a strong defensive performance in a scoreless draw against LA.

10. Columbus Crew SC (-1): After Wednesday’s 3-0 debacle of a loss in Philadelphia, Crew SC did a credible job in a 2-2 draw across the country in Utah.

11. Vancouver Whitecaps (+4): Not many would have picked the ‘Caps to go on the road and beat down Dallas 4-0, but a bit of a luck and a red card for the host set things up nicely for Vancouver.

12. San Jose Earthquakes (-2): Nick Lima’s sweet half-volley was all the Quakes needed to take down the Rapids 1-0 at Avaya Stadium.

13. Portland Timbers (+1): The good news is that VAR would have fixed the missed call that held the Timbers to a 2-2 draw in Houston. The bad news it that VAR won’t be operational until next week.

14. LA Galaxy (-2): Sigi Schmid’s Galaxy debut and showdown with his old club came and went with a whimper, as neither LA nor Seattle found the net in a goalless draw.

15. Orlando City SC (-2): Kaka has still got it. The Brazilian showed his quality with a wonderful goal in Orlando’s 1-1 draw against Atlanta. Now to sort out the Dwyer / Cyle Larin partnership.

16. Real Salt Lake (+1): Mike Petke’s suspension meant there was no rant this week. RSL’s bad luck with the post kept things to a 2-2 draw with Columbus.

17. New England Revolution (+1): That’s two wins in a row (with seven goals in total) following a 3-0 win over Philadelphia. If this is indeed a resurgence for the Revs, the real test comes next weekend in Chicago.

18. Philadelphia Union (-2): Flip sides of the coin for the Union between two games this week. Good: 3-0 win over Columbus at home. Bad: A dispiriting 3-0 loss in New England.

19. Minnesota United (+2): Nothing like facing the sad sack Black & Red to bring some joy to a difficult expansion season. The Loons set a new mark for largest margin of victory with a 4-0 win over D.C.

20. Colorado Rapids (-1): In the end, it wasn’t the lack of Tim Howard in net that hurt the Rapids in their 1-0 loss at San Jose; Colorado just can’t generate chances.

21. Montreal Impact (-1): It’s the Daniel Royer Show in Jersey these days. The Austrian scored twice in the Red Bulls’ 4-0 romp over the Impact.