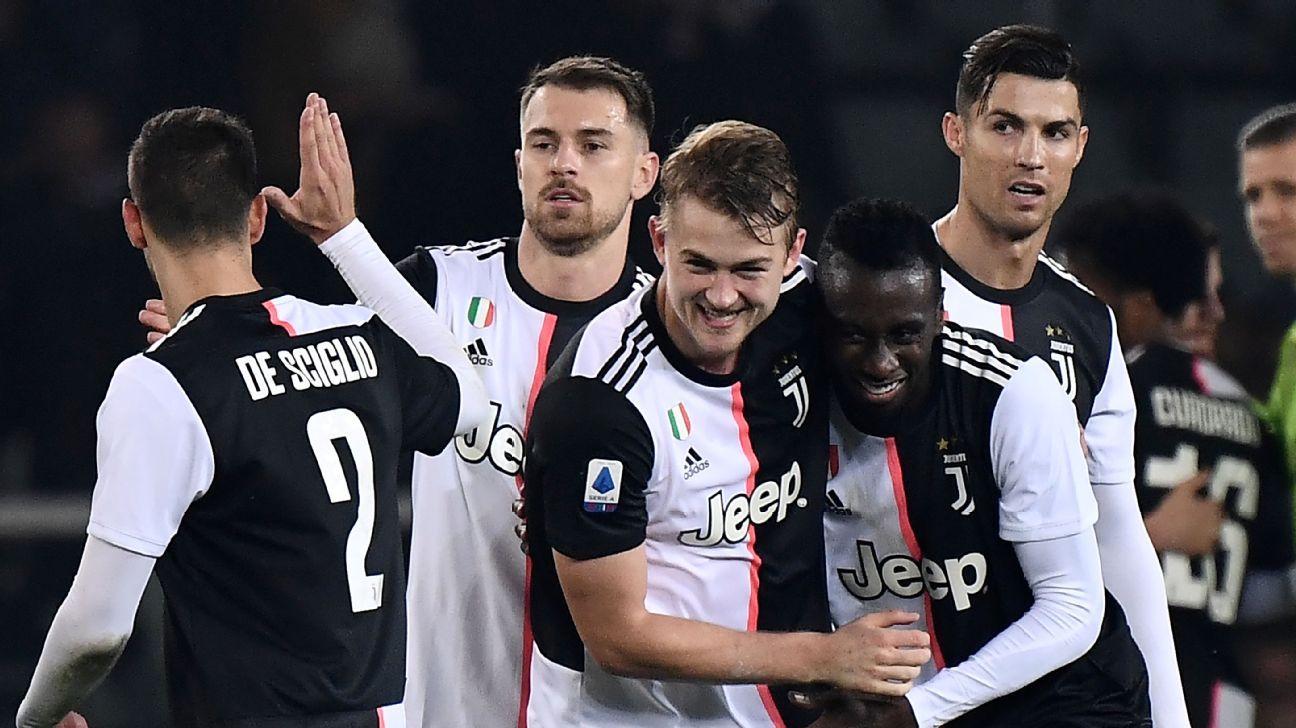 Juventus stayed top of Serie A and maintained their winning ways against their less glamorous neighbours Torino when a second-half goal from Matthijs de Ligt gave them a 1-0 away victory in Saturday’s Derby della Mole.

The 20-year-old Dutchman hooked the ball in following a corner to score his first goal for the Turin club midway through the second half of a scrappy, bad-tempered match.

Juventus, chasing a ninth successive title and still unbeaten since Maurizio Sarri took over as coach before the start of the season, lead with 29 points from 11 games, one ahead of Inter Milan who earlier won 2-1 at Bologna.

They have won nine and drawn two of their last 11 meetings with Torino and have been beaten only once by their neighbours since 1995.

De Ligt was in action at both ends in the first half. He was lucky not to give away a penalty for handball in his own area and forced a brilliant save from Salvatore Sirigu just before halftime in the other.

“I am just standing and the ball hit me,” he said. “I knew immediately it was not a penalty, because the rules are if my arms are down here, it’s not a penalty.”

Gonzalo Higuain gave the Juve attack some extra bite when he came on during the second half and quickly forced another save from Sirigu with a volley.

Juventus broke the deadlock after 70 minutes when Higuain knocked back a corner at the far post and De Ligt fired past Sirigu, leaving Torino coach Walter Mazzarri furious with his defence.

Torino fought back well and Bremer had the ball in the net with a chest and volley in stoppage time but the Brazilian’s effort was disallowed for offside.