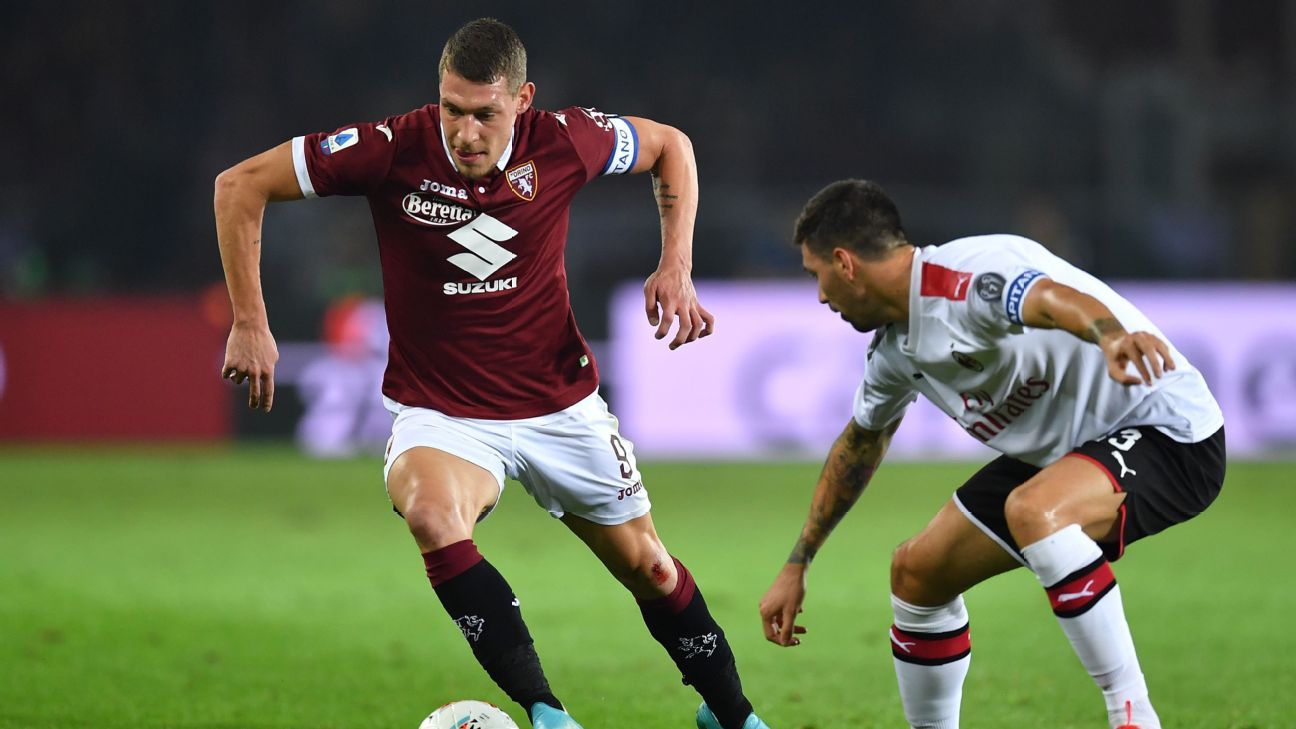 Torino forward Andrea Belotti inspired a second-half turnaround with two goals to beat AC Milan 2-1 on Thursday, piling more pain on the fallen giants of Italian football as they slid down to 13th in the Serie A table.

Milan, reeling from a 2-0 derby defeat by Inter, got off to a strong start when Polish forward Krzysztof Piatek converted a penalty in the 18th minute.

Italy striker Belotti missed a clear chance for the hosts just before halftime but made amends by levelling in the 72nd minute with a thumping strike from outside the area which proved too powerful for Gianluigi Donnarumma in the Milan goal.

Belotti put his side in front four minutes later with a scrappy yet emphatic finish, pouncing on another poor piece of goalkeeping by Donnarumma to bundle the loose ball towards the net, then conjuring up a scissor kick to smash it into the net.

Simone Zaza should have sealed victory for Torino in stoppage time when he tore towards goal alone but slipped over as he tried to round Donnarumma.

Torino were instead made to sweat for all three points, relying on an impressive save from goalkeeper Salvatore Sirigu to thwart Piatek from point-blank range and inflict a third defeat in five games on six-times European champions Milan.

Torino moved up to sixth place on nine points after five games, while Milan are 13th on six. Inter lead the standings on 15 points.