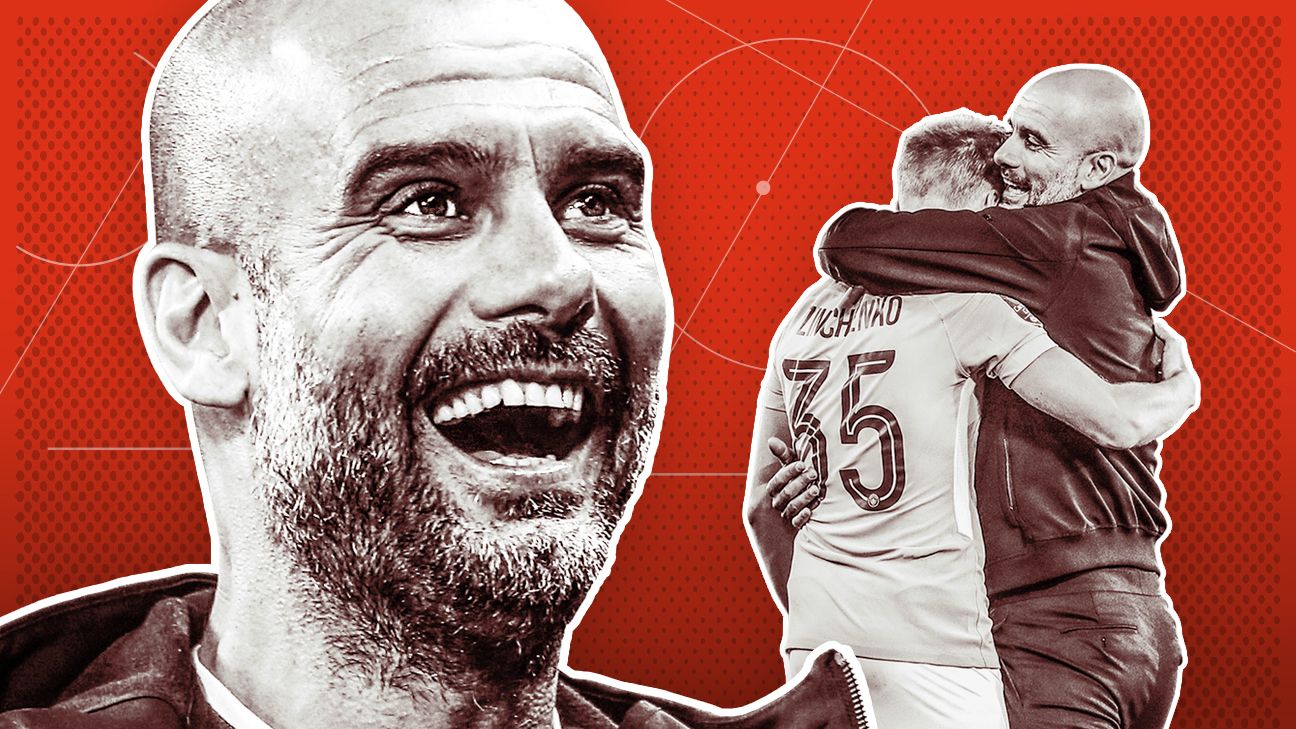 
In 2000, Ghostface Killah was riding high as one of the best MCs on the planet. He was an integral member of the Wu-Tang Clan, a group who were once to hip-hop what Arrigo Sacchi’s AC Milan were to football: fearsomely intense, fearlessly innovative and utterly dominant. Four years earlier, he released Ironman, a debut LP that had established him as one of the pre-eminent storytellers of his age. His next record would surely be another album in that same vein, a winning blend of killer slang and thrilling anecdotes.

Right? Wrong. Because Ghostface made a significant change to his style and got even better. His second LP, Supreme Clientele — written after an immersive visit to Benin — saw him embrace universal themes of love, loss and redemption, all of it delivered via a stream of chaotic flows and outlandish metaphors. At first listen, several dismissed it as gibberish; upon many returns to the material, it was acknowledged as a classic. What does this have to do with Pep Guardiola?

Like Ghostface, Guardiola knows that progress in an exceptionally competitive field relies on a slight tweaking of an old proverb.

Ghostface sold around 800,000 copies of his debut but knew that its success had created countless imitators. The only way to stay ahead of them was by taking the artform into a direction they wouldn’t anticipate. Given how hard it is to find a winning formula in either music or football, it’s no surprise that, once you’ve discovered one, you would stick to it.

Yet the true greats keep pushing forwards even when they are at their very peak, since they are competing not just with the challenges of the moment, but all those they see in the future. So it was that, no sooner had Manchester City won the Premier League with a near-constant display of devastating attacking football that Guardiola issued a challenge to his stellar forwards, signing Riyad Mahrez from Leicester City. And so it was that Leroy Sane, arguably City’s outstanding winger the previous season, started the new season on the bench. A few weeks later, both are now crucial contributors to their team’s attack and Guardiola’s side (in the Premier League, at least) look more overwhelming than ever.

It’s easy to say that complacency is the enemy of progress but it is far harder to stop taking glory for granted, especially when you have long worked with a lineup that you trust. Sane, as it turns out, was left out of the Germany squad for the 2018 World Cup, a decision that looked questionable at the time and fatally conservative in hindsight. Zinedine Zidane’s Real Madrid are of course famous for being the first team in the UEFA Champions League era not only to retain the trophy, but to win it three years running; they are also striking for the speed of their disintegration, with their best forward of late being left-back Marcelo. This is partly because like Germany at this World Cup and Spain at the World Cup before, they have seemingly achieved the most dangerous thing in professional football: job satisfaction.

Roy Keane, the captain during Manchester United’s seemingly unending procession of victory, confessed that he had only really enjoyed his career in retrospect, so consumed was he with the business of winning. Yet Madrid’s starters, for the time being at least, have apparently had their fill. The warning signs were there — poor form in the league suggested a team lacking consistent intensity — and once Cristiano Ronaldo departed along with his steady supply of match-winning goals, the cycle of success was well and truly over.

The most successful clubs and managers, at least as far as finances will allow them, have a thirst for renewal. In 1996, Sir Alex Ferguson, just two years after winning both the league and domestic cup with Manchester United, won both trophies again having changed half of his starting XI; he famously released Paul Ince, Mark Hughes and Andrei Kanchelskis, three of his best senior players, just before the start of that season.

Ferguson was a master not only at bringing through talent, but at making the short-term deals to galvanise a squad. Witness, for example, his loan signing of Henrik Larsson for two months during the 2006-07 season, during which the veteran Swede played a brief but vital role in helping United overcome Chelsea during a close title race. Look, too, at Ferguson’s sensational purchase of Robin van Persie from Arsenal in the summer of 2012, which saw the Dutchman lead United to the league championship in the very next campaign.

Then there’s Diego Simeone at Atletico Madrid, who has often been compelled by economics to sell his best centre-forward almost every single season. Just before Simeone got the the job, his club sold Sergio Aguero; since then, they’ve parted company with no fewer than four of the finest strikers in Europe, Radamel Falcao, Diego Costa, Diego Forlan and Mario Mandzukic. Yet during that period, one marked by excellent Real Madrid and Barcelona sides, they still managed to win one La Liga title, one Copa del Rey, two Europa Leagues, two UEFA Super Cups and twice finished runners-up in the UEFA Champions League.

So how have some clubs successfully managed transition where others have not? Broadly speaking, there are three reasons. First, as Atletico Madrid have shown, a supreme scouting and academy system certainly helps, which quickly unearths talent to replace those sold. (See also Borussia Dortmund, whose acquisition of Jadon Sancho from Manchester City and development of Christian Pulisic means they have absorbed the loss of Ousmane Dembele virtually without losing stride.)

Second, they must constantly remind their very best players that they are not indispensable. In the early 1990s, Fabio Capello’s AC Milan did this by maintaining a squad so good that it was once considered they had a first XI capable of winning the World Cup and a second XI capable of winning Serie A.

Third, and most crucially, they must take “the Ghostface approach” — they must remember that glory is fleeting and that it is precisely in the moment of triumph that you must plan ahead. Whether in relation to tactics, playing and coaching staff or both, there must be change.

On this final note, much to the chagrin of Real Madrid, it is their rivals Barcelona who have most firmly embraced this ethos. Even as they were on their way to a La Liga title last year, they were working on the signings of Arthur and Malcom, two Brazilians who look set to be mainstays of this squad and perhaps even the starting XI for several seasons to come. It’s now clear to all why Ernesto Valverde, the Barcelona manager, was one of the men Guardiola nominated as his successor when he left the Camp Nou.