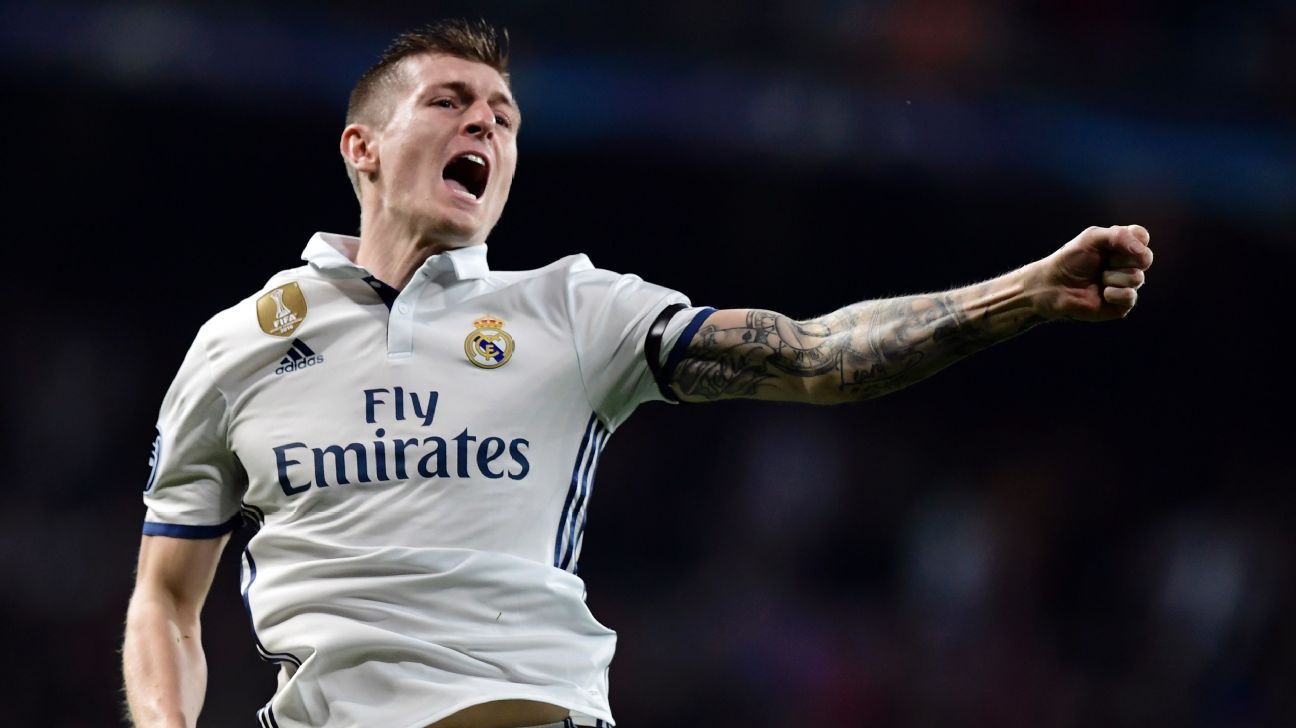 
Toni Kroos says he is pleased he turned down a Bayern Munich contract and moved to Real Madrid in 2014, and added he will never to return to the Bundesliga champions.

Kroos, 27, made 205 appearances for Bayern and won three Bundesliga titles, while he was an integral part of Jupp Heynckes’ Treble-winning side in 2013.

Following a single season under Pep Guardiola, Heynckes’ successor at Bayern, Kroos opted to leave to join Madrid in the summer of 2014.

A La Liga winner with Madrid this season, Kroos is the only German player to win the Champions League with two different sides after lifting the trophy last year.

If Madrid become the first side to successfully defend the Champions League against Juventus in Cardiff on Saturday, Kroos will follow in the footsteps of Bayern and Germany legends Franz Beckenbauer, Uli Hoeness and Gerd Muller in lifting European football’s top club competition three times.

“Looking back at the whole situation now I’m honestly glad that I didn’t agree terms with Bayern,” Kroos told Sport Bild. “Initially, I had planned to stay if we could agree a deal, but you can definitely say we didn’t agree financial terms. In the end, though, it wasn’t only about financial matters.

“After our talks it was a good time to say: ‘Now I want to experience something new.’ In hindsight, after three years at Real, I can say it was definitely the right move and I’m very happy.”

Asked about his future plans, Kroos added: “I’m happy at Real Madrid and can imagine ending my career here — if all goes well.

“I enjoyed six marvellous years at Bayern winning many titles, but the fact is I don’t plan on playing in Germany ever again. I’m not saying that for the first time either. There’s isn’t another option at this level in Germany. The Bayern chapter and also therefore the Bundesliga chapter is finished.”

Kroos faced Bayern for the first time since his 2014 move in the Champions League quarterfinals last month.

Asked about Madrid’s 6-3 aggregate victory against his former side, Kroos said: “There’s little place for sympathy in football.

“If we had gone out I wouldn’t have wanted any sympathy either. I like Bayern, especially my former teammates, but as a sportsman you have accept such a loss, which, all in all, was deserved.”