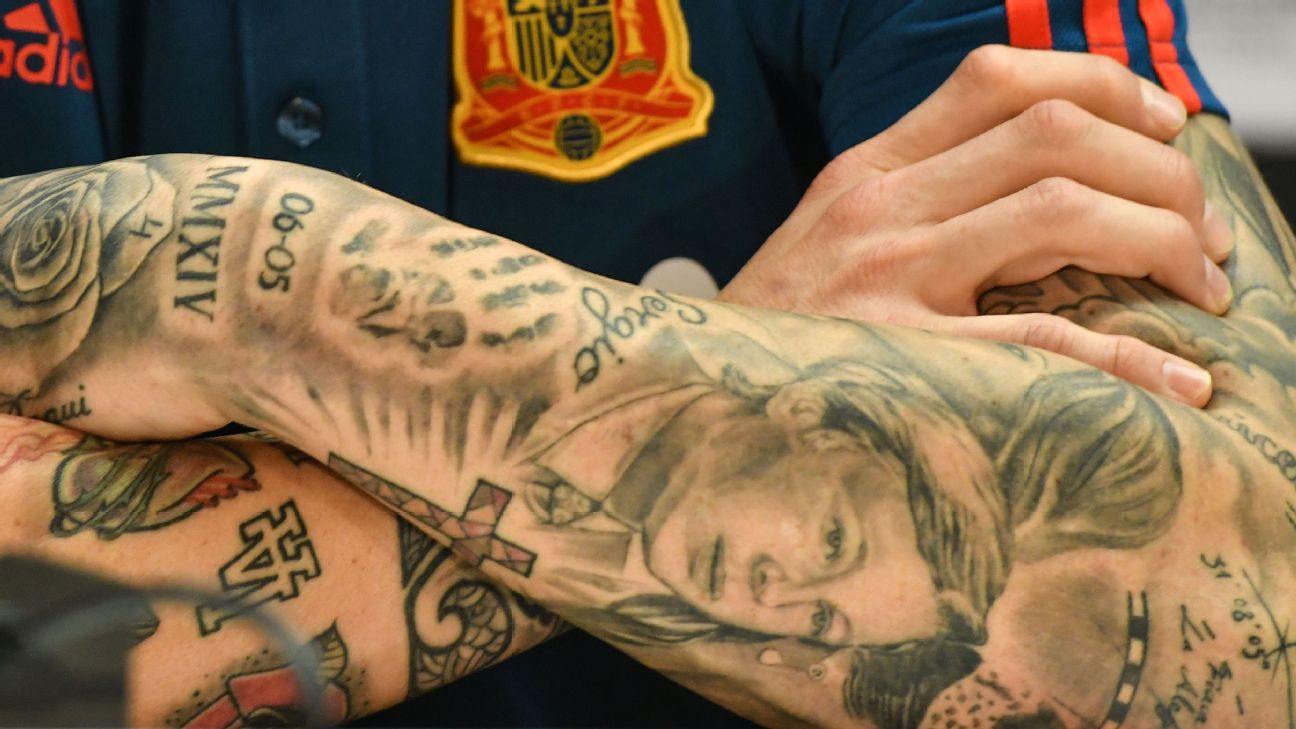 Sergio Ramos has accrued a veritable portfolio of tattoos over the years, with various ink now covering the vast majority of his body.

After captaining Real Madrid in their win over Celta Vigo, Ramos took to Instagram to present a guided tour of the myriad tattoos on his left leg.

As well as an assortment of motivational quotes and maxims, there are numerous random images dotted about the place — each with varying amounts of personal significance.

On his left thigh alone, Ramos has a quill and inkwell, the image of his son’s stuffed rabbit, a football pitch, tributes to Banksy and Salvador Dali, several references to his hobbies, and pictures of Mort & Phil — a popular Spanish cartoon series.

He also has a tattoo of Michael Jackson from his “Bad” era.

According to AS, Ramos has also reserved a space on his right calf where he intends to have a picture of his injury-time goal in the 2014 Champions League final.

Nice to know there’s still a bit of room available for new additions.

This also gives us the opportunity to revisit our list of the greatest football tattoos. And, of course, it features Sergio.

Why my club could sign: Bayern Leverkusen midfielder Kai Havertz
Why doesn’t Man City’s Sergio Aguero get the recognition he deserves?
Chelsea impress via Hudson-Odoi, 7/10, but slump to shock defeat at Newcastle
After Federico Valverde’s red card for Real Madrid, here are the most cynical players of all time
Hertha Berlin coach Klinsmann licence renewed for Bayern clash