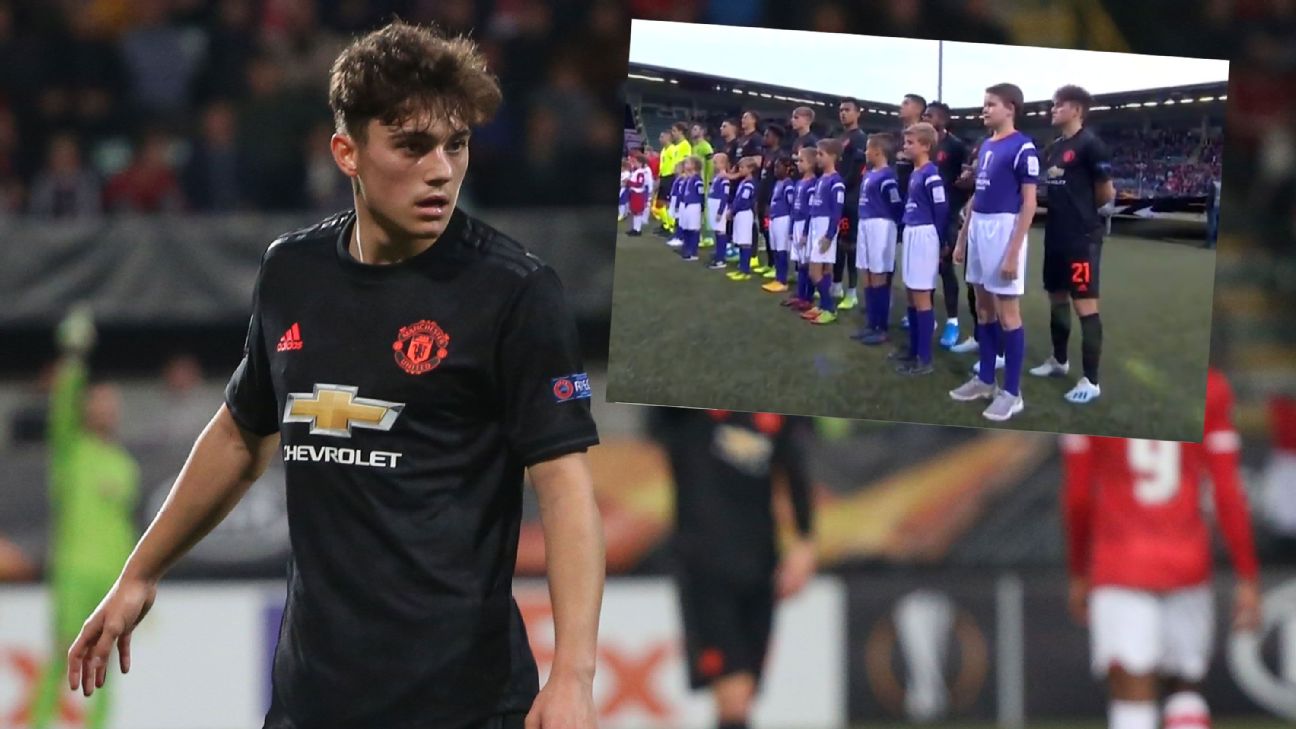 Manchester United endured another mediocre outing, this time in the Europa League, after failing to land a single shot on target during their drab 0-0 draw against AZ Alkmaar.

The evening got off to an especially inauspicious start for Daniel James as the United winger found himself paired with a mascot who was almost as tall as him.

As if they gave the tallest mascot to Dan James 😶😆 pic.twitter.com/0wkHedOPaX

A player of comparatively short stature, James (5-foot-6) was left peering awkwardly over his mascot’s head as the camera panned down the prematch line-up at the AFAS Stadion. If someone had swapped their shirts, you would have been forgiven for not knowing who the football player was…

Deliberately coupling the shortest player on the pitch with the tallest mascot is becoming something of a minor tradition. Here are some of the finest examples.

Celtic bring out the Ali tifo

Celtic fans unfurled a gigantic banner of Muhammad Ali, complete with one of the legendary boxer’s timeless quotes, ahead of their Europa League tie against CFR Cluj on Thursday evening.

“Ain’t nothing wrong with going down,” read the large banner, which initially showed an image of Ali down on one knee having been dropped to the canvas by his opponent.

The full quote — “It’s staying down that’s wrong” — was then revealed as the tifo changed to an image of Ali back up on his feet and delivering a knockout blow.

Spurred on by the fervent support at Parkhead, the Bhoys then registered a 2-0 win over Cluj to go top of the Group E table. So it clearly worked.

But fear not, Genoa fans, Zlatan Ibrahimovic is here to save you. The LA Galaxy striker has won almost everything there is to win and, on his 38th birthday yesterday, had a special message for ‘Ricky’ — a Genoa fan.

“Hi, Ricky. Are you ready? I’m coming to play for Genoa. Finally, we will win the title,” he said in a video.

With nine titles already, Genoa would get a star on their shirt if they were to claim a 10th. Better call the seamstress and start dusting that trophy cabinet down now.