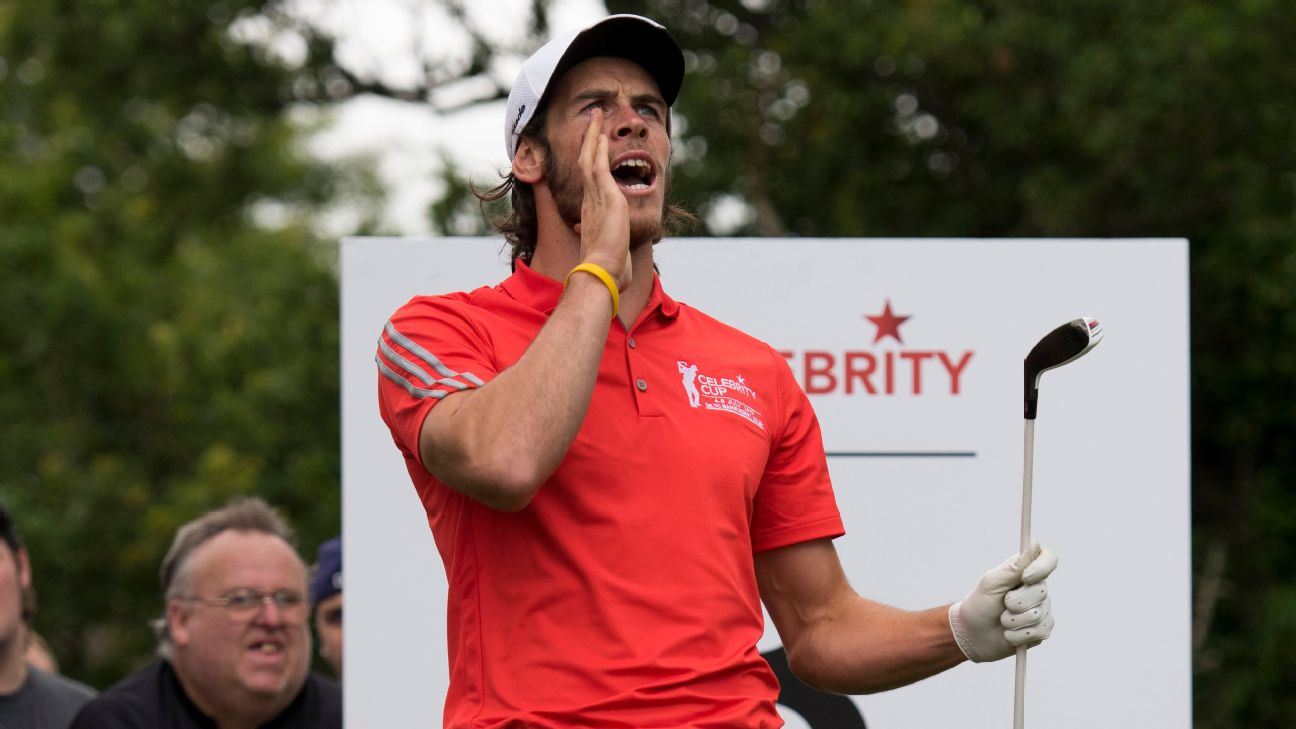 As revealed by Thibaut Courtois earlier this summer, Gareth Bale has been labelled “The Golfer” by his Real Madrid teammates.

This is because he struggles to communicate with the rest of the dressing room and instead spends the majority of his free time out on the golf course.

Bale acknowledged the moniker for the first time while talking to the media on Thursday, revealing that it was initially bestowed upon him in jest by his teammates.

“I am a golfer,” he said. “Have you not seen the pictures? I spoke to him [Courtois] about it and he said it as a joke.

“People took it out of context but I’m very happy with the nickname, to be honest. It’s a great one. Football is my No.1 sport. I’m paid to do it and I always give my best.”

Let’s be clear: “The Golfer” is not a great footballing nickname. It’s pretty unimaginative — the guy enjoys playing golf — and, in all honesty, it’s nowhere near these beauties.

Sean Dyche had the pleasure of meeting his doppelganger recently after making a guest appearance at rugby union club Harlequins.

Dyche was introduced to James Chisholm, who plays for Quins and is, by his own admission, a huge fan of the Burnley manager with whom he happens to share an uncanny likeness.

It all began a few years ago, when Chisholm grew a goatee for Movember only to find he suddenly looked exactly like Dyche.

The 24-year-old then embraced his new persona, even going as far as dressing up as the Clarets boss, complete with suit and tie.