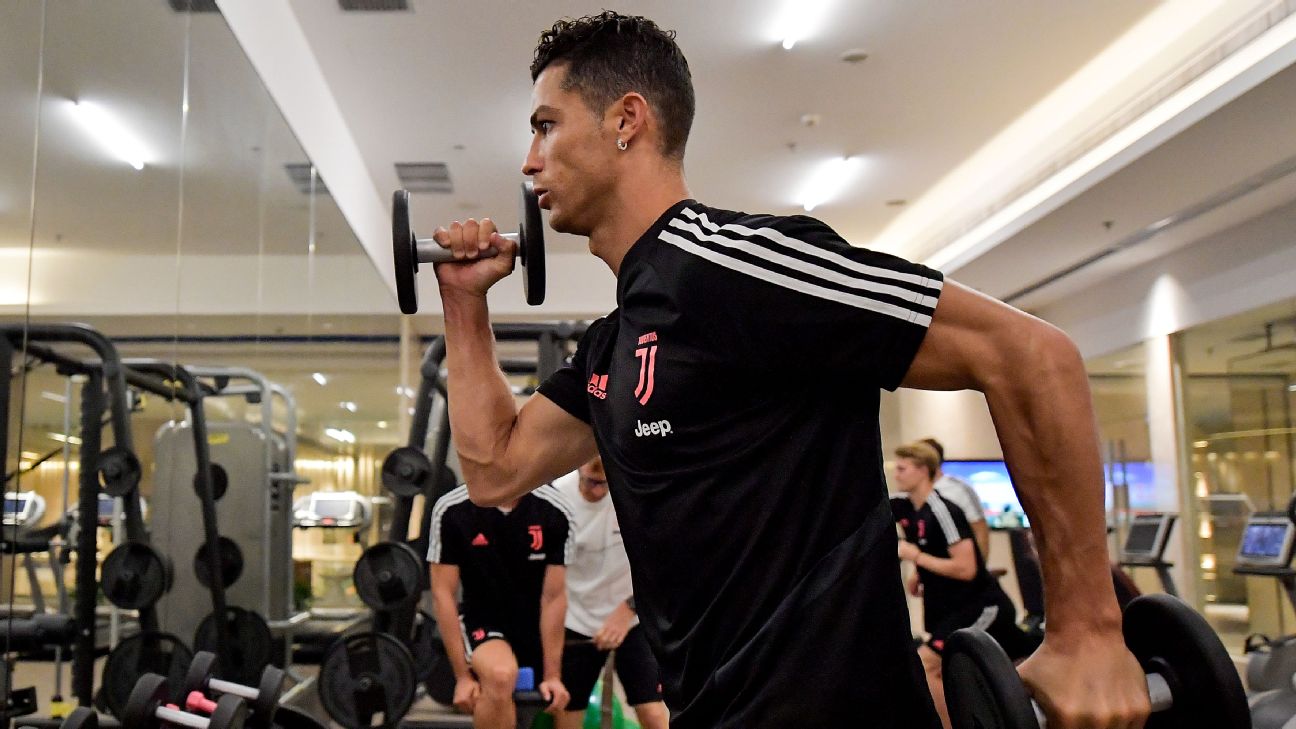 Jump to: Winter is coming | Leo a good name in Catalonia | Neymar in the NBA?

Being in fairly decent shape himself, Cristiano Ronaldo has shared a few of the secrets to attaining and maintaining his elite level of physical fitness.

The good news for the rest of us is that honing your body to near-perfection does entail scoffing the occasional pizza.

The bad news is that it also involves countless hours of focused training drills, strict diet and nutrition, and intensive workouts.

“The key is to take care of your body, train, do your recovery and eat properly,” Ronaldo revealed during an interview on YouTube channel ChrisMD. “Although sometimes I do eat pizza with my son otherwise it would be boring!”

Ronaldo also discussed the changes he’s made to his overall fitness regime as he has grown older.

“Life is all about balance and with age you start to understand that the most important thing is that you know 100 percent your body and you train smart. It’s not the quantity, it’s the quality,” he added. “When I was young, you work in a different way. I still feel good, sharp, motivated. I think the main point is the mind, if you feel motivated it helps a lot. I want to carry on like that.”

Whatever he’s doing, it’s clearly working for him. His Instagram account has been a good source (sauce?) of revealing what he eats in the past.

A breakfast fit for a king

Sardines and bread for lunch

It’s that time of year again. The nights are moving in, the air is beginning to chill and footballs the world over are turning from white to bright yellow.

Indeed, just to drive home the point that winter is most definitely on its way, the Premier League have revealed the new hi-vis ball they’ll be using this season.

The Premier League winter ball is a thing of beauty 😍 pic.twitter.com/0hn5bH7gJe

The new Merlin match ball is actually inspired by the first winter ball Nike produced for official use in the Premier League: the Total 90 Aerow Hi-Vis, which made its debut in 2004-05.

The latest incarnation will be available for the first time from Oct. 25 onwards, though fingers crossed that it won’t be required until mid-December at the earliest.

Barcelona’s Lionel Messi remains a constant source of inspiration for residents in Catalonia as the shortened version of his first name, Leo, continues to rise in popularity.

The latest data from the Catalan Institute of Statistics reveals that 459 babies born in 2018 were, in all probability, named after Barca’s top goalscorer.

The use of the name Leo in the region directly coincides with the Argentina international’s record-breaking spell at Camp Nou. Back in 2004, the year in which Messi made his first-team debut for the Blaugrana, just 11 babies were named Leo. The following year saw 25 more little Leos enter the world in the region.

There were more baby Leos born in 2018 than league goals scored by Messi (419). Although he still has the edge in all competitions, having scored 603 goals for the club since he made his debut.

Neymar in the NBA?

NBA star Jimmy Butler gave a shout-out to his friend Neymar while posing for photos in his new Miami Heat jersey.

While slogging through his Heat media day, Butler stood with Neymar’s name taped across his back.

The pair struck up a rapport recently when Butler spent the day hanging out in Paris as the special guest of his footballing idol.

After six years with the Chicago Bulls, Butler signed with Heat back in July after spending just one season with the Minnesota Timberwolves and Philadelphia 76ers respectively.