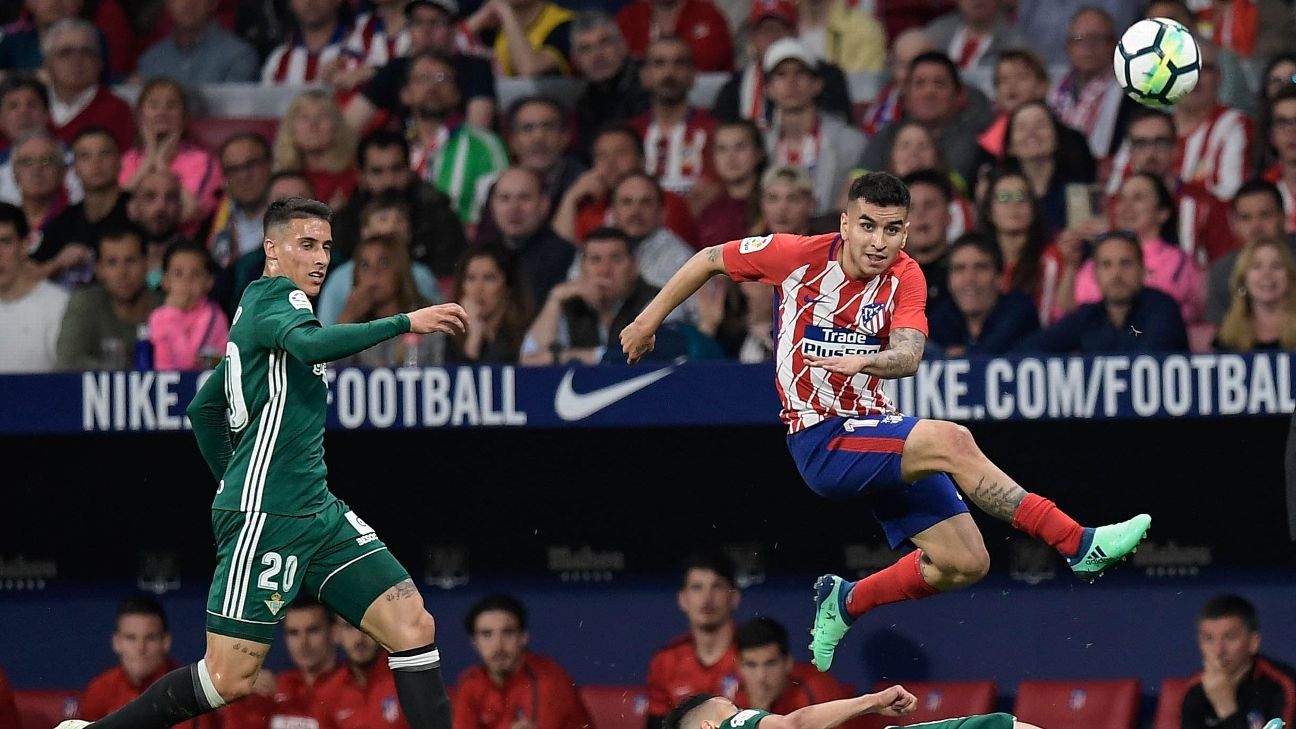 Atletico Madrid goalkeeper Jan Oblak admitted his team were tired after Sunday evening’s goalless La Liga draw at home to Real Betis, but said he was sure they would raise their game for Thursday’s Europa League semifinal at Arsenal.

With Rojiblanco coach Diego Simeone resting stars including Antoine Griezmann and Koke ahead of the trip to London, veteran striker Fernando Torres got a rare start and came closest in the first half when his flick was headed off the line by a covering defender.

Fifth-placed Betis came into the game in fine form and had the better of the chances after the break. Ex-Barcelona winger Christian Tello struck a post with a low 20-yard skidder, although Atletico midfielder Saul Niguez also hammered a long-ranger off the woodwork.

With ex-Chelsea centre-forward Diego Costa unlikely to be available on Thursday due to a thigh muscle injury, there was a further fitness concern for Simeone with right-back Juanfran asking to be replaced midway through the second half.

Atletico have now won just one of their past five games in all competitions, with Simeone having to name youth teamers on the bench each time after three important squad players left for China midseason. But Oblak told BeIn Sports on the final whistle at the Wanda Metropolitano that his side would be ready to show their true selves at the Emirates on Thursday.

“We have been playing every three days and you can see the team is a bit tired,” the Slovenia international said. “We can’t make many changes, but for sure on Thursday we will show who we are and compete well. I am hopeful we can go through.”

Atletico are now 11 points behind leaders Barcelona with just four games left to play, meaning Barca can secure the title if they win at relegation-threatened Deportivo La Coruna next weekend.

Oblak suggested the domestic aim now was maintaining their current four-point advantage over third-placed Real Madrid, who have a game in hand.

“The most important thing is that we are second in the table,” he said. “We want to stay here, and we can do that. We can play better in other games and win. If we cannot be first, it is important to then finish second.”

Oblak admitted to frustration that Atletico had not been able to get a victory against a Real Betis team who are themselves now almost certain of Europa League qualification for 2018-19.

“The feelings are not so good, a point is not enough at home,” he said. “But Betis have been playing well recently and showed that again today. We could not get the three points, so we must be happy with the point we are taking home.”