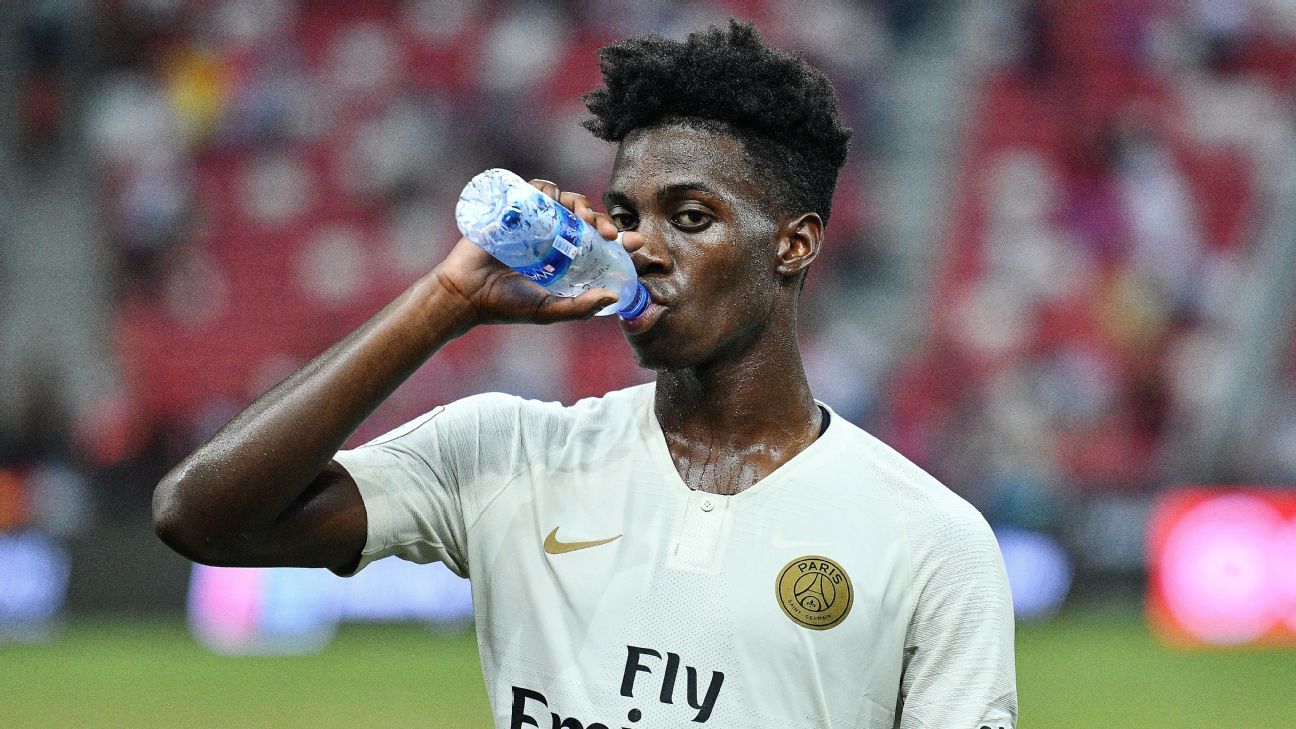 
SINGAPORE — On the whole, Paris Saint-Germain’s 2018 International Champions Cup (ICC) campaign was not a great success. Away from the pitch, the Ligue 1 giants boosted their brand by spending an extended period of time in Southeast Asia, one of the club’s most rapidly growing markets, but Monday’s dramatic 3-2 win over Atletico Madrid was the only positive result from their time in Singapore.

Losing 3-1 to Bayern Munich in Klagenfurt, Austria, and 5-1 to Arsenal at National Stadium hardly enriched those who played, and although many youth academy products were involved, many were asked to play out of position, which limited their and coach Thomas Tuchel’s gains.

However, if pre-Trophee des Champions success stories were few and far between, then Timothy Weah has arguably done himself the most favours before PSG jet off to Shenzhen, China. The evolution of defensive midfielder Lassana Diarra morphing into a central defensive option was unexpected, but the heavy use of the young U.S. international in Austria and Singapore was not.

This coming season has rapidly grown in importance for Weah since his international debut and subsequent emergence as a great hope for American soccer earlier this year, as well as the fact that he is the son of former Ballon d’Or winner and current Liberia president, George.

“My surname is on my back, so I don’t see it when I play — that is for the fans only,” Weah said while in Singapore. “Because of that, there is no pressure for me. I just focus and concern myself with playing as I can.

“Of course I watch videos of my father’s goals from time to time, while I also receive a lot of advice from him, but what you see on the pitch is the result of my own hard work.”

Tuchel threw down the gauntlet to Weah ahead of the Arsenal clash, and the 18-year-old has since shown that he is up to the task.

“This is a big opportunity for Timothy, and he needs to seize his chance,” the former Borussia Dortmund and Mainz 05 coach said. “He is very fast, has great endurance, does not need long to recover and still remains one of the fastest [players in PSG’s squad].

“The build-up to Timothy’s goal against Bayern was remarkable. Now he must use this quality not just for himself, but also for the team in order to become a dangerous, confident and professional player: these are the next steps for Timothy to take.

“He is intelligent and wants to learn, so Timothy holds all of the cards here.”

Weah answered Tuchel’s challenge with decisive contributions against Arsenal and Atletico to show his new boss that he is ready for competitive action. The New York City native scored against Bayern, won a penalty against Arsenal and provided an assist against Atletico: a key role in three of the five goals scored by a largely young and inexperienced PSG at a time when many regular starters were away on post-World Cup holiday.

With Edinson Cavani out of the Monaco clash through injury, World Cup winner Kylian Mbappe still on holiday and Neymar uncertain to feature in China, Weah is almost certain to form part of PSG’s attack. In fact, Tuchel introducing the U.S. gem as a half-time substitute against Atletico was very likely with the Trophee des Champions in mind — plus the fact that Weah had played all but 11 minutes against Bayern and Arsenal.

International Champions Cup matches may well only be friendlies at the end of the day, but those non-competitive encounters are all that Tuchel has to go on — for now, at least. With that in mind, Weah has been one of the German tactician’s most impressive performers and merits greater involvement against Monaco in the Trophee des Champions and at the start of the new Ligue 1 campaign.