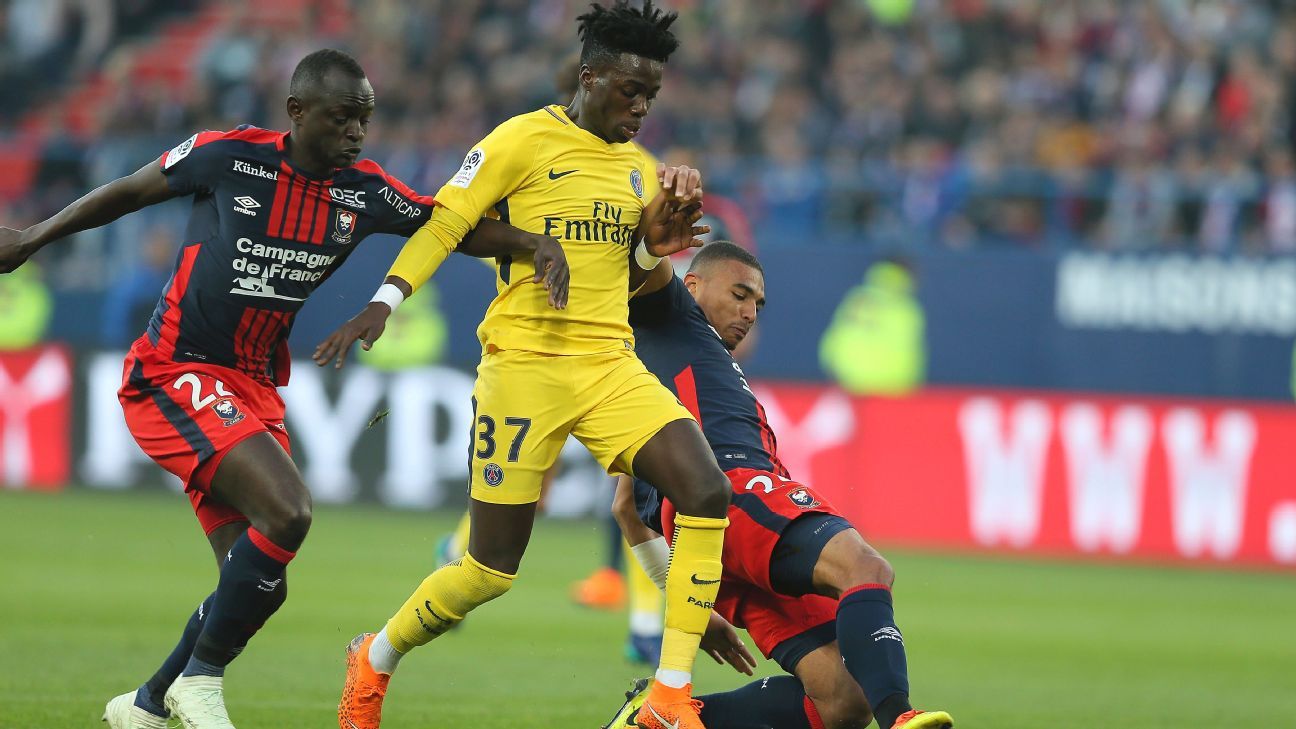 
Rising United States star Timothy Weah was handed his first senior start for Paris Saint-Germain by departing coach Unai Emery in a 0-0 draw away at Caen as the Ligue 1 season concluded on Saturday.

Weah, 18, played the full 90 minutes and picked up an early booking, but also did well to tee up Javier Pastore for a great missed chance and was generally lively.

Before Saturday’s start against Caen, Weah only had 32 minutes to his name with PSG’s senior team, but with Edinson Cavani and Neymar both out injured, Emery opted to rest Kylian Mbappe and Angel Di Maria and start Weah in a front three with Javier Pastore and Christopher Nkunku.

Speaking with the French champions’ official website recently, the teenager from New York City, admitted that he was “anxious” for more minutes at senior level and also played down the idea that his legendary father George’s Parc des Princes spell was his sole interest in the capital club.

Timothy Weah to make his first start for @PSG_English tonight ! ✊

“My father’s legacy counts but I have always been a fan of PSG, since Pauleta and Nene,” Weah told PSG.fr. “I was always playing as these teams on video games.

“PSG was always a club that I wanted to join. I was ready to come and work hard for the team. When I joined the senior side, I was just shocked to find myself among footballing legends.

“Right now, I am a substitute, so I watch the matches. I am so proud to learn. However, I am also anxious to play a bit more and show what I can do.”

Weah made his full U.S. senior national team debut in a 1-0 friendly win over Paraguay back in March and was the first player born in the 21st century to receive a cap for the Americans.