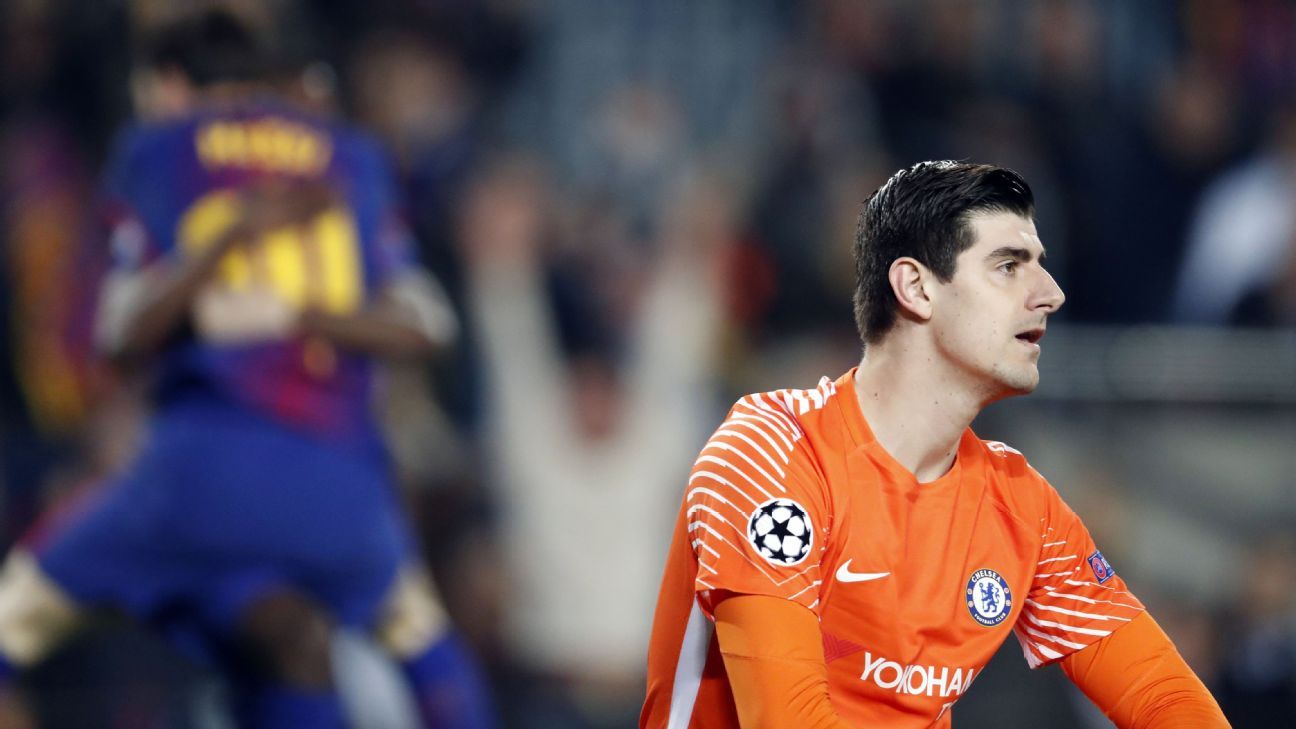 
There’s no shortage of big stories involving Chelsea at the moment. With the ongoing saga surrounding the future of Antonio Conte and rumoured appointment of his successor Maurizio Sarri remaining unresolved, supporters have also had to deal with the club announcing that plans to redevelop Stamford Bridge are on hold with no time frame set for reconsideration.

It’s an unsettling time for fans, whose primary concern has become the knock-on effect such dramas are having on team affairs. Chelsea’s stars when quizzed over the manager’s position have been tactful with their responses regarding Conte and his future, which has provided a degree of comfort. Managerial comings and goings at Stamford Bridge are nothing new and so the hope is that once again world class players like Eden Hazard will ride out the storm and stay.

Unfortunately however, at a time when unity and perceived loyalty have taken on greater significance for supporters, goalkeeper Thibaut Courtois’ supposed designs on leaving Chelsea  have come to the fore once again.

Since previous manager Jose Mourinho took the decision to bring Courtois into Chelsea’s first team squad in June 2014, everything possible has been done to accommodate his wishes. Legendary keeper Petr Cech was sold to Arsenal the following summer, thereby making the Belgian undisputed first choice keeper at the Bridge. A year later, with Conte at the helm, stories surfaced that Courtois was having problems with Cech’s mentor, Chelsea goalkeeping coach Christophe Lollichon who had been with the club since 2007. Lollichon was subsequently marginalised and Conte brought in Gianluca Spinelli who had worked for him coaching keepers during his time as Italy manager.

Despite these placatory changes, Courtois still became something of a contract rebel at the Bridge. Over the past 18 months the Belgium international, whose deal expires next June, persistently stalled on signing new and improved terms, regularly citing his domestic situation as being the key driver of his mind-set. Initially, there was a fair degree of sympathy with the 26-year-old, who has two young children living in Madrid, a family scenario borne out of his three-year loan spell with Atletico in the Spanish capital. However, the keeper’s habit of regularly talking up a potential move to Atleti’s rivals Real — particularly during international breaks when representing Belgium — has become an increasing source of irritation for Blues fans.

After Chelsea’s FA Cup triumph over Manchester United last month, Courtois maintained his non-committal stance advising that he would see “what is going to happen after the World Cup” and so with Chelsea director Marina Granovskaia wrapped up in sorting out the manager’s position, speculation is mounting once again the player is seeking a way out.

This time, support among fans has withered. Courtois may well be one of the world’s best goalkeepers, but he isn’t infallible. A nightmare performance against Barcelona in the Camp Nou that saw him nutmegged twice by Lionel Messi — a brace of goals which significantly contributed to Chelsea’s Champions League demise last season — brought with it merciless lampooning on social media. After the game, Courtois somewhat bizarrely admitted that he struggled to close his legs because of his height (6-foot-6). This lapse didn’t do his credibility any good whatsoever and given his attitude there were plenty of supporters calling for him to be dropped in favour of reserve keeper Willy Caballero whom Conte was using principally for the FA Cup.

When it came to the final against Manchester United, common sense prevailed. Manager and fans alike knew Courtois was better than Caballero and Conte duly selected the towering keeper, who put in a commanding display in Chelsea’s 1-0 win to remind his many critics of his quality.

The problem many supporters have with Courtois is that in his time at Chelsea he has never provided them with the feeling that playing for the club actually means anything to him. His countryman Hazard has had his moments of distraction and he too is in “wait and see” mode, but the sense is that he loves the Blues, is settled in London, and if the right reinforcements are added to the squad it will compensate for lack of Champions League action next season.

So now it seems that a watershed moment has finally been reached. Yes, Courtois is one of the world’s top goalkeepers, but the general consensus among Chelsea supporters now is that if a top quality replacement can be found then he should be sold.

A deal with Atletico which would see their highly rated Slovenia international keeper Jan Oblak trade places with Courtois would be an easy fix to the problem whereas negotiating an outright sale to Real may have to go on hold given Thursday’s shock resignation of their manager Zinedine Zidane. It’s also been reported recently that Chelsea have joined in the race to sign Roma keeper Alisson, however the Brazil international is also wanted by Liverpool.

Whatever transpires, it will come as a relief to all concerned when a line can be drawn under the whole affair so that everyone can move on.