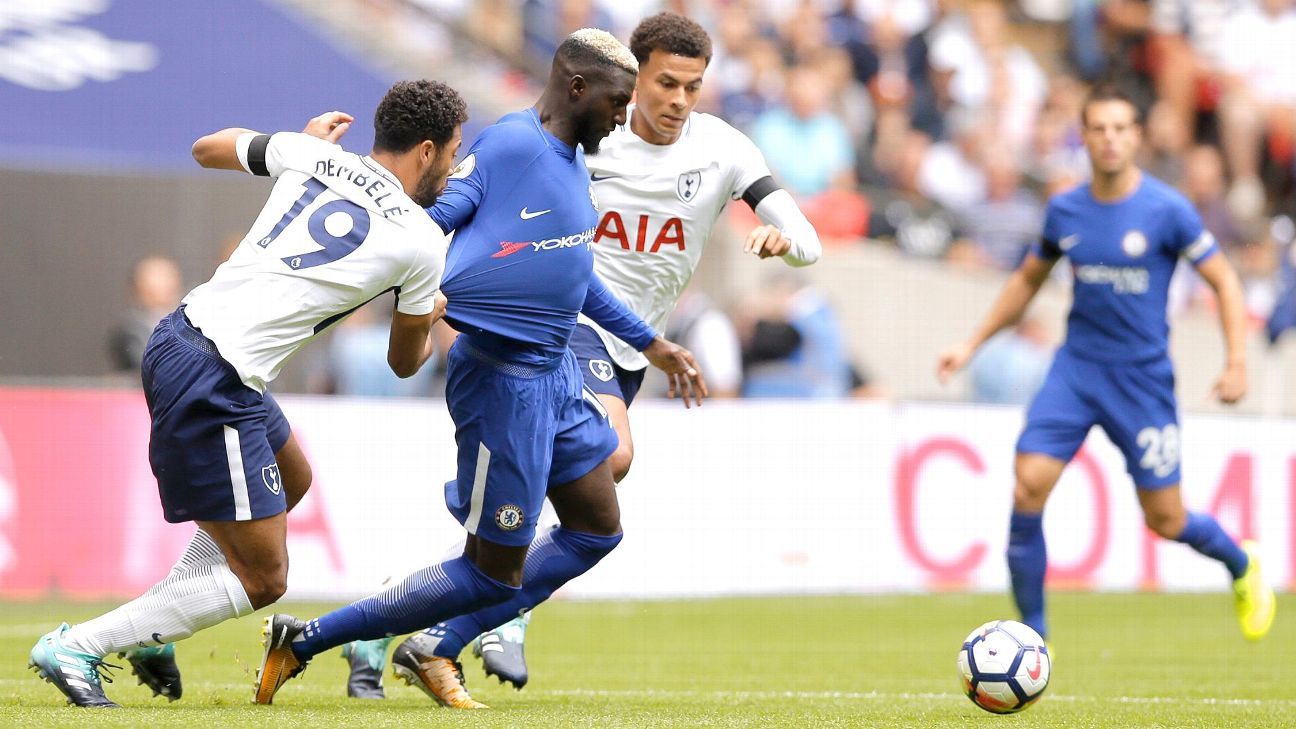 
Tiemoue Bakayoko has told L’Equipe the chance to work with Antonio Conte and follow in the footsteps of Didier Drogba were the key factors behind his summer move to Chelsea.

Bakayoko joined the Premier League champions on a five-year deal after an estimated £40 million transfer from Ligue 1 title-winners Monaco.

It marked the end of a long flirtation between the club and the athletic midfielder, who had crossed Conte’s radar while Bakayoko was still making a name for himself in France.

“When I was at Rennes and he was coaching Juve, he was following me already,” Bakayoko said.

“I wanted to work with him and I’m convinced he’ll make me improve and achieve my goals, individual and collective. If we’re talking about the coach and not the club, the choice is a logical one. He’s going to improve me tactically, technically and mentally.

“He yells at me every day in training, I have to be as precise as possible in everything I do. I know where I have signed and what the coach wants from me, I’m not worried about that. It’s only if I mess about or don’t work that I won’t play.

“I’m certain I’ll have playing time. Having said that, being in the starting XI, that’s another thing.”

The 23-year-old, whose family’s origins are in the Ivory Coast, lists Drogba as an idol to be emulated.

“There are very good leagues elsewhere, but I wanted to play here. When I was 12, Chelsea were already following me and wanted me to join their academy,” Bakayoko said.

“It’s a special story because I like this club a lot, I’ve always followed them. Moreover, the Ivory Coast’s best striker, Didier Drogba played here.

“Playing here is a source of pride, because I’ve achieved my goals. I recently saw one of the recruiters who has been following me since I was little and he told me he was happy to finally see me here.”

Bakayoko only made his competitive debut for his new club in last weekend’s win over Tottenham Hotspur at Wembley having missed the Blues’ 2017-18 Premier League opener as he continued his recovery from a long-standing knee injury that had required surgery over the summer.

The Paris-born midfielder, who made his senior international debut last season, still had two years to run on his Monaco contract. However, he felt the club’s frosty attitude to him — despite his weighty contribution to their first French title since the turn of the millennium — was a sign his time at the Stade Louis II was up.

“I think I did my job in Monaco where we finished champions. Some will say I left for money, but I stayed focussed on the football,” Bakayoko said.

“Chelsea is a step up from Monaco and my choice was made.”

Bakayoko, who joined Manchester City new-boys Bernardo Silva and Benjamin Mendy as the major summer departures from the principality, says that he is at peace with his decision.

“It was everything. There’s finance, the emotional aspect. It’s also about guarantees in terms of what they wanted me to do,” he explained.

“I had just finished champion, had a very good season after two nightmare years. I needed Monaco try to keep me a bit more. My status had changed after I made my France debut, but I expected them to reassure me, that they put me clearly in the project.

“I needed to talk, to know how we were going to move forward. I didn’t feel that at the end of the season. There was also my long-term injury. I didn’t get a phone call, I sorted myself out. When I saw all of that, I felt it was time to leave.”

The knee problem that had sidelined him until last weekend had been a problem Bakayoko had been carrying for some two years, and meant he said he had to “really grit my teeth” just to get through the 2016-17 campaign.

Though the surgeon’s knife has cleared up that injury, he still had to dig deep to last the whole 90 minutes against Spurs, a game that came before he was fully match fit, but one Bakayoko had been desperate to play all the same with the burden of his price tag weighing heavy on his mind.

“When you know you have been bought for €45 million, you arrive with an injury that hasn’t totally healed, you want … you get the feeling that you are useless, because you’ve cost quite a lot,” Bakayoko said. “You want to help your team.

“Also, we conceded quite a lot of goals in preseason. We’ve also heard a lot that Chelsea’s summer transfer window has not been a complete success.

“All of that makes you want to get back out on the pitch.”

Bakayoko added that the cross-Channel switch in football culture and Conte’s use of him in a more advanced role in a three-man midfield will take some getting used to.

“The first half [against Tottenham] was difficult, it was quick,” he said. “It was box-to-box, which is nothing like Ligue 1. The first few minutes were complicated, in a position that I’m not used to playing.

“[Nemanja] Matic left, [Cesc] Fabregas was suspended, so of course I had to be played a little earlier than expected, but I’m happy. I’d put myself at 80 percent.

“In terms of the pace of the game and my runs, I’m quite good, I just have to get my bearings technically with my new teammates.”