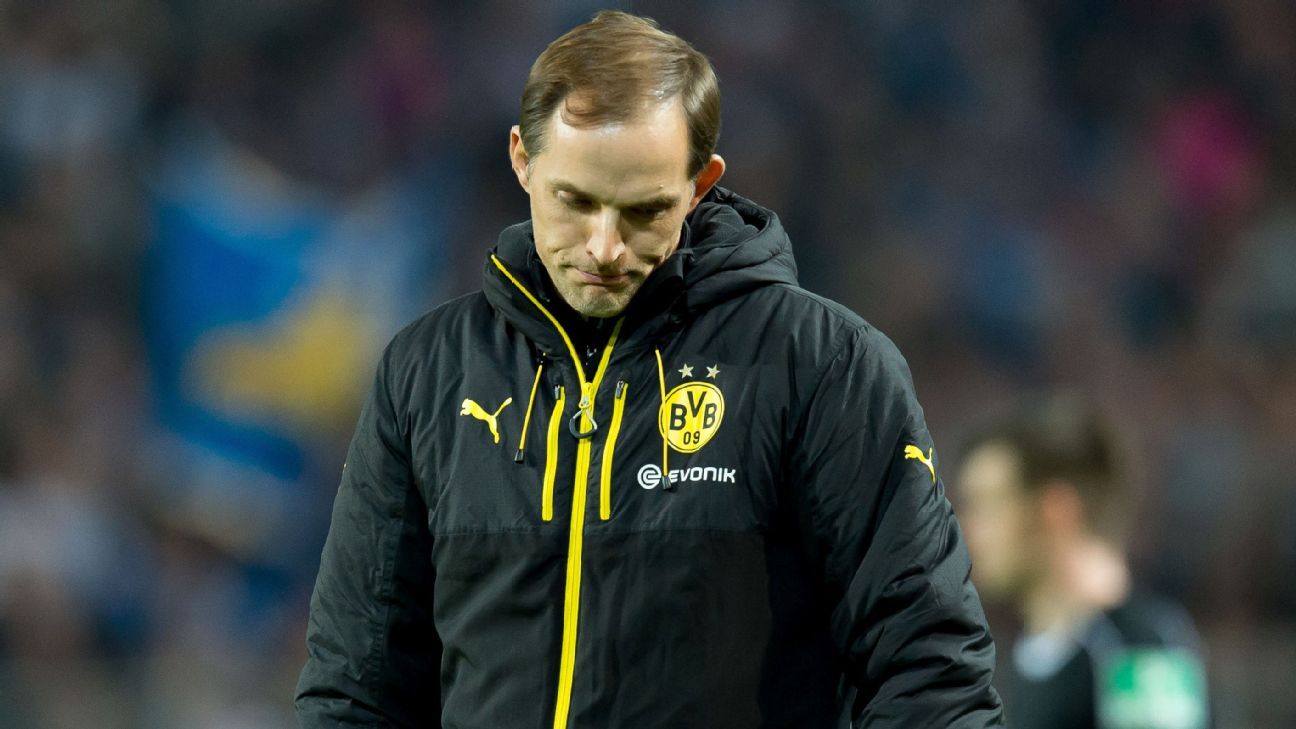 
Thomas Tuchel’s agent Olaf Meinking says his client will not be taking over as manager at Bayer Leverkusen.

The former Borussia Dortmund boss, who parted ways with the club three days after leading them to victory against Eintracht Frankfurt in the DFB Pokal, had been linked with the Leverkusen job, vacated after the team declined to extend the contract of then-interim manager Tayfun Korkut.

However, Leverkusen sporting director Rudi Voller played down those links.

And Meinking told FAZ: “Thomas will not take charge of Leverkusen.

“We will see how things develop after his holiday.

“He could take some time off, but he could also move abroad.”

Tuchel, 43, joined Dortmund ahead of the 2015-16 season, and in his first year guided them to the highest points tally ever achieved by the runners-up in the Bundesliga.

He initially earned praise for getting Dortmund out of the slump of Jurgen Klopp’s final season and for re-introducing an attractive style of attacking play. This season, after a host of off-season changes, Tuchel led Dortmund to third place in the Bundesliga behind promoted Leipzig, while finally winning the German Cup.

But on-field success was overshadowed by a rift between Tuchel and the Dortmund leadership dating back to the 2015-16 season and the summer transfer window that followed.