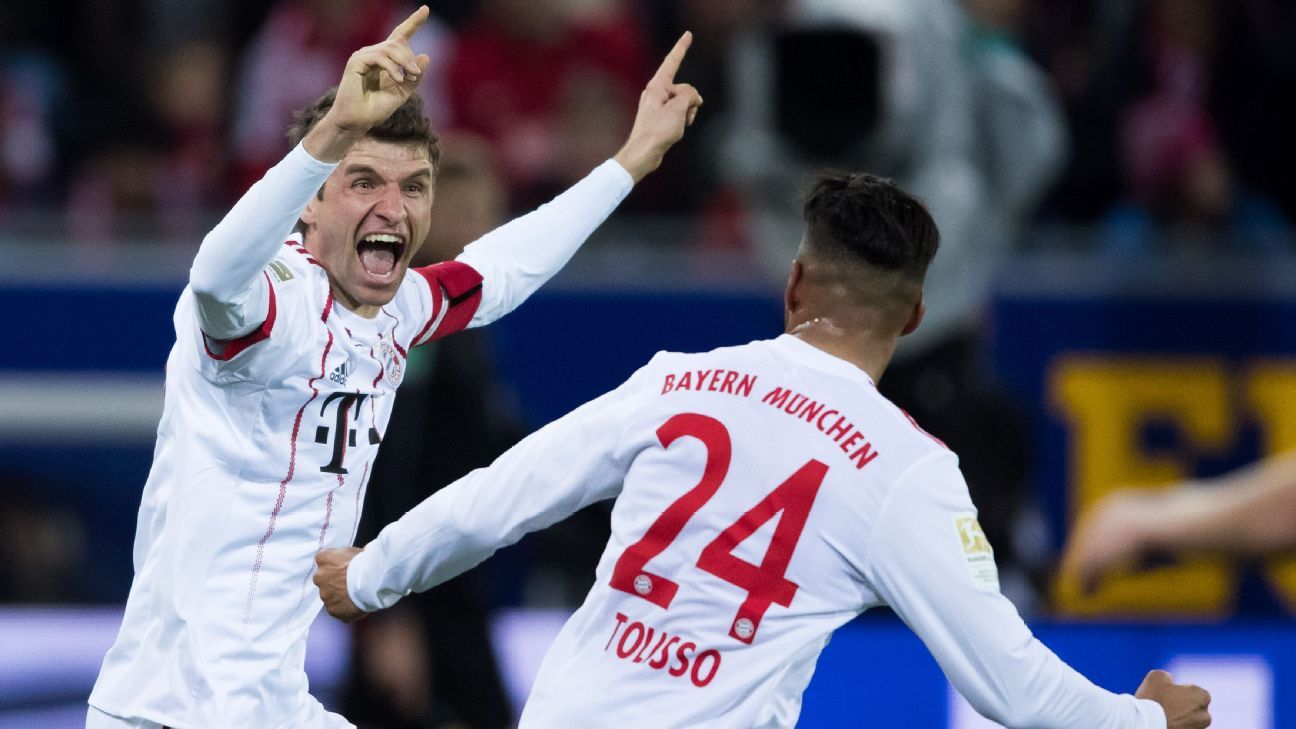 Bayern Munich forward Thomas Muller has again drawn inspiration from his wife’s horse stables as he cited a new-born foal as the main motivation for his brace at Freiburg.

Muller scored twice as Bayern beat Freiburg 4-0 away from home on Sunday. Although his first goal of the night, a classic Muller effort, was later awarded to the host’s keeper Alexander Schwolow, he was named man of the match by kicker magazine.

“The first foal of the season was born last night,” Muller told Sky after the match. “It’s like becoming a dad. This fired me up even more.”

Muller’s wife, Lisa, posted an adorable picture of the new arrival on Instagram.

When putting in another man-of-the-match display in the Champions League match versus Besiktas in February, Muller already explained he got most of his top tips before the game from Filou, his wife’s horse.