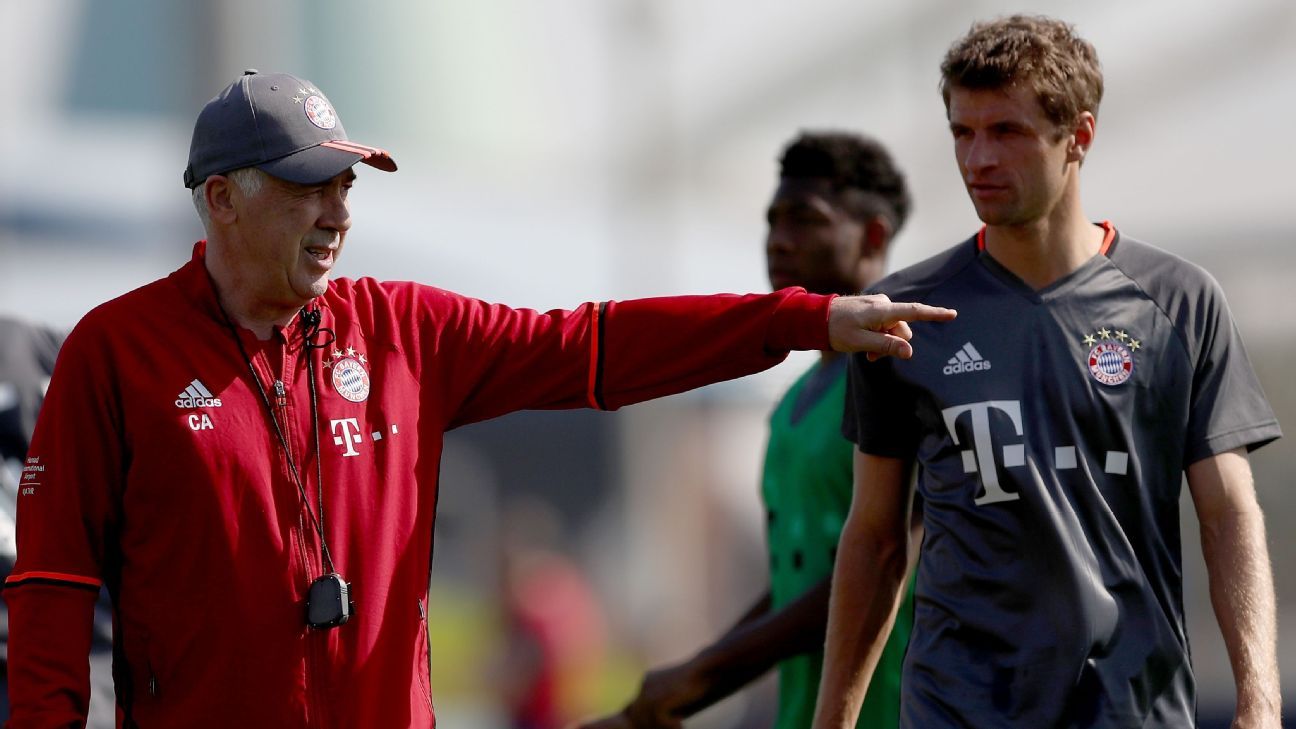 
Bayern Munich legend Lothar Matthaus has told kicker that Thomas Muller “needs a coach who wants him” after Carlo Ancelotti dropped the Germany international to the bench at the weekend.

Muller, 27, was named on the bench for the 2-0 win against Bremen, eventually making an appearance in place of Franck Ribery after 73 minutes, when the German champions were leading 1-0, through the first of two Robert Lewandowski goals.

Muller suggested to reporters in Bremen he does not feel valued by Ancelotti, saying: “I don’t know exactly which qualities the coach wants to see, but mine seem not to be 100 percent in demand.”

Last term, Ancelotti regularly left Muller on the bench in the bigger games, often preferring to use Thiago Alcantara in an advanced role behind top scorer Lewandowski, and while Bayern CEO Karl-Heinz Rummenigge has suggested it would be up to the Germany forward to improve, Matthaus said the player’s form is down to the coach.

“Thomas Muller is first-choice for the national team but he’s having a hard time at Bayern,” Matthaus said. “He’s selected less often in the important games in Munich and I am sceptical that this will improve this year.”

Muller only notched five Bundesliga goals last season and endured a 999-minute league goal-drought, and Matthaus added: “This has nothing to do with Muller. He needs a coach who wants him in his team, then Muller will not disappoint.

“Muller isn’t a No. 7, a No. 9 nor a No. 10. He is everything and in between. But Carlo Ancelotti thinks and selects his team very strictly according to a player’s position.”

Muller scored 32 goals in all competitions under former coach Pep Guardiola in 2015-16 and was the subject of a bid from Manchester United reported to be worth €100 million.