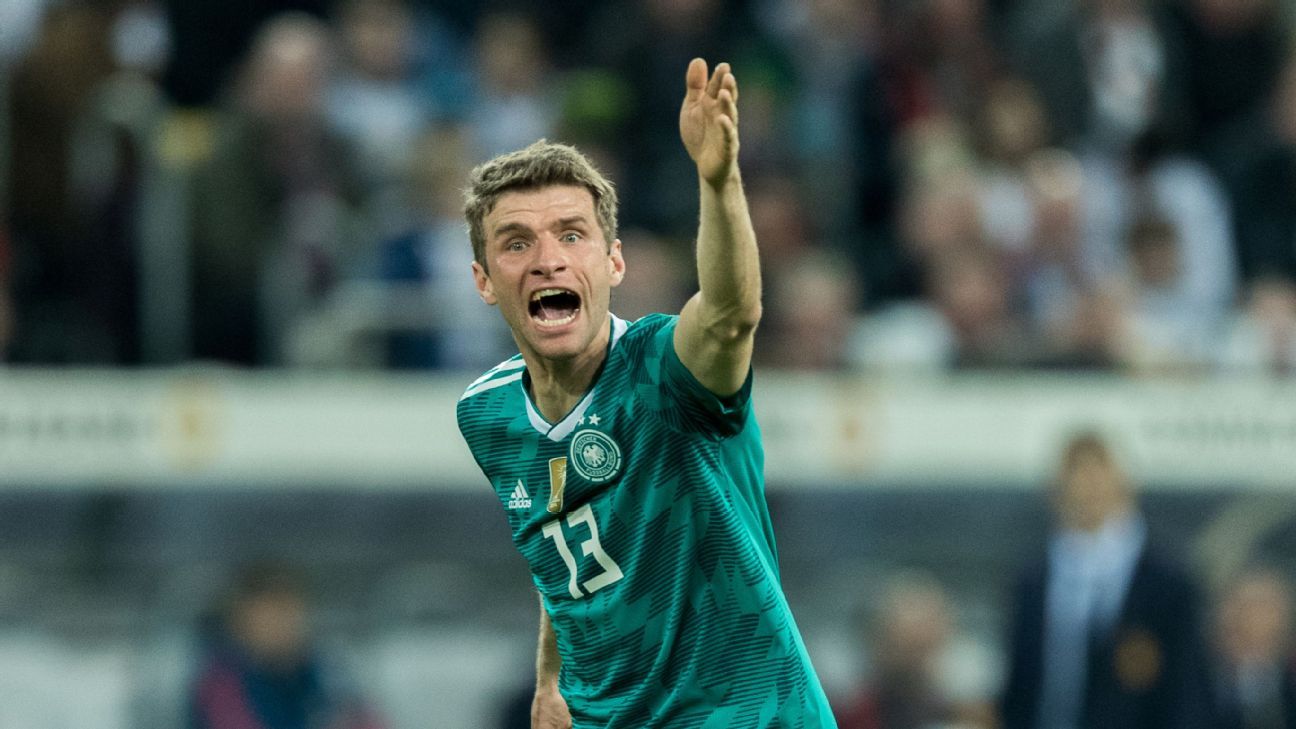 
Thomas Muller, Mesut Ozil and Emre Can have returned to their clubs and will miss Germany’s friendly against Brazil.

Ozil, the Arsenal midfielder, and Muller, the Bayern Munich forward, both started in Friday’s 1-1 draw with Spain in Dusseldorf but did not make the trip to Berlin.

Can, meanwhile, had already missed the Spain match with a back injury, and after travelling to Berlin with the team, the midfielder left the hotel on Saturday and returned to Liverpool.

A statement on the DFB’s website read that Can “failed to properly recover from a back injury and will not be available for selection from head coach Joachim Low.”

Meanwhile, Bayern midfielder Sebastian Rudy joined the rest of the squad on Saturday, just one day after his wife gave birth to their first child.

Low is expected to make several changes against Brazil. Manchester City players Ilkay Gundogan and Leroy Sane are both set to start against Brazil, who Germany beat 7-1 on their way to the 2014 World Cup title.