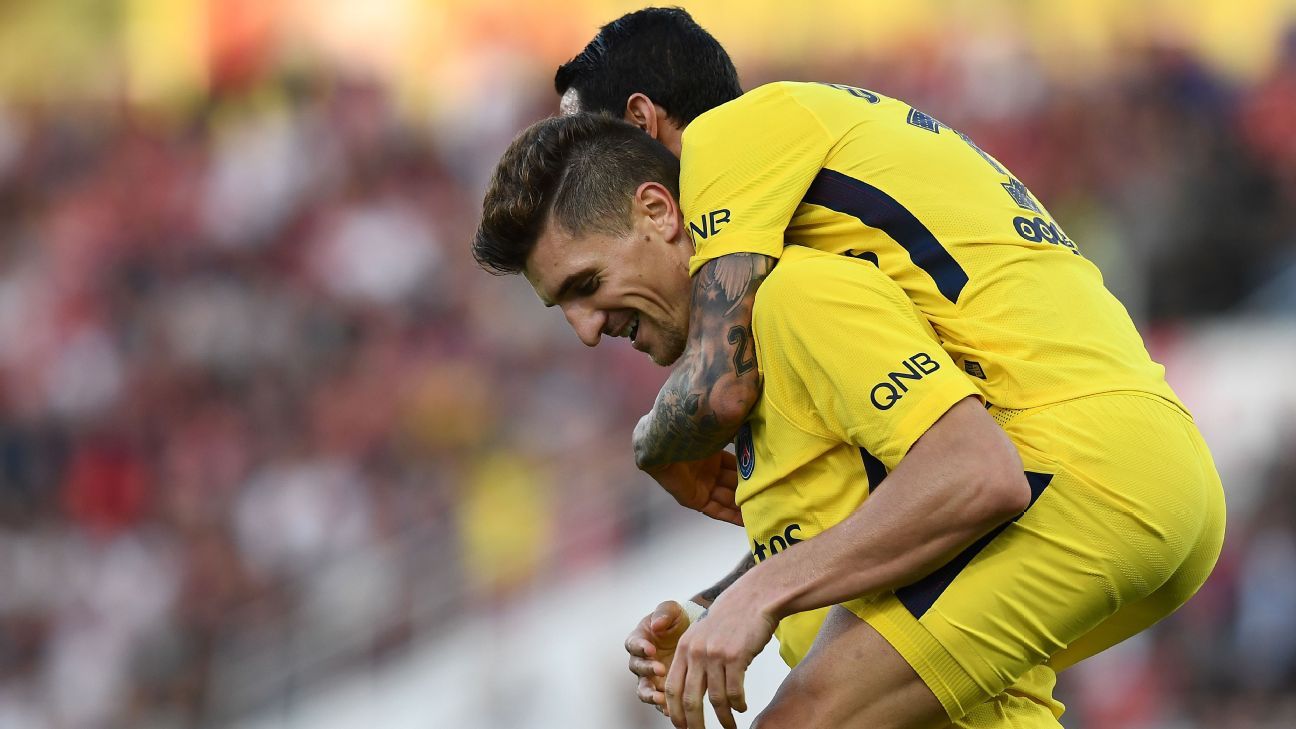 
Paris Saint-Germain right-back Thomas Meunier insisted that he and his teammates are focused solely on their football after he scored twice in a 2-1 win away at Dijon, just days after a criminal case was launched against chairman and CEO Nasser Al-Khelaifi by Swiss prosecutors.

Belgium international Meunier struck twice in the second half, either side of a superb Benjamin Jeannot strike, to secure all three points at Stade Gaston-Gerard.

“The squad is far away from this because these are not the things that we pay too much attention to,” Meunier said when asked about the issue by Canal+. “We take care of the sporting side of things and for everything else, we leave it to the club, the president, beIN Sports and everybody who handles that stuff.”

Regarding the narrow win over Dijon, Meunier tried to focus on the positives after a tedious 90-minute encounter that nearly ended in a draw.

“We should look at the glass as if it is half full,” the 26-year-old said. “At least from where I was, I saw a second half with much greater energy and desire.

“We created chances through Kylian [Mbappe], Angel [Di Maria] and Neymar and we managed to score two goals because we were determined.”

Meunier — featuring at right-back, with positional rival Dani Alves pushed forward into midfield — laughed when asked if he had been well-positioned to score.

“I do not know if I should celebrate because neither of those two balls in were supposed to reach me,” he joked. “Anyway, it is my style to get forward and it was like we played with three at the back at times.”

Marquinhos, who captained Brazil once during the recent international break, was skipper for the second consecutive PSG match and was happy that he and his teammates managed to grind out a win.

“Sometimes, you need to win like that,” the Brazilian told Canal+. “It is at difficult moments like these that the team grows stronger.

“We cannot win every single match with ease. We must also give Dijon credit — they played to their strengths and created chances. However, I think we deserved to win.”

It was a laborious encounter in Dijon and PSG struggled to get going, failing to score until the 70th minute, but Marquinhos emphasised how drained some of the international players were.

“A lot of things play a role in that,” the 23-year-old said. “For example, we are humans and not machines, so the body can sometimes be tired.

“Like I said, though, it is at difficult times that you are able to grow stronger collectively. Against awkward opponents, we need to just make sure of the win and return home.”

Marquinhos and the rest of the PSG were taken by surprise when Benjamin Jeannot netted a stunning late equaliser for Dijon and the South American applauded the hosts’ short-lived leveller.

“He deserves to be congratulated — he saw his chance and took a pop,” the former Roma man said. “It took us by surprise.

“We have good players, though, champions, and we showed our strong mentality by going out and getting a second goal to return home victorious.”

Adrien Rabiot was not at his best as the deep-lying midfielder with Marco Verratti and Thiago Motta both absent but the France international told Canal+: “We knew to expect a complicated match, like it was last campaign.

“For these guys and their fans, it is their game of the season. That is normal, though. This means that, sometimes, we can find it tough going.

“It was tricky early on for us but we finished well. I think we need to retain our solidity and mindset, which we showed right up until the end and it helped us to win in the end.”

Rabiot also admitted that PSG’s schedule is a bit demanding at present and expressed his hope that some of his injured teammates are back for next Wednesday’s Champions League clash away at Anderlecht.

“Yes, of course it is a bit draining,” said Rabiot. “Luckily, we have a big squad and I also hope that we will get everybody back for these matches.”

After Anderlecht next week, PSG will travel to Marseille for Le Classique at Stade Velodrome before a visit from Nice and another home clash with Anderlecht in Europe.