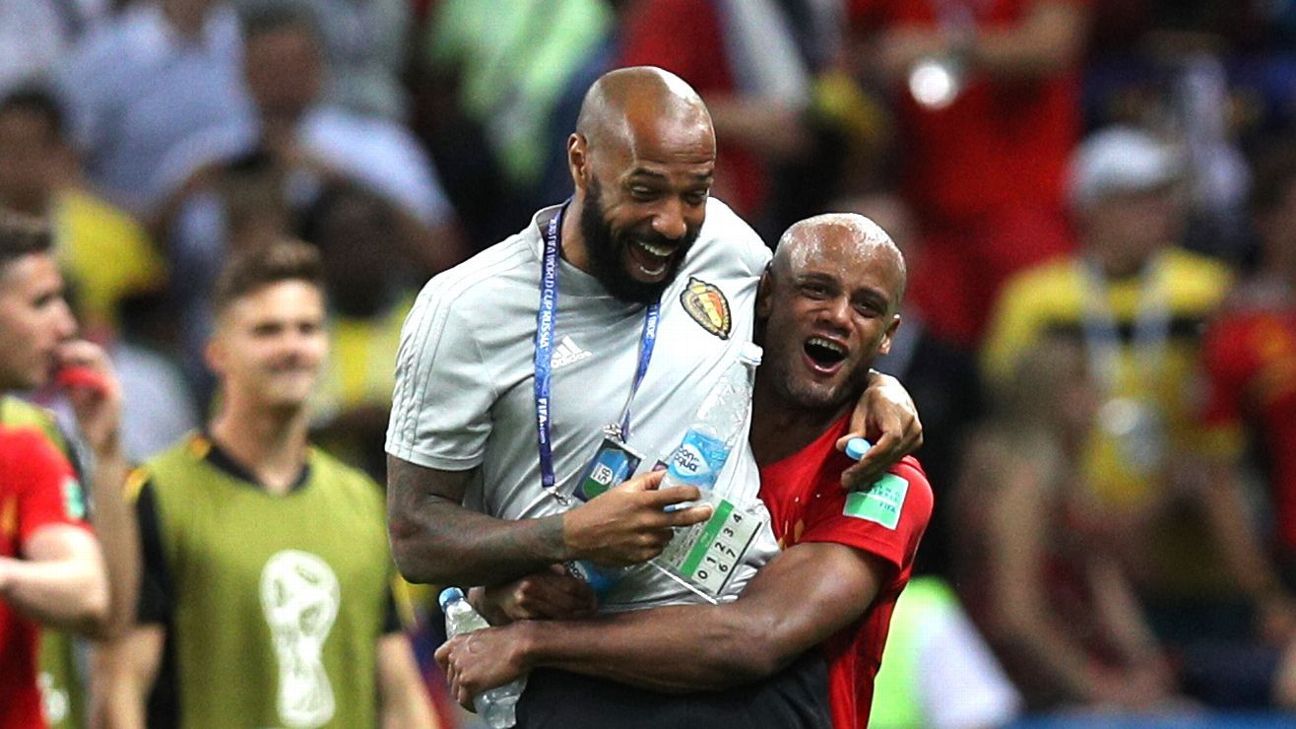 
Robert Pires says Thierry Henry is ready for a successful coaching career and has urged Premier League clubs to take a chance on his former Arsenal teammate.

Henry said this week he is leaving his job as a Sky Sports pundit to focus on a career in management — having spent the last two years as an assistant coach for Belgium’s national team — and Pires hopes he stays in England for his next job.

“He loves the Premier League, for the spirit, the competition, the big big clubs,” Pires said at a launch event for Arsenal’s legends game against Real Madrid in September. “I don’t know if a chairman will give Thierry the opportunity but he will be a good manager.

“During the World Cup he was assistant to Roberto Martinez and did very well. If you ask all the Belgian players all of them, especially [Romelu] Lukaku, they say they learned from Thierry every day.”

Pires said he was not surprised by Henry’s decision, and that he has been waiting for him to take this step.

“I’m very happy he left Sky. I sent him a message yesterday saying ‘finally, you left’. Not because he’s not a good pundit but I know Thierry. He’s ready,” Pires said. “Now he can focus on the new job, on being a manager. I hope he will find the right club.”

Henry follows the likes of Steven Gerrard out of punditry and into management, with the former Liverpool captain now in charge of Scottish club Rangers.

“Steven Gerrard and Thierry [coming into management] is good news for football,” he added. “We need some new faces on the bench. I don’t know if they’ll make a success but these guys they have their badges, it’s very important they’re given an opportunity.”