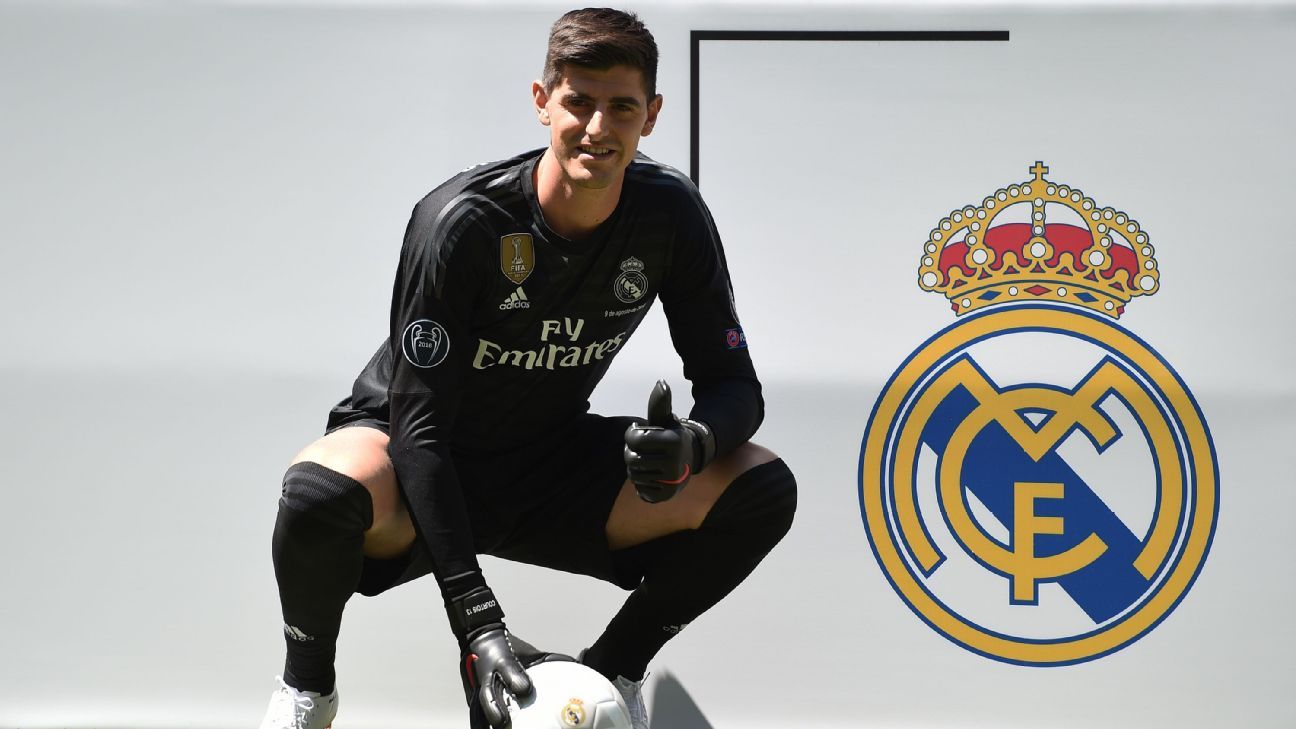 
Thibaut Courtois said it would be “fantastic” if Eden Hazard could one day join him at Real Madrid during his unveiling at the Santiago Bernabeu on Thursday.

Chelsea’s focus remains on keeping Hazard in spite of Madrid’s interest, but the playmaker will enter the final year of his contract next summer and Courtois is hopeful that his Belgium teammate will rejoin him at his new club.

“He is very happy that I am here because he knows how important it was for me to come to Real Madrid,” Courtois said. “He is a wonderful player. I’d love to play alongside him again and we’ll have to see what happens in the future. If he ends up here one day, that would be fantastic.”

Courtois signed his six-year Madrid contract before addressing the media, and he voiced his delight at completing a £35 million move to “the best club in the world.”

The move had been a long time in the making for Courtois, who was sent on loan from Chelsea to Atletico Madrid for three seasons before returning to London in 2014.

He had often expressed a desire to return to Madrid to live closer to his two children and declined to report for training earlier this week in order to force a move.

“A club like Real Madrid take notice of you if you’re playing well,” Courtois said. “I received a lot of offers — some better from a financial point of view — but I wanted to come here, and importantly, be close to my children. When there was a firm offer on the table, I was in no doubt. My goal was to come to Real Madrid. Everyone knew that.”

Despite the manner in which he left, Courtois insisted that he still has good feelings towards his former club.

“The only thing I can say is that I want to thank fans for the last four years,” Courtois said. “I want to thank them for their support. I know they are maybe not too happy at the moment, but I wish them all the best and I hope they remember me well.”

Club president Florentino Perez said Courtois is “one of the world’s best goalkeepers, if not the very best,” and congratulated him on being able to join Madrid.

“You know well that the city of Madrid is your home,” Perez said. “Your heart is here in Madrid with your children, and from this moment on, the Santiago Bernabeu forms part of your family, too. I hope you will be very happy with them, with your children, Adriana and Nicolas.

“As of today, you are part of a club that does not know the meaning of the word impossible.”