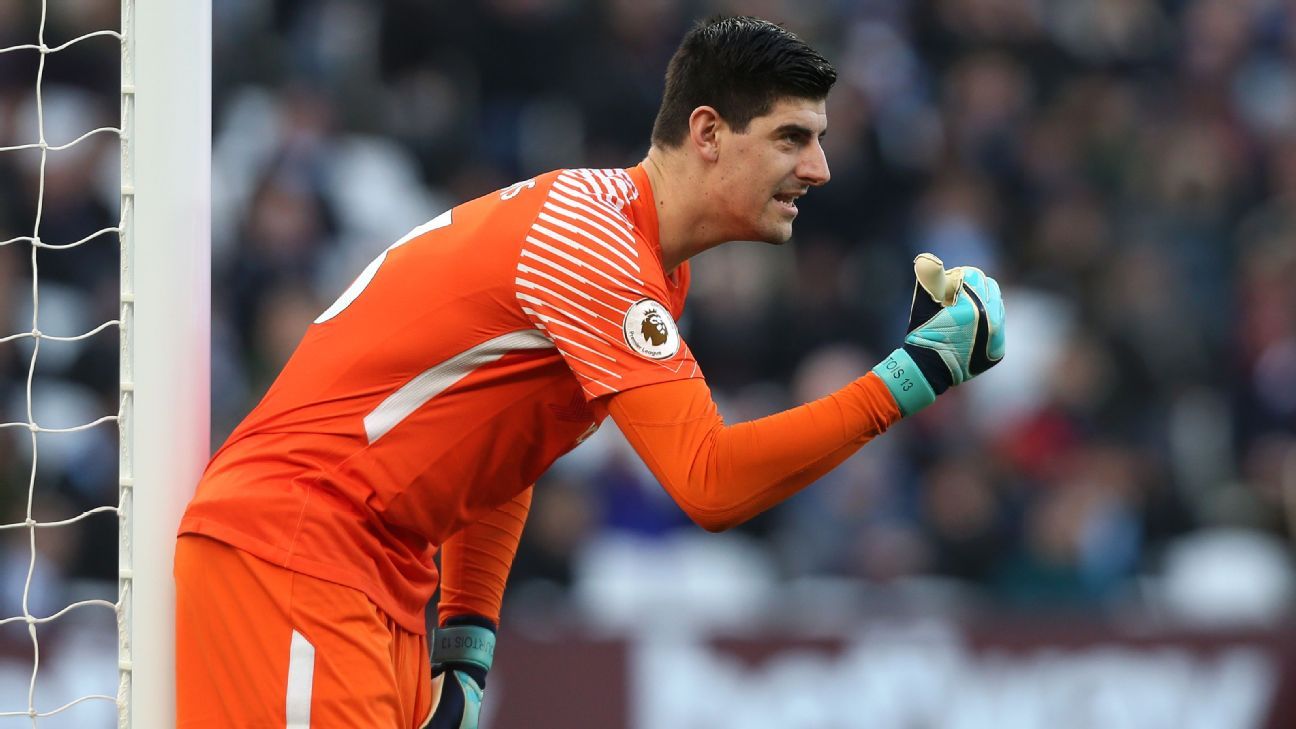 
Chelsea goalkeeper Thibaut Courtois has again admitted to uncertainty over his future, saying he may sign a new contract to stay “for many years” but also that his agent would take a call from Real Madrid president Florentino Perez.

Courtois, a former Atletico Madrid player, is often linked with a return to La Liga as his two young children still live in the Spanish capital.

The Belgium international is reported to be one of the options being considered by Madrid ahead of the summer transfer market, along with Manchester United goalkeeper David De Gea.

“We will see,” he said. “I have to look at what is best for me. Chelsea have put their trust in me from the first day of my career, and that is not forgotten. I am good here too. We will have to see what happens over the season and how things go with Chelsea.”

In a recent interview Courtois was quoted as saying “my heart is [still] in Madrid,” and he admitted again to having mixed feelings over what was best for his future.

“That [interview] was interpreted a bit badly,” he said. “I have one year left on my contract here, and I am very happy here. The thing is that I have two kids in Spain, in Madrid, and it is not easy to be far from them. But I am happy here, and if things go well I could be here more years.”

Courtois said he was not expecting Madrid chief Perez to personally call, although his agent would listen to an offer which came from the Bernabeu.

“I don’t believe [Perez] will call me, he would have to call my agent, who would listen,” he said. “But we are thinking about Chelsea.”

Madrid almost signed Kepa Arrizabalaga from Athletic Bilbao in January, but coach Zinedine Zidane cancelled a planned move in a show of support for current No. 1 Keylor Navas.