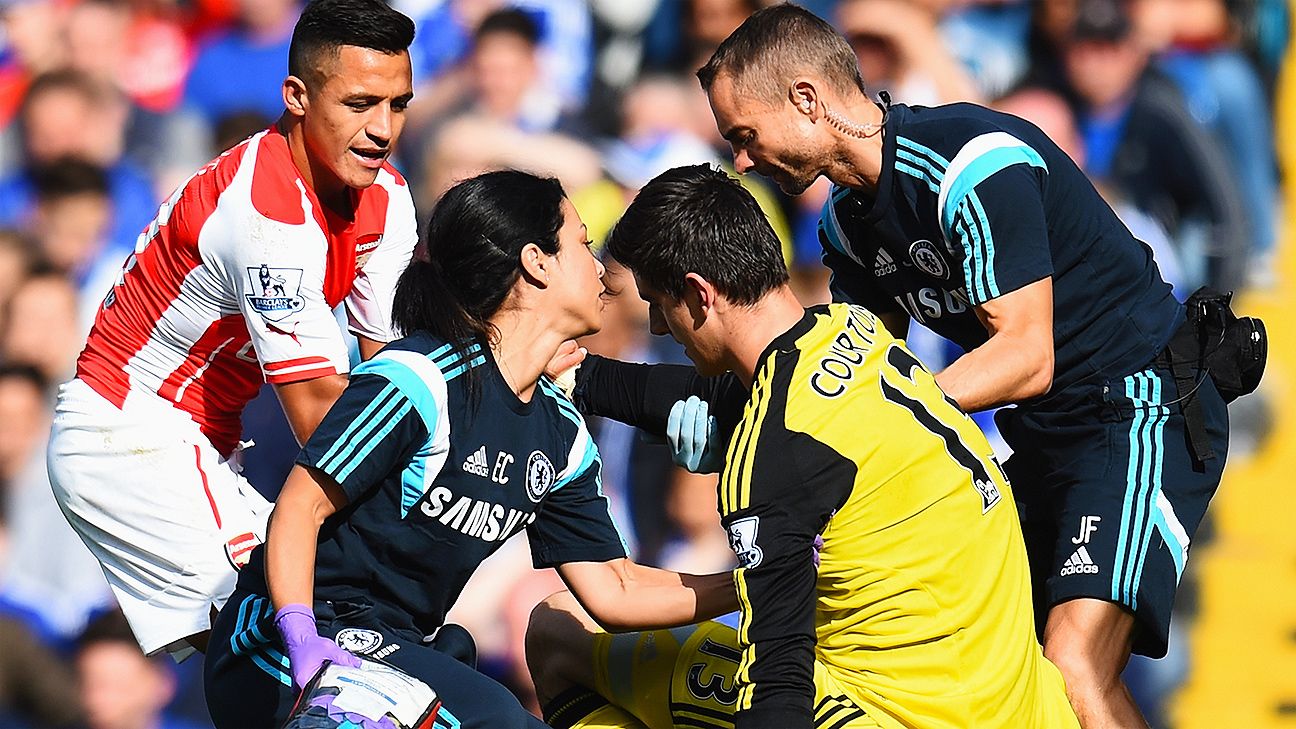 
Chelsea goalkeeper Thibaut Courtois says it’s “strange” that Liverpool goalkeeper Loris Karius has been diagnosed with a concussion after playing the full 90 minutes of the Champions League final.

Karius made two big mistakes that resulted in goals as Real Madrid triumphed 3-1, and a hospital assessment revealed on Monday that the German had suffered a concussion earlier in the game.

But Courtois said his own experience with a concussion suffered in October 2014 against Arsenal leads him to question how Karius could continue playing if he was concussed.

“I feel sorry for what happened with him, but to blame it on concussion that he made those mistakes — he also made two amazing saves. So that was luck then? I don’t know because he couldn’t see the ball.

“It’s unfortunate for him to have made those mistakes but if you have concussion you will leave the game or the doctors will tell you, ‘Look, you cannot see clearly anymore, you must leave the game.’

“If they want to say it’s because of that, it’s OK. He said after the game he made two mistakes, I think everyone will accept that. It can happen as a goalkeeper but to blame it on a concussion now, I find it strange. But if medics say that from Boston, it’s OK.”

Concussion symptoms may vary. According to the NHS, symptoms “usually appear within a few minutes or hours of a head injury,” though “occasionally they may not be obvious for a few days.”

Neuropathologist Willie Stewart told the BBC that it would not be unusual if Karius’ symptoms did not surface until after the game.

“How did he get concussed and we didn’t know? The obvious signs of concussion can take hours and days to develop, so it’s not surprising that it might be picked up after the match,” Stewart said.

Courtois also insisted he remains fully focused on the World Cup despite fresh reports casting doubt on his future at Chelsea.

“I think I proved at Chelsea the last two months that I don’t care about speculation,” he said. “I said what had to be said on that [subject]. I’m now focused on the World Cup. I think my performances proved that.”

Real Madrid are long-time admirers of Courtois, who enters the final year of his contract this summer, and Chelsea have been attempting to commit him to an extension.

Reports in Italy this week suggested that the Blues had changed course and instead decided to sell Courtois, identifying Stoke City goalkeeper Jack Butland or Roma and Brazil No. 1 Alisson as his potential replacement.

Courtois, who has previously said he would address his club future once Belgium’s campaign at the World Cup ends, was reportedly baffled by the fresh speculation, according to the Evening Standard.