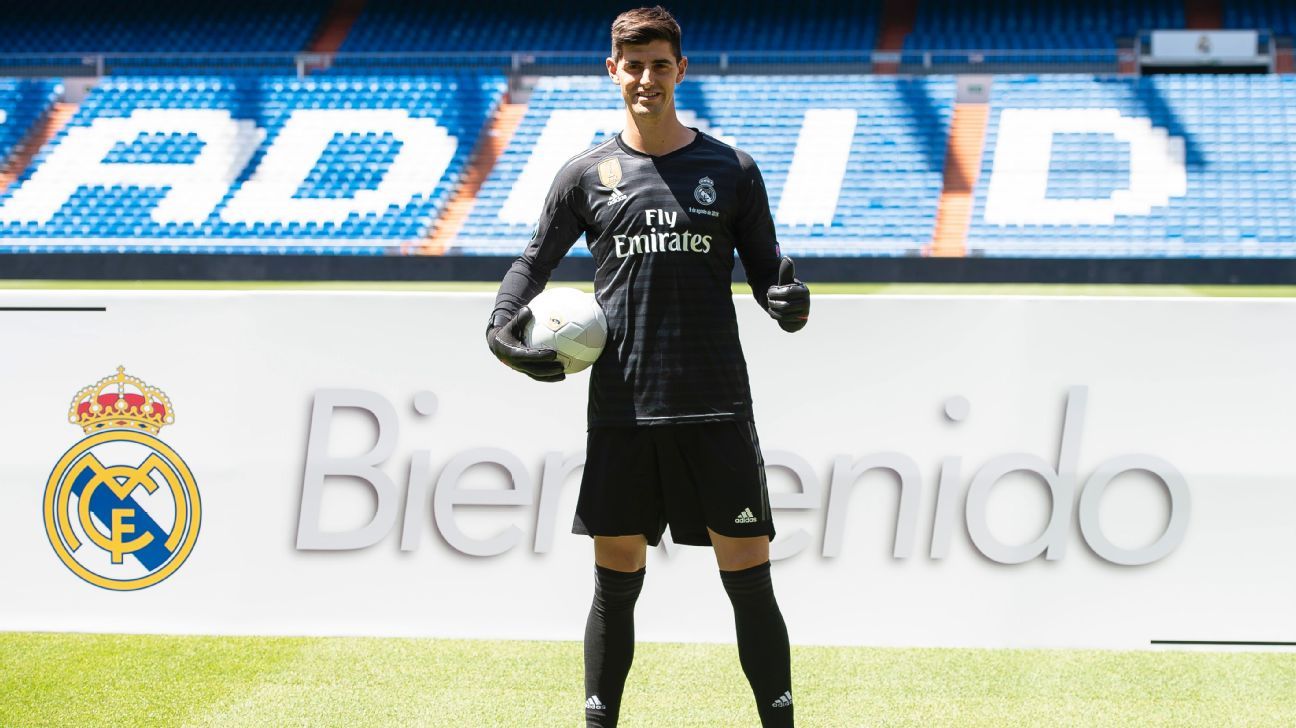 
Editor’s note: Some of the embedded videos on this page contain explicit language.

Thibaut Courtois has apologised for singing an offensive song about Real Madrid, following his £35 million move from Chelsea.

Courtois, at his unveiling at the Bernabeu on Thursday, was quizzed by reporters after footage emerged of him singing an offensive song following Atletico Madrid’s 2-1 win over Real in the 2013 Copa del Rey final. (Contains strong language).

And the 26-year-old, who could face former club Atletico in the UEFA Super Cup next week, said: “I was very young at that time, I got carried away in the moment. I apologised at the time and I do again now. It was a youthful indiscretion.

“They [Madrid fans] will see that I will give it my all for the Real Madrid badge to win the games.”

Meanwhile, Courtois has told Keylor Navas he is ready to “compete to the maximum,” to become first choice at the club.

Coach Julen Lopetegui has a selection issue, considering Navas has kept goal during the club’s three Champions League successes in a row.

“When I joined Chelsea I had to replace [Petr] Cech and today we are still friends,” Courtois said.

“We keepers are a different bunch in the dressing room, and I will do everything possible to get on well with everyone. I know Keylor and have spoken with him a small bit. But people tell me he is a great person, and as a professional he is a magnificent goalkeeper. I am coming here with maximum respect, and to compete to the maximum also.”

Navas has vowed to stay and fight for his place, and the 31-year-old has compared leaving the Bernabeu to “dying.”

After his first training session with his new teammate on Thursday, Navas posted a photo on Instagram and said: “No step back, not even to push off. An excellent day’s work.”

Courtois could make his Madrid debut against Atletico Madrid in next Wednesday’s UEFA Super Cup in Tallinn, should Lopetegui decide to immediately make a change between the posts.

“The coach will decide if I play in the Super Cup,” Courtois said.

“There isn’t long to go, but if I have to play, I’m ready. I feel great, we’ll have to wait and see. It’ll be a beautiful game and I have the utmost respect for Atletico. I had a wonderful time there and now I’m thrilled to be starting out at Real Madrid, which is my new club and my home now.”