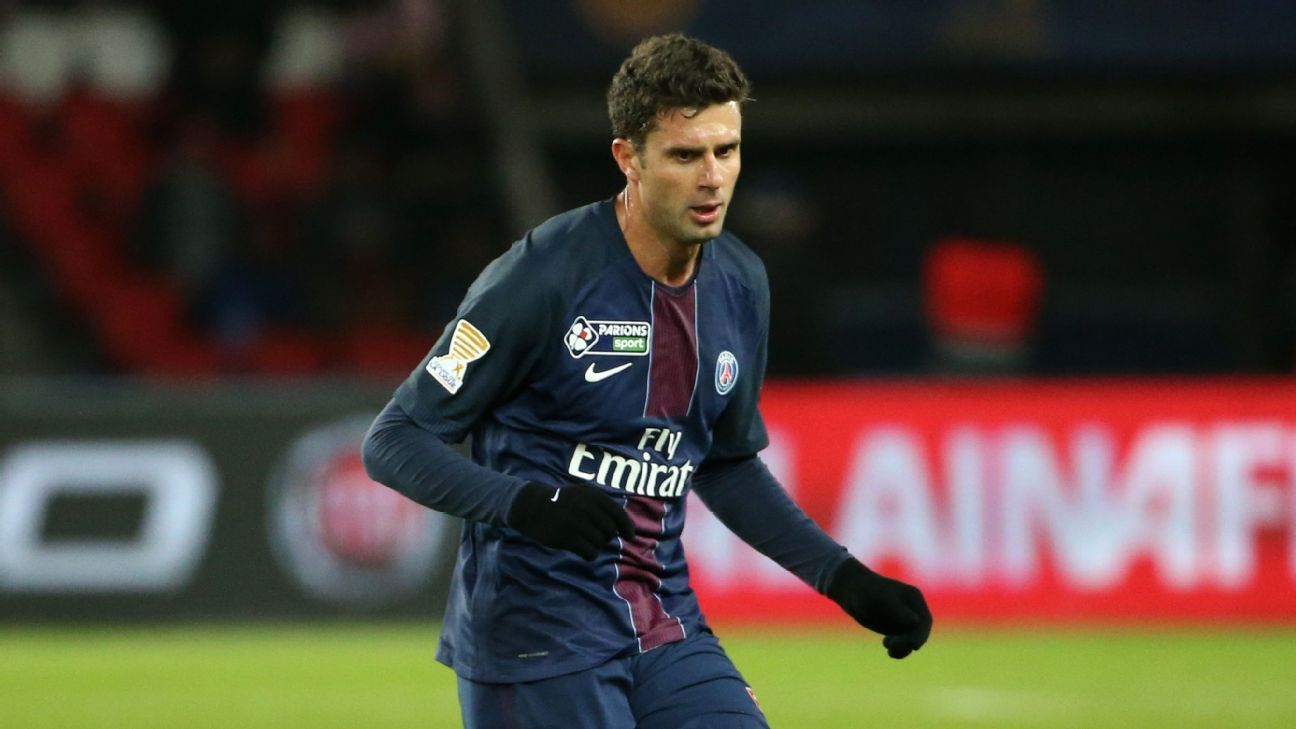 
Thiago Motta has signed a one-year contract extension at Paris Saint-Germain, the club have announced.

Motta’s previous deal expired last week, and the 34-year-old has now signed a new contract until 2018 despite a period of uncertainty in which his agent issued an ultimatum to the club.

“It is a great joy to extend my contract with PSG,” the midfielder told PSG’s official website.

“I have a special history with the club, who have shown a lot of faith in me these last five years.

“The adventure continues and I am very happy. We will continue to be competitive and we will give our all to go as far as possible in every competition we participate in.”

Since joining from Inter Milan in 2012, Italy international Motta has scored 11 goals in 203 competitive appearances and helped the Ligue 1 giants to 15 domestic trophies since 2013.

PSG chairman and CEO Nasser Al-Khelaifi said: “We are very satisfied to have extended Thiago’s contract,” he said. “Thiago is an important member of the squad and his leadership and knowledge of the game are much appreciated by our fans.

“Thiago is certainly one of the people to have made a huge contribution to PSG’s growth both in France and internationally.”

Motta is expected to become a member of the coaching staff once his new contract ends.