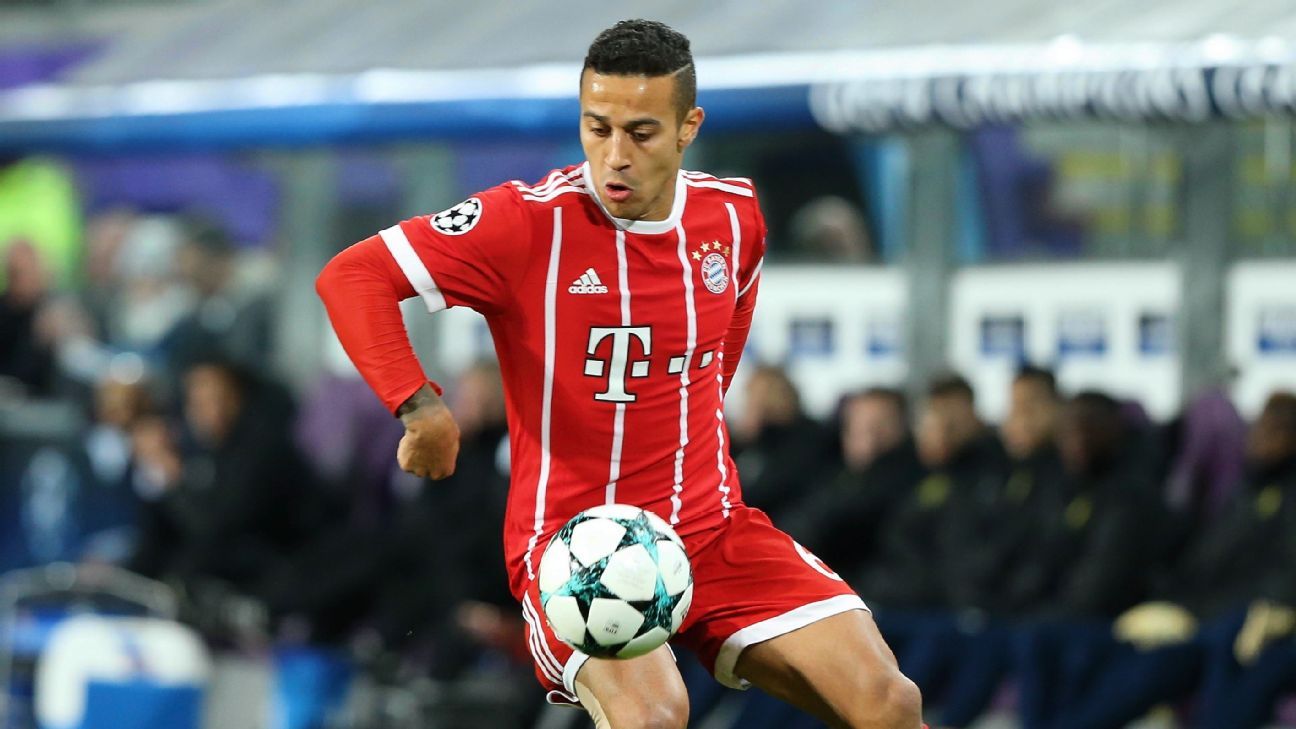 
Bayern Munich playmaker Thiago Alcantara has praised Manchester City’s football as “awesome” and “the best of the best,” but told ESPN FC he would rather see Lionel Messi in action than Pep Guardiola’s side.

Thiago played alongside Messi at Barcelona for several years before joining Bayern in 2013, and he said his former teammate’s ability is on another level to the feats of City, who could potentially win the Premier League title by a record margin.

Bayern have not won the Champions League since 2013 although they have also reached the semifinals three times in the last four years.

But Thiago, who has recently overcome a serious muscle tear that had kept him out since November, believes they are as good as any of the big sides left in the Champions League, including City, who are coached by the man who brought him to Munich in 2013.

“Barcelona, Real Madrid, City: There are many teams you’d want to play against,” he said.

“But no team has impressed me. They are football players, like us. We just have to compete and see who is better at that moment.”