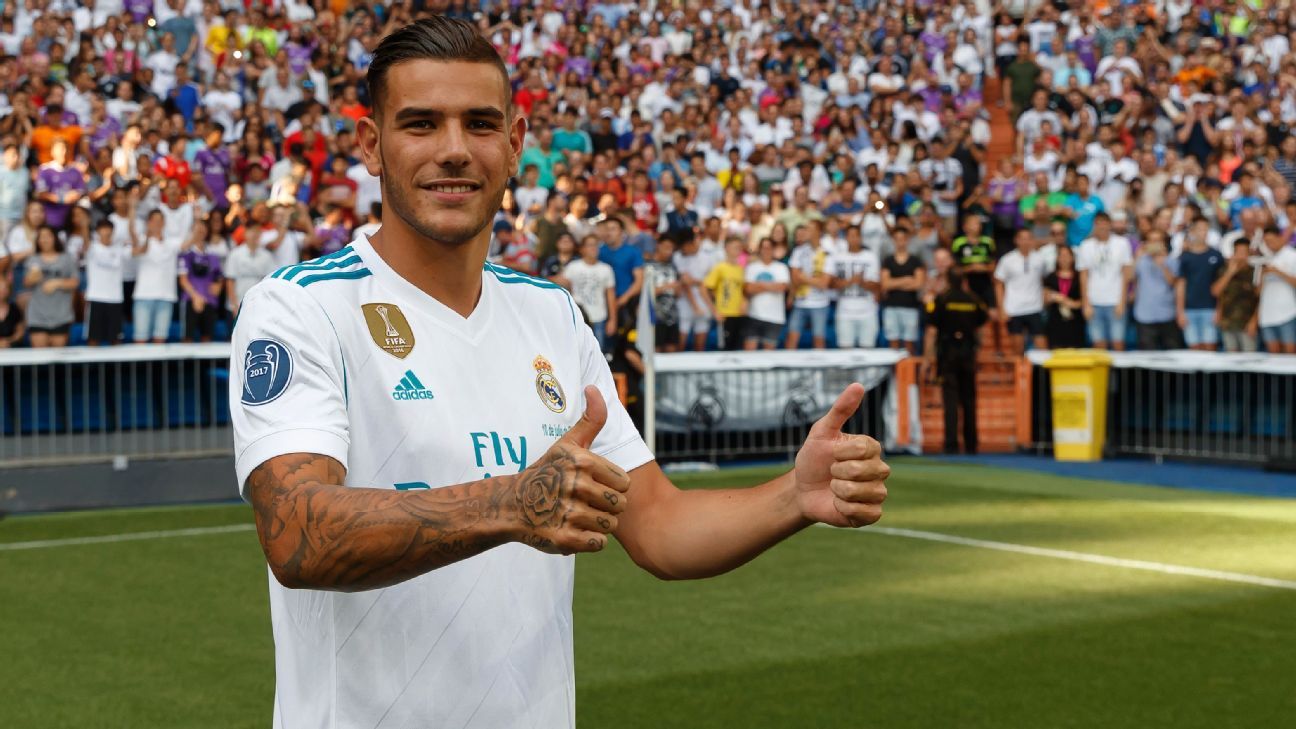 
New Real Madrid defender Theo Hernandez said he felt “no pressure” when completing a move across the Spanish capital from Atletico Madrid, adding that next season’s derbies against a Rojiblanco side including his brother Lucas will not be a “war.”

Theo, 19, came through the youth ranks and was tipped as a future first-teamer at Atletico, but after impressing on loan at Alaves last season he has completed a move to Los Blancos for a reported fee of €24 million.

The cross-town switch has generated months of press coverage in Spain and left many Atletico fans upset at the “betrayal” and prompted a defensive statement from the selling club when the deal was done.

However, at his presentation at the Bernabeu on Monday evening, Theo said the decision to take up Madrid’s offer of a six-year contract had not been difficult at all.

“There was no pressure from anybody and it wasn’t a tough decision to say ‘Yes’ to Real Madrid,” Theo said. “I’m here because I want to be and because this is the best club in the world.

“I’ve played for Atleti, who have been really great with me, but I’m here now and this is where I want to be because it’s the best club in the world and I know that I’m going to go really far in the game. I’m just enjoying the here and now and am very pleased to be here.”

📽🚶⚽ #WelcomeTheo
Watch @theo3_theo grace the Bernabéu pitch for the first time as a #RealMadrid player!

Theo and Lucas were both in Atletico’s youth ranks for over a decade, and played together regularly in the Europa Youth League in past seasons, and during 2014-15 became the first brothers in 60 years to share a pitch representing the club.

Theo was unmoved when asked what it will be like when next season’s La Liga derbies pit brother against brother, and he will have to face his old team’s fans at their new Wanda Metropolitano ground.

“It will be normal, not a war,” he said. “I am living in the present, and whatever must then happen will happen.”

Many of Europe’s top clubs, including Barcelona and Manchester City, had reportedly been interested in signing Theo from Atletico, and he confirmed he had known about interest from elsewhere before he chose the back-to-back Champions League winners.

“I had various teams who wanted me, but the best option was to come to Madrid to keep improving,” he said.