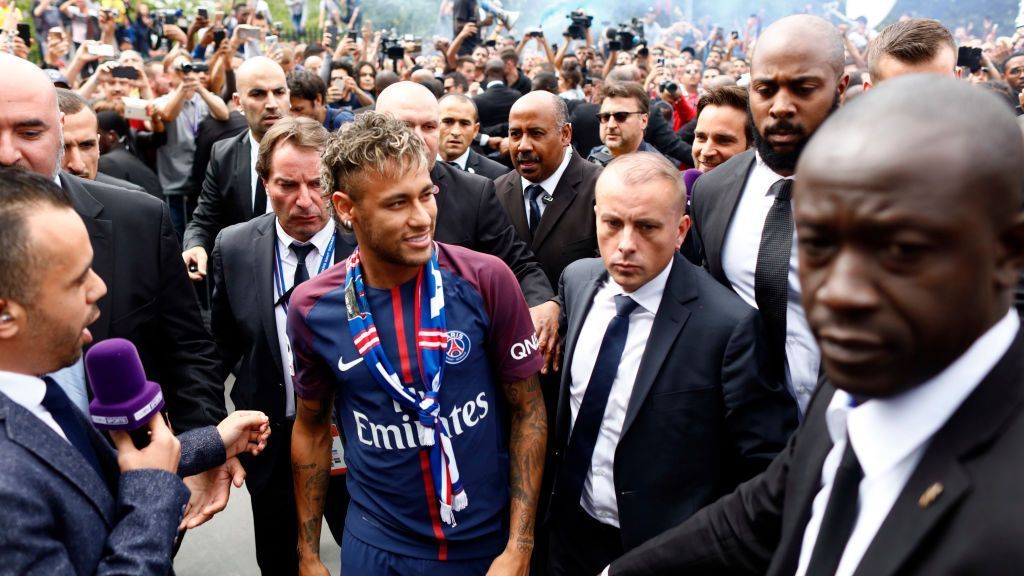 
Neymar is a Paris Saint-Germain centurion. It took him longer than it should have to get to 100 games for the club, but now that the Brazilian is there. After beating Montpellier 4-0 on Friday night — scoring the crucial second goal to put the game beyond doubt — it is a good time to have a look at his century, the highs, the lows, the problems and the solutions.

First things first: reaching 100 games in all competitions for a single club is quite common, but scoring 81 goals and adding 46 assists during those first 100 games is far rarer. Neymar’s numbers are frankly out of this world. When you consider that he’s a playmaker, far from a classic striker like Zlatan Ibrahimovic or Carlos Bianchi — the only two players in PSG history with a better goals-per-game ratio at 0.86 and 0.88, respectively, compared to Neymar’s 0.81 mark — it is even more impressive.

– FIFA 21 Team of the Year: Neymar misses out
– Vickery: Time running out for Neymar?

Neymar also spread his contributions around to dispel any notions of being a bully for a superpower in its league. He netted 51 times in 60 Ligue 1 matches, 21 in 25 games in the Champions League and nine in 15 in the domestic cups. The type of goals he’s scored have been very different, too: free kicks and penalties, individual efforts after slalom runs through a packed defense, one-touch finishes like against Montpellier, right foot, left foot, long-range efforts, but mostly inside the box. Headers are not his thing at only 5-foot-9, but everything else is in his locker.

Furthemore, Neymar’s impact on PSG since his move from Barcelona in the summer 2017 has been exceptional. His win ratio is 79% and he’s only lost 13 games in which he’s played (with 8 draws). Again, this is a phenomenal number and before the criticism floods in regarding the level of opposition he faces in Ligue 1, his record in the Champions League for Paris is very special, too (only five defeats).

In his 100 games, there is of course a Champions League final, last August, that PSG lost 1-0 to Bayern Munich. The Brazilian almost took the club to that elusive European trophy, which was the club’s main reason for courting him. He failed at the last hurdle, but undeniably carried his team to the precipice. Of his three seasons in Paris, the only time he was fully fit by the time the knockout stages rolled around, he got PSG to a Champions League final. Before that, his injuries got the better of the Parisians’ continental campaigns and they couldn’t win without him.

Therein lies arguably the biggest low in his century: all the games Neymar has missed. While reaching 100 games, there are 87 games he’s not played since joining the club. Whether due to injuries, suspensions, special dispensations, a positive COVID-19 test or rest: there are many reasons why, but in the end it’s too much. For comparison Kylian Mbappe, who joined PSG at the same time, reached his 100-game milestone in November 2019. This season, for example, Neymar’s featured 15 times out of 28 team fixtures.

There have also been controversies along the way in his three-and-a-half years in Paris. His own attitude around Ligue 1, the manner in which he handles being targeted by opponents — recall the most recent Le Classique clashes against Marseille — his tendency to showboat in games and his bombastic style have all caused problems. There has been negativity around him since Day 1 in Paris, though the noise is much quieter in 2021 as the Brazilian star’s mood and mindset have changed.

Between the first game of his century and his 100th, the perception of him is different. He is different, too. When he first arrived in Paris, he struggled to adjust. He also had difficulty forgetting about what he left behind in Barcelona, seemingly unable to fully embrace being in Paris and at PSG, all the while adapting to and understanding French football. A hundred games later, Neymar is arguably playing the best football of his life. He is older (he turns 29 in February), more mature and more professional. Sources tell ESPN that he now employs a chef at home, preparing the right foods for him. His lifestyle is better, his focus is better. He is finally happy in Paris as a man and as a football player.

The positive direction of the club has undoubtedly helped. New manager Mauricio Pochettino, who took the job on Jan. 2, already has a strong relationship with him. They talk a lot and source says the pair understand each other. Poch wants Neymar fitter and more available, and they’re already working on a plan to keep him injury-free for longer periods of time.

In the wake of Friday’s big win and personal milestone, PSG gave Neymar a special shirt with the No. 100 and his name on the back, and a medal with 100 engraved on it to mark the occasion. And as negotiations continue for him to extend his contract at the Parc des Princes further than June 2022, the message from the club in private was very clear: here’s to the next 100 and many, many more.