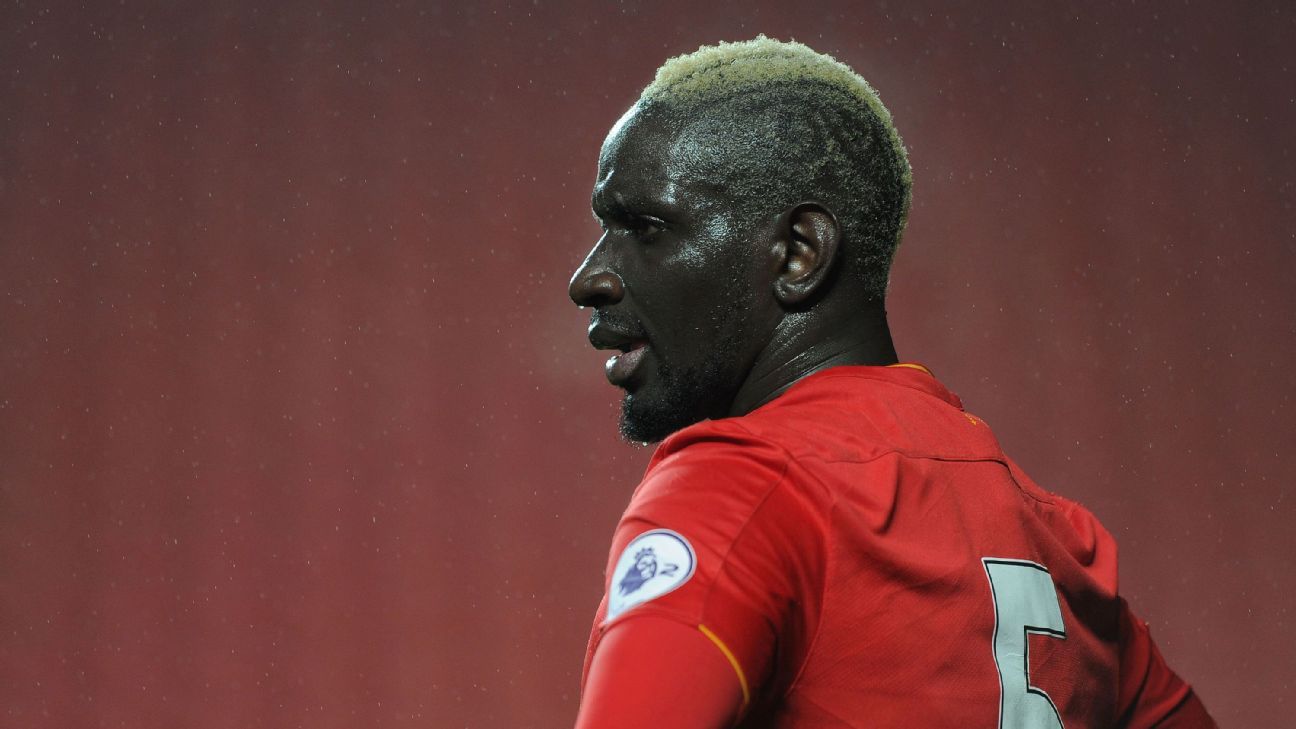 
Mamadou Sakho is back at Liverpool as he returns to preseason training following a successful loan spell at Crystal Palace, which was cut short by a season-ending knee injury.

Sakho is expected to depart Liverpool this summer, having fallen out of favour with Reds boss Jurgen Klopp.

The defender has not played for Liverpool since April 20, 2016, as a result of a failed drug test and numerous disciplinary issues.

ESPN FC chronicles all the events that have led Sakho to the exit door at Anfield.

April 23, 2016: Ahead of Liverpool’s match with Newcastle United, the club release a statement saying UEFA are “investigating a possible anti-doping rule violation by Mamadou Sakho” following the Europa League tie with Manchester United in March. While not yet suspended, Liverpool and Sakho agree he should not be available for selection.

April 28, 2016: Sakho’s season is officially over after UEFA open disciplinary proceedings and suspend him for 30 days. It later emerges that Sakho asks for the suspension.

May 28, 2016: UEFA chose not to extend the 30-day ban, leaving the player free to play. However, he has already missed Liverpool’s Europa League final defeat to Sevilla and is not named as part of France’s squad for Euro 2016.

July 8, 2016: The centre-half is cleared after UEFA’s independent Control, Ethics and Disciplinary Body drop the case. The news breaks during Liverpool’s preseason friendly with Tranmere Rovers and fans respond by chanting his name. “I knew I had done nothing wrong,” Sakho says in a statement.

July 12, 2016: The Frenchman’s return is put on hold as Jurgen Klopp says Sakho will be out for a month after picking up an Achilles tendon injury.

July 26, 2016: Sakho is sent home from Liverpool’s preseason tour to the United States. The club do not disclose the reasons.

July 27, 2016: Klopp later reveals Sakho is back in the UK because he repeatedly broke club rules. The Reds boss says Sakho nearly missed the outbound flight to America, skipped a rehabilitation session and was late to a team meal.

Aug. 30, 2016: Sakho is told that he needs to leave on loan in order to save his Liverpool career, but goes on to reject the chance to move to Stoke City.

Aug. 31, 2016: The transfer deadline passes and Sakho stays at Anfield despite Liverpool’s ultimatum and interest from Stoke and West Bromwich Albion.

Sep. 2, 2016: Liverpool include the Frenchman in their official Premier League squad list for the first half of the 2016-17 season.

Sep. 24, 2016: On the day of Liverpool’s game with Leicester City, Sakho uses Snapchat to voice his frustration at being frozen out. Klopp later admits the situation is “not positive”.

Sep. 28, 2016: Sakho makes a return to competitive football after 162 days out as he plays 90 minutes for Liverpool Under-23s. He is banished from the first-team setup and continues to play and train with the youngsters.

Jan. 9, 2017: Liverpool place a £20 million price tag on Sakho in the hope of selling him during the January transfer window.

Jan. 19, 2017: Liverpool reject a loan offer from Southampton, insisting he will only depart the club on a permanent deal.

Jan. 31, 3017: Hours before the transfer deadline, Sakho joins Crystal Palace for the rest of the season. The Londoners pay a £2m fee and cover the player’s full wages.

April 14, 2017: Then-Palace boss Sam Allardyce says the club don’t have an option to sign Sakho permanently at the end of his loan spell because the “deal was done in the Bournemouth corridor.”

April 21, 2017: UEFA’s Controls, Ethics and Disciplinary Body criticise the World Anti-Doping Agency in a report. They express frustration over the ordeal and say Sakho’s test for higenamine — a fat burner — would not even have taken place had the sample been sent to a different WADA laboratory.

April 23, 2017: Sakho’s Palace beat Liverpool 2-1 at Anfield and he celebrates with match-winner Christian Benteke, performing a rehearsed handshake. The player is roundly criticised but says “there was nothing behind it.”

April 26, 2017: The 27-year-old is stretchered off midway through a match against Tottenham Hotspur. While there was no damage to his anterior cruciate ligament, the bruised and strained knee ligaments end his season.

May 9, 2017: Sakho is shortlisted for Palace’s Fans’ Player of The Season award — despite only making eight appearances.

May 17, 2017: Palace chairman Steve Parish confirms the club will hold negotiations over the possible permanent signing of Sakho.

May 23, 2017: Allardyce resigns as manager of Crystal Palace after keeping the club in the Premier League.

June 26, 2017: Frank de Boer is introduced as new Palace boss and says he will “look at what we need” before deciding whether to attempt to sign Sakho.

June 27, 2017: Sakho posts a video on his Twitter account of him working out on an exercise bike at Liverpool’s Melwood training ground with the message “back to work.”