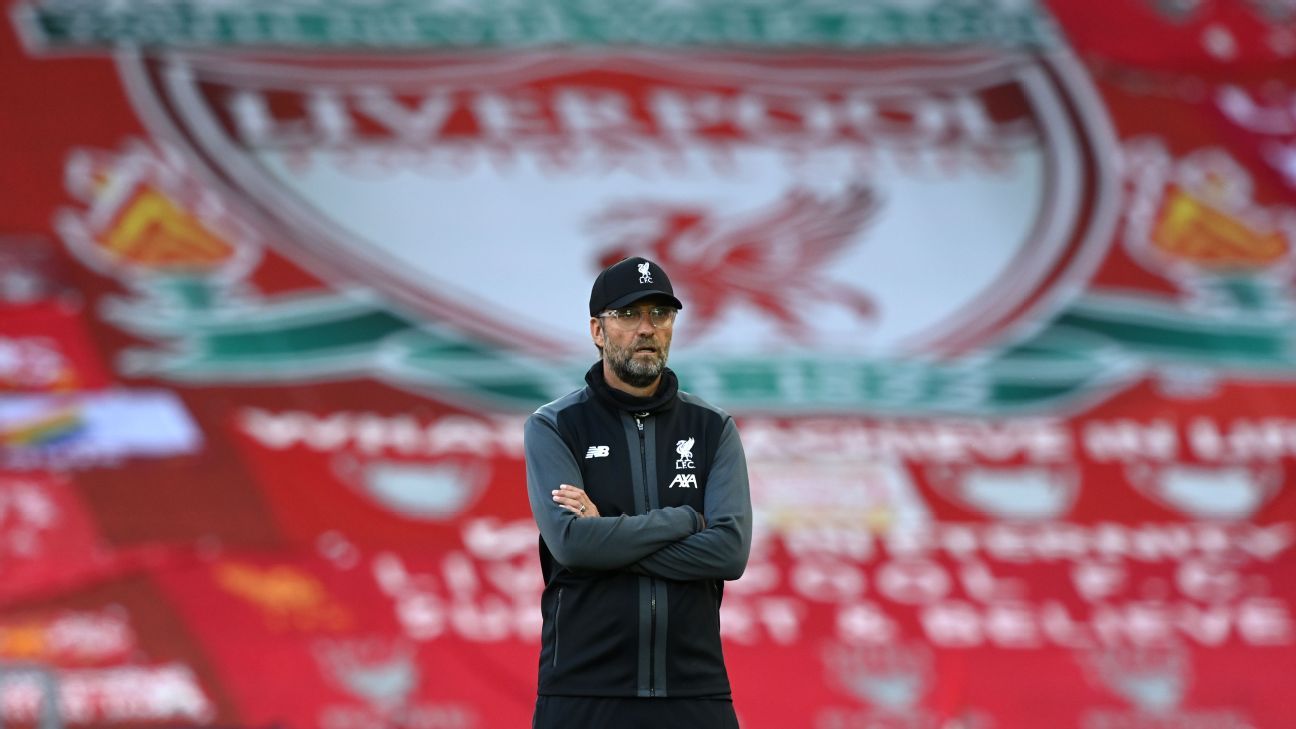 
Jurgen Klopp has said his long-term ambition for Liverpool is to have a team full of local talent.

Klopp ended Liverpool’s 30-year wait for the league title a fortnight ago but said afterwards that he would not hand out games to the club’s young talent like “Christmas presents” and insisted they had to earn the right to play for the Premier League and Champions League holders.

– What did you miss? The latest from Europe’s top leagues

At a news conference ahead of the Premier League trip to Brighton on Wednesday, he added that talented hard workers would be rewarded and that he dreamed of fielding a team full of Scousers — the term used for someone from Liverpool.

“We want to be the club where everyone with a Scouse soul wants to play,” he said. “If you love football, if you are talented, if you are ready to work hard then we want you to be here but for that we need to show the boys that there is a way through.

“To be able to do that we have to show there is a pathway through to the first-team.

“The dream in the long-term is that we have a team full of Scousers. Why not? They would fight like crazy.”

On Monday, 17-year-old Harvey Elliott signed his first professional contract with Liverpool after joining the club from Fulham in 2019.

Speaking about the addition of Elliott and Curtis Jones to the squad, Klopp said he had a lot of hope for the future of Liverpool.

“As a football club we are not worried about our future,” he said. “We have a good team.

“The future is already prepared with a few really, really good footballers around and I’m really happy that the boys see it the same way because I said it a lot times that for young players the biggest plus they have is time. But in the moment when they lose patience things go exactly how they should not go and our boys want to play, want to be involved.

“Our academy is producing a lot of good players in the last few years and we are really happy that the boys want to commit even if for the first time in their lives they don’t play week in, week out but they have a lot to learn and we give them the time to do so.”