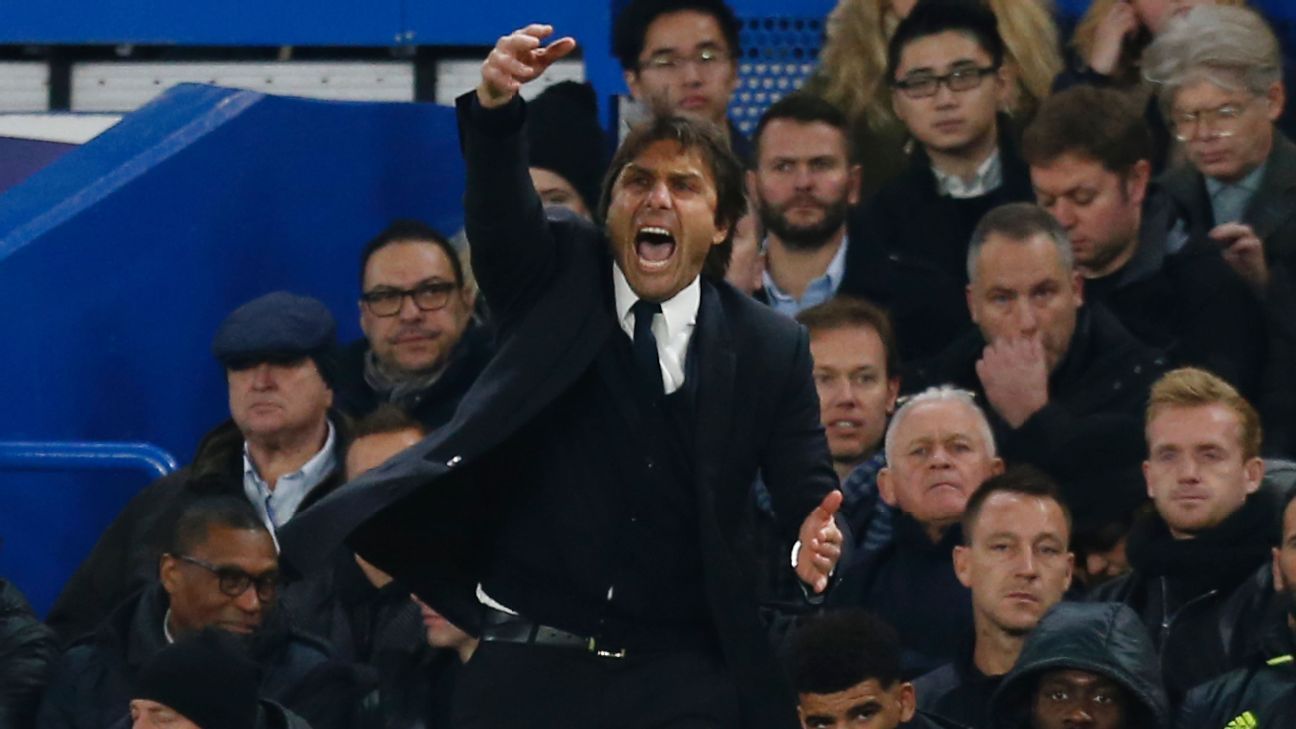 
Chelsea’s ongoing transfer stasis on the striker front is starting to grate once more on supporters, who had been hopeful of a big-name player being announced ahead of manager Antonio Conte and his squad reconvening for preseason training.

Fans are right to feel aggrieved, because the status quo has rekindled rumours that Conte, who swiftly attained hero status on an unprecedented scale at Stamford Bridge, might depart in a fit of frustrated pique.

A month ago, Conte was widely reported to be disillusioned with the perceived lack of support for his transfer plans, and though Chelsea moved swiftly to dispel the rumours, the current scenario does little to instill confidence that all is well.

A large part of the appeal and aura that surrounds the manager relates to the fact that the 47-year old wears his heart on his sleeve. An animated figure on the touchline from kickoff to final whistle, in his mind Conte is kicking every ball and involved in every pass and move.

Ecstatic when Chelsea score and win, despondent when they concede or lose, such head-strong simmering passion has a propensity to boil up and bubble over when things don’t go to plan. Conte’s much-publicised spats with wantaway striker Diego Costa are evidence enough of the tempestuous aspect of his personality.

One of the biggest transfer sagas of the summer involves former Chelsea player Romelu Lukaku, whose will-he-won’t-he move back to Stamford Bridge appeared to have finally reached “done deal” status several days ago. Lukaku to Chelsea is a transfer that was being talked up not long after Conte joined the club last year but failed to materialise.

Instead, the striker’s lesser-known countryman Michy Batshuayi was brought in. Although a decent prospect, £33 million seemed a lot of money to pay Marseille for a 22-year-old and, as it transpired, he scarcely featured in Conte’s first-choice starting XIs as Costa remained the focal point of the Blues attack.

It has been reported that Batshuayi was brought in at the behest of technical director Michael Emenalo, who has been at Stamford Bridge for more than a decade but failed to win over many supporters sceptical about his football pedigree and his influence over owner Roman Abramovich. Emenalo was at the club when Lukaku was bought and sold previously.

Whoever is in charge of transfers, there is an increasingly shambolic aspect to Chelsea’s attempt to offload Costa and sign a replacement. The striker apparently only wants to play for Atletico Madrid if he is sold and his transfer market value as a consequence has diminished drastically from the sums being bandied about in January when a move to the Chinese Super League was under consideration.

Almost by the hour, the favourite to replace Costa changes from Lukaku to Alvaro Morata of Real Madrid, with Andrea Belotti of Torino and Fernando Llorente of Swansea also mentioned!

The latest reports suggest that a deal had been reached for Lukaku to join Manchester United for £75 million, which caused consternation among Chelsea fans beginning to wonder if a repeat of the summer of 2015 is in the offing.

Back then, Jose Mourinho, who had just guided Chelsea to the league title, was left exasperated by the club’s failure to land major reinforcements. The champions’ subsequently declined and Mourinho departed before Christmas, amid much acrimony.

Could history repeat itself? It’s hard to believe that Abramovich would allow it but the Russian can do little more than make money available for transfers, which he has always done.

Peace of mind would be achieved by announcing the sale of Costa and the arrival of a world-class striker, but there is little to suggest that this will happen anytime soon. As such, frustration and speculation continues to mount.