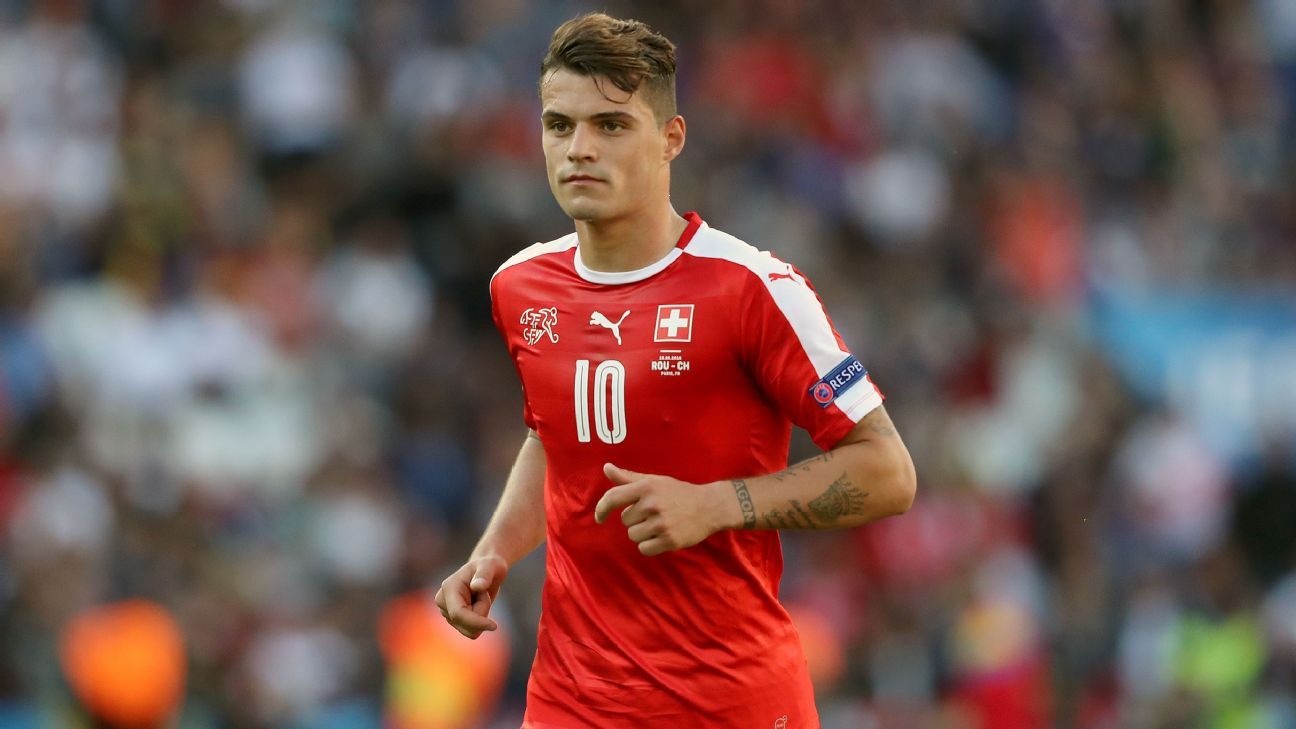 
Switzerland midfielder Granit Xhaka suffered an injury scare after he hurt his knee during a training session on Thursday, but an scan showed he only has a bruise.

The Arsenal man sustained an injury to his left knee in a challenge while training in heavy rain with his international teammates in Lugano, the Swiss Football Federation said.

He was not taken to hospital, but was assessed and treated by the team doctors and an MRI showed it will not endanger his World Cup participation.

He will miss Sunday’s friendly with Spain, but is not a doubt for the World Cup but could be back for Swizerland’s second warm-up match against Japan, with their World Cup campaign starting against five-time champions Brazil on June 17.

The 25-year-old has struggled to win over the Arsenal fans since his move from Borussia Monchengladbach in 2016 but is an integral member of the Switzerland side.

Man United’s breakthrough win; Real Madrid’s failure is on Zidane; why Napoli are Serie A contenders
‘We have to look after ourselves’
PSG and Juventus weighing summer swap of Icardi, Dybala
Second World War bombs removed from Roma training ground
The highs and lows of his time at Stamford Bridge