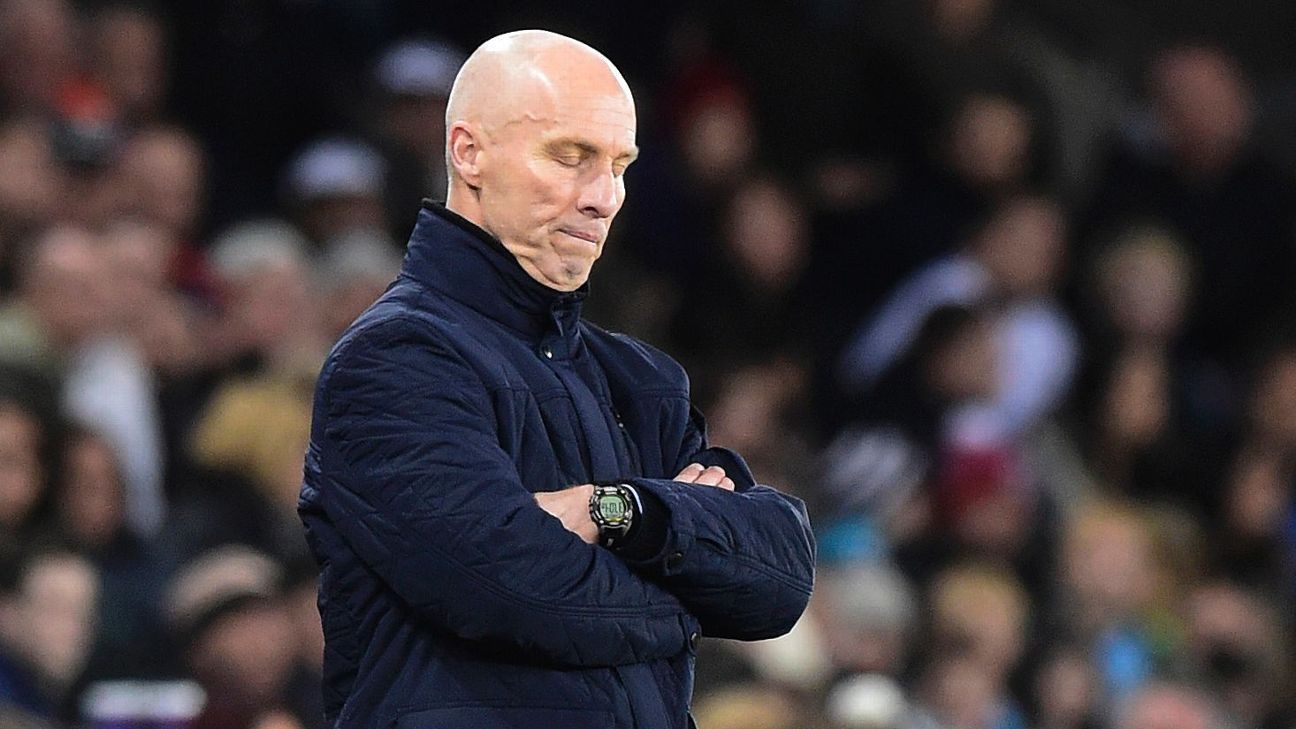 
Bob Bradley drove the Swansea players “mad” during his time in charge of the club, according to striker Borja Baston.

Bradley, the former United States coach, became the first American to take over a team in the Premier League, but he lasted only 11 games as Swansea boss last season.

He was sacked by the club in December after picking up just eight points in the Premier League from a possible 33.

Borja, who joined Swansea from Atletico Madrid last year and departed on loan to Malaga this summer, says the club struggled under Bradley and it was the decision to dismiss him for Paul Clement that enabled them to stay up.

“I arrived with an arm injury that I had picked up at Atletico, and just when I was recovering I had a small problem with my quadriceps,” he told AS. “I recovered from that and was able to play a couple of games, but then they [Swansea] fired the manager who had brought me in [Francesco Guidolin].

“It was difficult after that because the manager who came in [Bradley] drove the team mad. He made lots of changes and we didn’t know what we were trying to do.

“In the end, with the arrival of Paul Clement, the team settled and we managed to stay up.”

Bradley was announced last week as the new manager of Los Angeles FC, the new MLS team that will start play in 2018.

Borja says he did not enjoy his time with Swansea last season after arriving for £15 million, but is looking forward to making an impression at Malaga.

“It was not what I had hoped for. I was really excited to go there after the seasons I had in Spain,” he said. “I arrived as the most expensive signing in Swansea’s history, and at no point did they give me the chance to show what I could do. Right now, I’m keen to feel important to a team again and have a good season.”

He added: “I intend to give my all for Malaga, have a good season, and help the team finish as high as possible. That is my objective. I don’t have more future aims, I think about the present.”