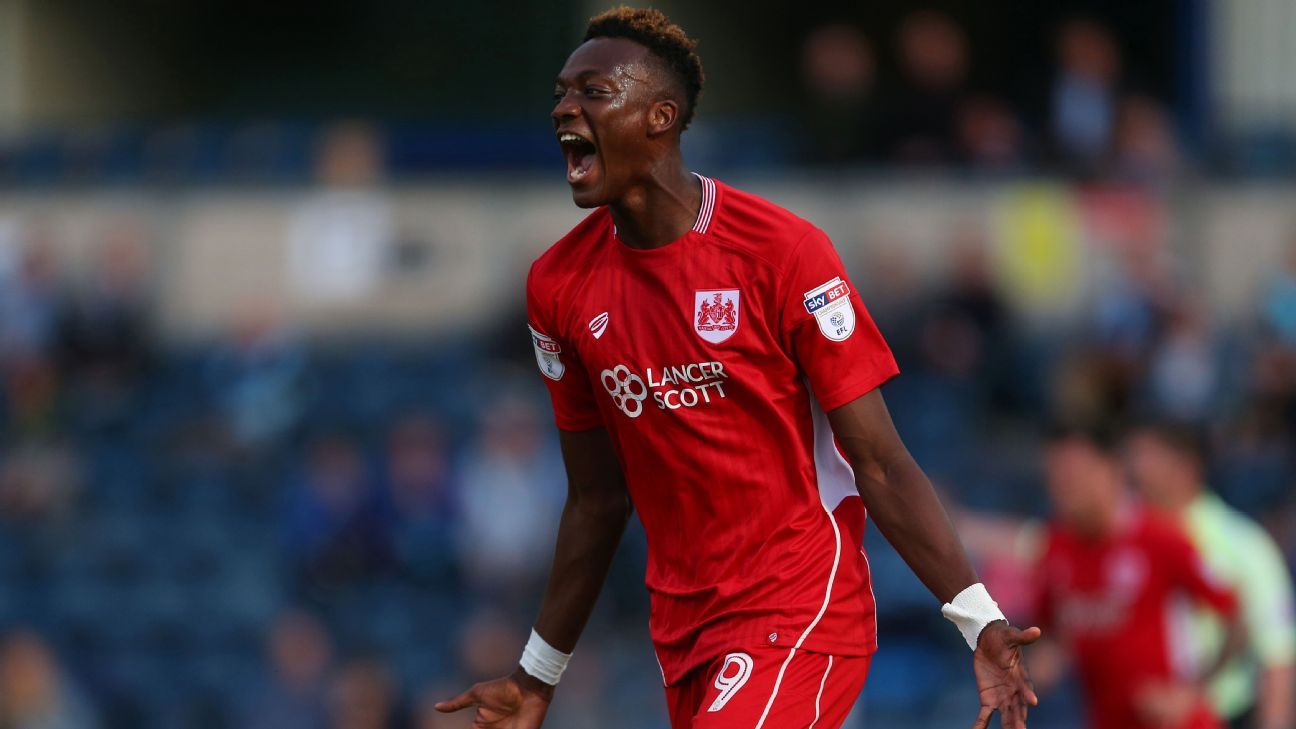 
Swansea want to sign Chelsea’s England under-21 striker Tammy Abraham on loan for next season.

Abraham scored 26 goals for Bristol City in the Championship last season and Swansea chairman Huw Jenkins says the Welsh club are battling Newcastle and Brighton for his signature.

Chelsea are keen for Abraham to gain more experience on loan, and the 19-year-old knows Paul Clement from the Swansea manager’s time as a coach at Stamford Bridge.

“Tammy does not have Premier League experience, but we are interested,” Jenkins told BBC Wales. “Paul knows him from Chelsea. If you look at the options which have been publicised, [they are] Brighton, Newcastle and ourselves. So it is left to Tammy and his family to decide where he wants to go next.”

Abraham is currently with the England U21 squad at the European Under-21 Championship in Poland.

He said last week that he would wait until after the tournament before deciding his next move.

“I’m not too sure [about my future]. Hopefully it will be in the Premier League,” Abraham said. “After this season I need to take myself to the next level. That’s the type of person I am, I always want to do better.”

Swansea hope to add Abraham to their current attack of Fernando Llorente and Gylfi Sigurdsson, both of whom have been the subject of transfer speculation this summer.

“We will do our best to add to the team, not take away from it,” Jenkins added. “We’ve had no direct contact from any club [over players], it is pure speculation and we hope it remains so.

“Keeping your top players is always a difficult one. It is a slow market as the players have been away on international duty. We want to keep our best players and to that end Gylfi Sigurdsson and Fernando Llorente had good seasons with us last year.

“Naturally that causes interest and there is plenty of media coverage, but our aim is to keep our best players and try to add to that.”

But one player who seems set to leave the Liberty Stadium is Bafetimbi Gomis. The 31-year-old has one year left on the deal he signed in 2014, but spent last season on loan at Marseille and is nearing a move to Galatasary in Turkey.

“Gomis [moving] to Galatasaray is possible, we have been talking,” Jenkins said. “Paul has a fair bit of money to consider and there are one or two players we are looking to get signed. The main positions we are looking for [with the way that we play] is a central midfielder and a second striker.

“Those are our main focuses, but there may be one or two other areas if some fringe players leave the club, as some last year didn’t get enough game time.”