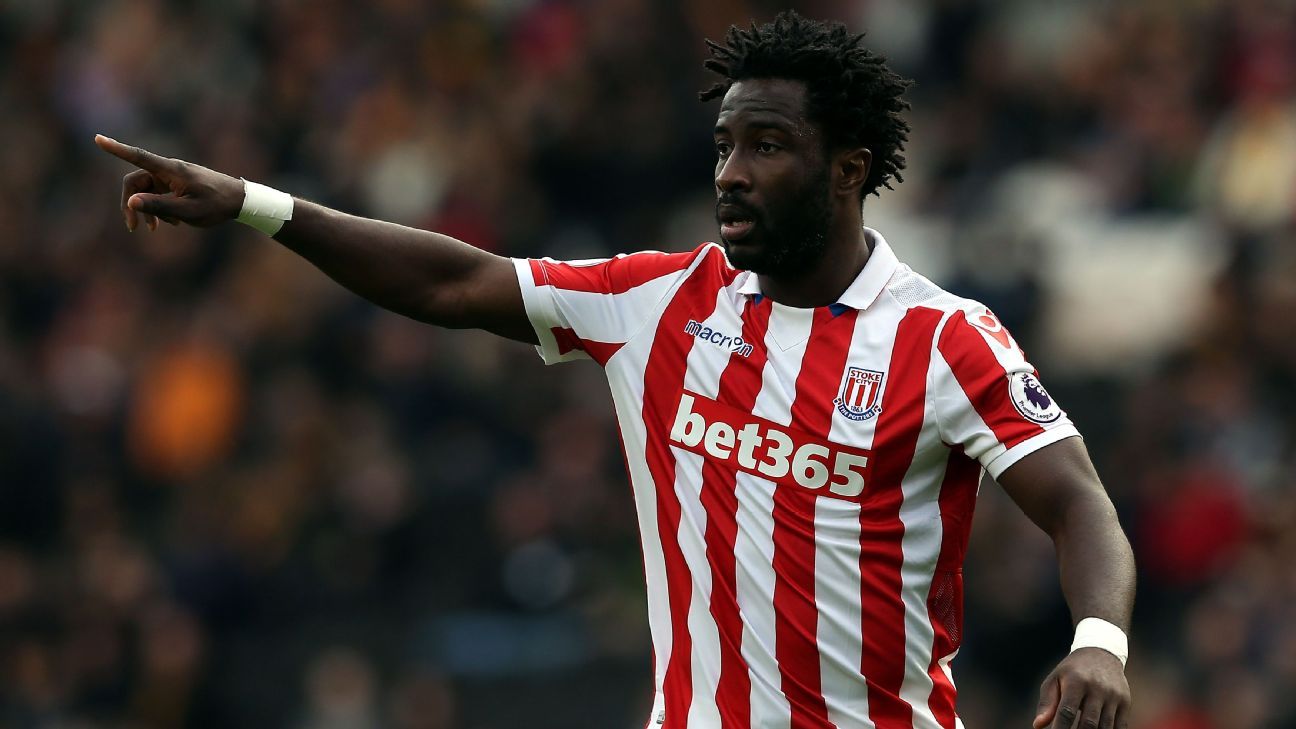 Wilfried Bony is being linked with a return to Swansea City, with reports suggesting that the Welsh club are considering a move to bring the Manchester City striker back to the Liberty Stadium.

The Ivorian became then most expensive player when he was signed by City from Swansea for £28 million in 2015, and the BBC have now reported that the Swans are weighing up a move for the hitman.

Bony has struggled to recreate the form he demonstrated with the Welsh club after moving to the Etihad Stadium, and appears to have no place in Pep Guardiola’s plans.

The 28-year-old initially struggled at City after returning from the 2015 Africa Cup of Nations – where he was victorious with Ivory Coast – scoring two in 10 outings in the second half of the 2014-15 campaign.

He fared no better during Manuel Pellegrini’s final campaign at the Etihad Stadium, finding the net four times in 26 Premier League outings, often finding himself overlooked in favour of youngster Kelechi Iheanacho when Sergio Aguero was out injured.

Following Guardiola’s arrival last summer, Bony was immediately dispatched on loan to Stoke City, but didn’t feature during the second half of the campaign after scoring two in his first 10 league outings for the Potters.

Despite his toil in recent seasons, Bony appears to have no shortage of admirers, with Marseille, Lille, Fenerbahce and clubs in China just some of the potential destinations for him during the ongoing transfer window.

According to the BBC’s report, Swansea may only move for Bony if Fernando Llorente leaves the Liberty Stadium, with Chelsea rumoured to be interested in the Spain international.